Revealed to be useless for treating COVID-19, the hydroxychloroquine stockpile epitomizes presidential incompetence 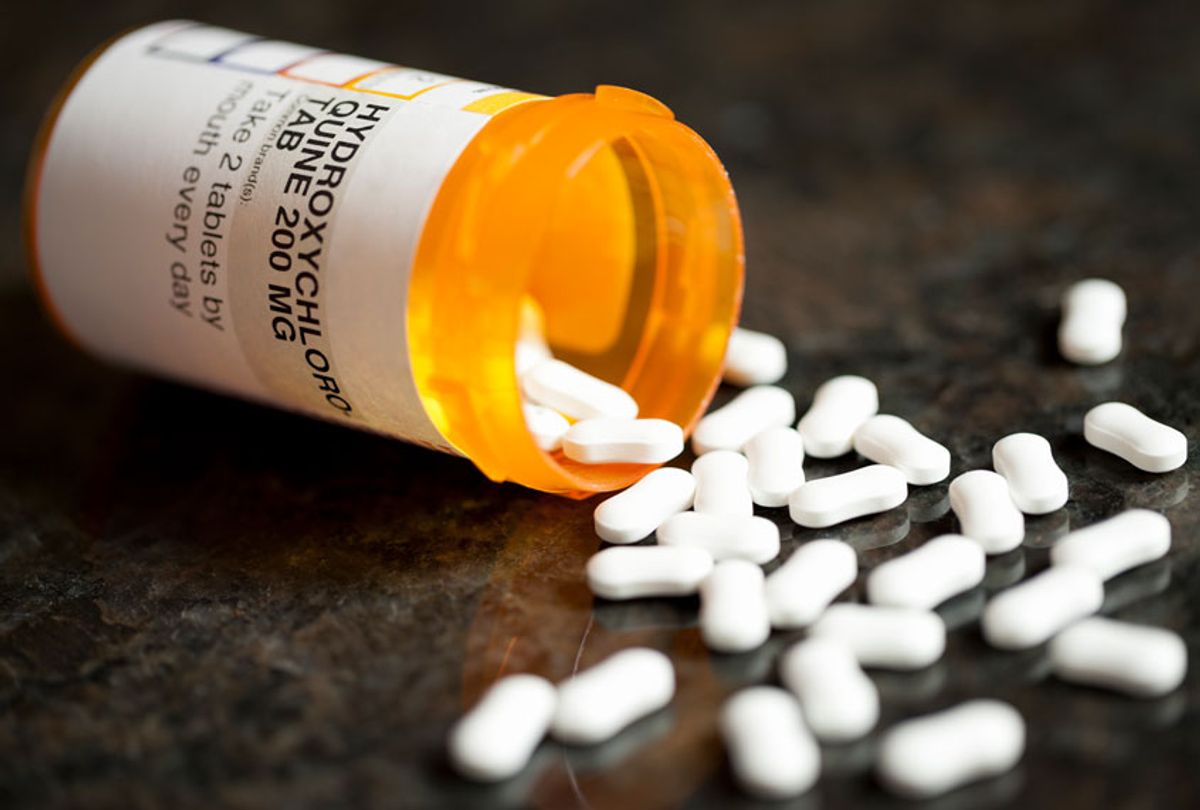 HydroxyChloroquine pills spilling out of a bottle (Getty Images)
--

For months, President Donald Trump touted the anti-malarial drug hydroxychloroquine as a treatment for the novel coronavirus — despite there being no evidence to substantiate his assertion.

Now, mere days after Food and Drug Administration scientists revoked hydroxychloroquine's emergency use authorization — stating that it is "no longer reasonable to believe" that hydroxychloroquine "may be effective in treating COVID-19" — the federal government is stuck with a stockpile of 63 million doses of the drug that it cannot use.

Trump has advertised hydroxychloroquine as a coronavirus miracle drug on a number of occasions, telling reporters that he has taken the drug and claiming that he knows of people who have gotten better after taking it. Conservative commentators like former White House adviser Sebastian Gorka (who also claims to have taken the drug) and Fox News hosts Sean Hannity and Laura Ingraham have also sung the drug's praises, mimicking Trump.  His fervor for the drug became a partisan issue, with many of his followers rushing out to their doctors to obtain prescriptions for hydroxychloroquine.

The president's incentives for supporting hydroxychloroquine may not be entirely ideological. Trump reportedly has a $3,000 investment in Sanofi, a company that manufactures hydroxychloroquine, and has professed tremendous admiration for BlackRock CEO Larry Fink, who serves on the council advising his economic response to the pandemic and has much larger financial stakes in companies involved in selling hydroxychloroquine.

Regardless of his obscure reasons for pushing hydroxychloroquine, the net effect is that America has amassed a stockpile it can not use, barring a malaria outbreak (which hydroxychloroquine is approved to treat).

As briefly mentioned above, Food and Drug Administration chief scientist Denise Hinton wrote to Gary Disbrow of the Biomedical Advanced Research and Development Authority on Monday that the agency had "concluded that, based on [n]ew information . . . . it is no longer reasonable to believe that oral formulations of [hydroxychloroquine sulfate] and [chloroquine phosphate] may be effective in treating COVID-19, nor is it reasonable to believe that the known and potential benefits of these products outweigh their known and potential risks."

As a result of that conclusion, the FDA revoked its emergency use authorization for the drugs, meaning that hydroxychloroquine can no longer be made available as a novel coronavirus treatment despite having not been officially approved.

Trump has made many other mistakes in addressing the crisis. In 2017 he instructed the Department of Homeland Security to stop the pandemic modeling that it had performed since 2005 and pushed for a 20 percent budget cut to the Centers for Disease Control and Prevention. The following year he pushed for $900 million in budget cuts to the CDC, fired a national security team member who was advocating a biodefense plan in the event of a pandemic, and disbanded the global health national security team. In 2019, Trump got rid of a U.S. Agency for International Development program that existed to warn America about possible public health threats and disregarded his Council of Economic Advisors when they warned him that a pandemic could kill up to half a million Americans.

Even though the novel coronavirus pandemic was announced as 2019 turned into 2020 — and Trump reportedly was warned about it by his advisers on January 3 — he dismissed their concerns as "alarmist," reassured a television audience that "we have it totally under control" and refused to implement policy recommendations in a "pandemic playbook" developed by President Barack Obama's administration for the purpose of protecting the American workforce. He continued to push for cuts to Health and Human Services, ignored memos written by HHS and the National Security Council calling for "significantly limiting public gatherings and cancellation of almost all sporting events, performances, and public and private meetings that cannot be convened by phone" as well as school closures and stay-at-home orders, and repeatedly dismissed or downplayed the threat. Between the time he was first briefed on the crisis (January 3) and his declaration of a national emergency (March 13), he held a number of rallies (seven) and golfing outings (three).

Medical experts express dismay at the politicized saga of hydroxychloroquine. David Holtgrave — the dean of the School of Public Health at the University at Albany, who co-authored a study of hydroxychloroquine as a treatment for coronavirus — told CNN, "Nationally, we put a great emphasis on one drug, hydroxychloroquine. I worry that history will judge this as having over-invested in one treatment pathway as opposed to looking more broadly at a larger number of treatment candidates."