John Bolton: Jared Kushner is the most powerful person in Trump's White House 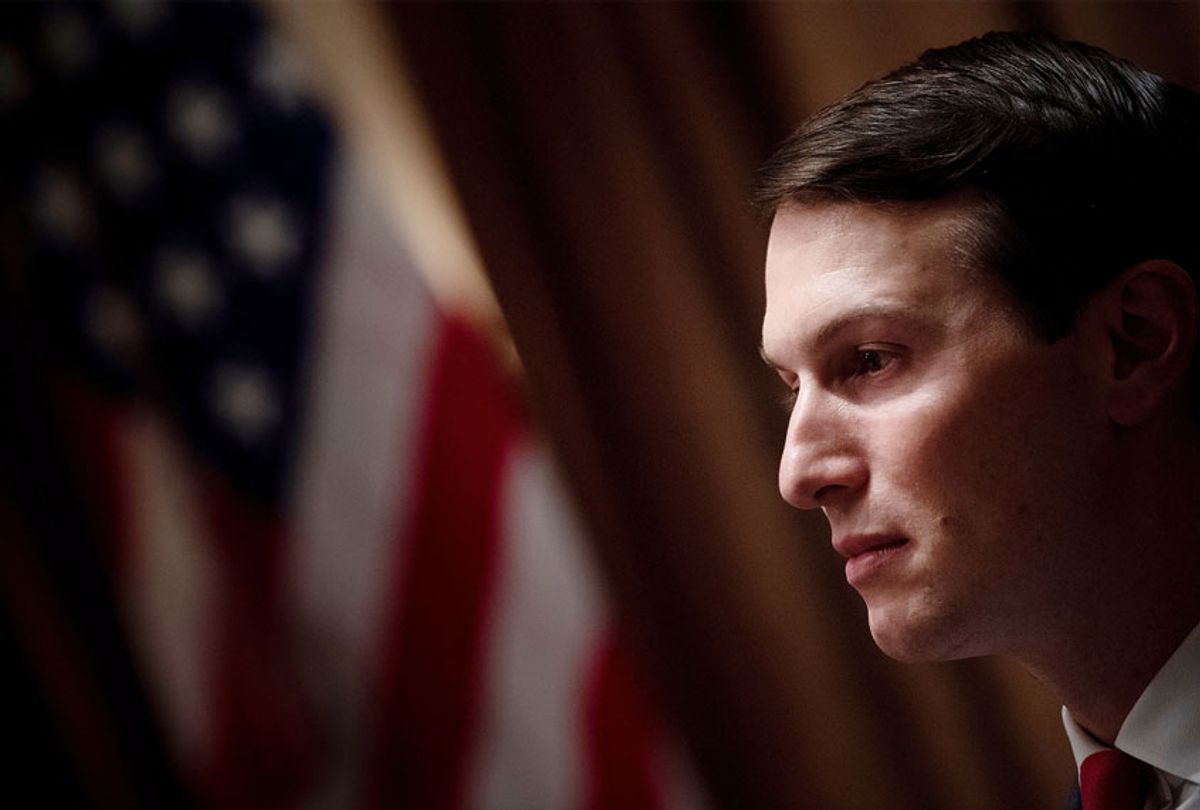 Former Trump national security adviser John Bolton revealed in an interview with ABC News broadcast Sunday that the most powerful person in the White House was Jared Kushner, the president's son-in-law.

"Next to the president, who held the most power in the White House?" ABC News' Martha Raddatz asked Bolton.

"It varied from time to time," Bolton responded. "The sustained answer to that question . . . is Jared Kushner."

Bolton would not say whether he believed Kushner was "the most qualified person" for the jobs in his portfolio, which have included the border wall, criminal justice reform, a Middle East peace deal, the opioid epidemic, trade with Mexico, as well as the public health and economic responses to the coronavirus pandemic.

The husband of first daughter Ivanka Trump also leads the White House arm of the president's re-election campaign. After Saturday's ill-attended rally in Oklahoma, The New York Times reports that "he will be among those to whom the president turns to figure out what rallies look like going forward."

Kushner was said to be "pissed" at campaign manager Brad Parscale over the thousands of empty seats at what was supposed to be Trump's "comeback" following weeks without a rally due to coronavirus restrictions. It is unclear if he may have taken the reins from Parscale, at least temporarily.

Kushner's qualifications for the lead White House job include briefly running a newspaper, taking on hundreds of millions of dollars in real estate debt and knowing the president well after marrying his eldest daughter. The power couple has made north of $100 million during their time at the White House.

In the interview, Bolton later added that if Trump were re-elected, "members of his family" — specifically Jared and Ivanka — would tell him to give a Supreme Court seat to a liberal justice.

"But let's imagine he's re-elected and a member of the liberal side of the Supreme Court leaves," Bolton said. "I could imagine advisers that he has now saying, 'You know, you nominated two wonderful conservative justices in your first term. Now, think of your legacy. Think of the balance of the Supreme Court. Nominate equally competent liberal justices in your second term so that you leave the balance of the court as it was when you came in — what a legacy that would be.'"

Bolton did not push back when Raddatz guessed that "family members" meant Jared and Ivanka.

Over the last week, Bolton's new White House memoir, "The Room Where It Happened," has dominated headlines as the Trump administration seeks to muzzle publication amid numerous leaked excerpts of embarrassing and incriminating material in the press.

After a dispute over wether he was fired or resigned, it is no surprise that Bolton has bones to pick with Trump, and the president's critics have happily picked up his recollections as describing someone dangerously unfit and fatally compromised by self-interest. However, the administration's former top national security official — a famously arrogant foreign policy interventionist and neconservative war hawk who has few friends in Washington — also finds himself on a political island, spurned not only by the White House but also by Democrats, whom he has called out as fickle and too weak to take on the president.

"I think the way the House advocates of impeachment proceeded was badly wrong," Bolton told Raddatz on Sunday. "I think it was impeachment malpractice."

He added that congressional Democrats were "almost as bad" as Trump and his Republican enablers, describing impeachment proceedings as a "partisan catfight."

"They didn't want to mess up the Democratic presidential nomination. Now, I find that conduct almost as bad and somewhat equivalent to Trump," Bolton added. "That they're torquing one of the gravest constitutional responsibilities the House of Representatives has — the power of impeachment — around their presidential nomination schedule."

Bolton pointed to several instances of impeachable conduct which mirror Trump's self-interested actions in the Ukraine scandal, saying in Sunday's interview that Trump was "marked" by foreign leaders "eager" to get the president alone to "flatter and manipulate" him.

However, as the president's lead foreign policy adviser and policymaker, Bolton has unique insight not only into how the president has carried out his international responsibilities — "There was an unwillingness . . .  to do systematic learning so he could make the most informed decisions" — but also how the White House works internally, as well as how the two are sometimes wed.

When pressed to explain his earlier claim that Trump only issued a statement after the Saudi royal family directed the murder of Washington Post journalist Jamal Khashoggi because the president wanted to "divert attention from Ivanka" and stories about her use of private email, Bolton balanced the allegation.

"Now, in fact, he also strongly believed in the statement that he made about U.S. policy vis-a-vis Saudi Arabia despite the killing of Khashoggi because of the arms sales relationship and other things," Bolton said.

"But it was very much on his mind that day that his daughter was taking some heavy hits in the press and absolutely guaranteed this diverted everyone's attention," he added.

The president has fulminated publicly and privately over Bolton's statements, tweeting that Bolton was a "wacko" and "incompetent" and asking aides whether they believe Bolton's decision to release his book without finishing the pre-publication review process was a prosecutable.

"'Do you think he's going to go to jail for this?" Trump is said to have asked advisers.

Attorney General William Barr has pushed back aggressively against publication of the book — which the Department of Justice argues still contains sensitive classified information — and federal prosecutors were reported Wednesday to be mulling an indictment. While the government will succeed in garnishing all proceeds — and possibly Bolton's $2 million advance — legal experts agree that prosecution will be tricker.

"This weird thing is only going to get weirder if criminal charges are filed," Bradley Moss, a national security attorney who has walked numerous clients through classified review, told Salon.

"We've seen countless prosecutions of leakers of classified information," he continued. "But, as far as I'm aware, this would be the first time criminal charges would arise out of the pre-publication process."

"The only poetic justice in this case is that the government is seeking Bolton's profits, including his $2 million advance," Barb McQuade, former US attorney and professor of national security law at the University of Michigan, said.

"If all Bolton wanted was to tell his story, he could have done so by testifying before Congress at the impeachment inquiry," she added.