McGrath edges out progressive Booker in Kentucky primary, setting up duel with McConnell in November 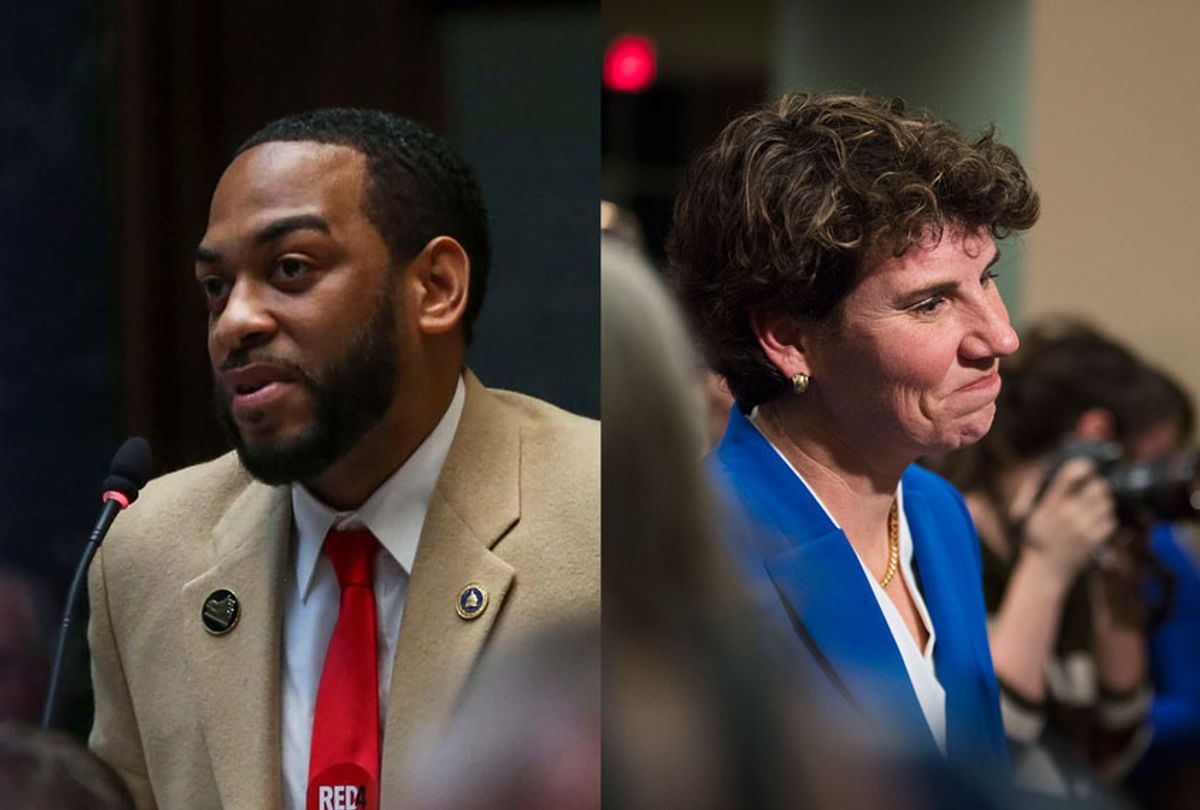 Booker held a slim lead after primary ballots were cast on June 23. But only in-person voting had been counted and reported, which accounted for a small fraction of the vote following Kentucky's recent statewide expansion of vote-by-mail. For every in-person vote cast in Louisville on Election Day, there were about ten absentee ballots not yet counted.

The high-profile primary, once thought a lock for establishment candidate McGrath, had in the run-up to primary day drawn national attention. Booker — a popular state senator and progressive millennial from Louisville's poorest zip code — enjoyed a late-game surge against the former combat pilot and well-funded political moderate who was handpicked by Senate Majority Leader Chuck Schumer, D-N.Y., to take on Senate Majority Leader Mitch McConnell, R-Ky., in November.

An upset would have created one of the most compelling national narratives going into Election Day: a Black progressive with a Bernie Sanders-style platform in a deep-red state challenging the most powerful Republican in the Senate, riding the wave of the social justice movement sweeping the country in the wake of the killing of George Floyd by a Minneapolis police officer.

Booker's Black Lives Matter "from the hood to the holler" message, which aimed to unite struggling Kentuckians in cities and rural pockets alike behind progressive ideals, caught fire in Louisville after the recent police shooting death of former EMT Breonna Taylor in her apartment.

It remains an uphill climb to unseat the 35-year Senate veteran, though McGrath netted millions in early contributions, largely because of name recognition generated by nearly upsetting Republican incumbent Rep. Andy Barr in 2018.

She also has the backing of out-of-state donors and national groups such as the Democratic Senatorial Campaign Committee, which this February endorsed McGrath against McConnell.

McGrath, however, squandered much of the goodwill she had built up with left-leaning liberals and progressives in 2018, after declaring her willingness to work with President Donald Trump and saying she would have voted to confirm Supreme Court nominee Brett Kavanaugh. (McGrath later walked that comment back.)

However, outside groups see opportunity for Democrats to take the Bluegrass state. The Lincoln Project, a group of never-Trump Republican political operatives, has plowed money into ads attacking McConnell this year.

"When he fixed the impeachment trial by blocking evidence of Trump's high crimes and misdemeanors, McConnell violated and abased the solemn oaths he took as a United States Senator," Lincoln Project co-founder George Conway previously said. "Add in the fact that, as our ad shows, he's managed to do much better for himself than for the people of Kentucky, and it becomes a no-brainer: McConnell has to go."

And while it is still unclear whether Kentucky Governor Andy Beshear will implement a statewide mail-in voting option for November's general election, such a move would also work in McGrath's favor.

"The federal government is not going to take over the way we do elections," McConnell recently told The Wall Street Journal. "They're done at the state and local level and every state is different. They're fully capable of doing that, as they have for many years."