America is on "the brink of reckoning," and so much more has to be done than just changing names and racist imagery 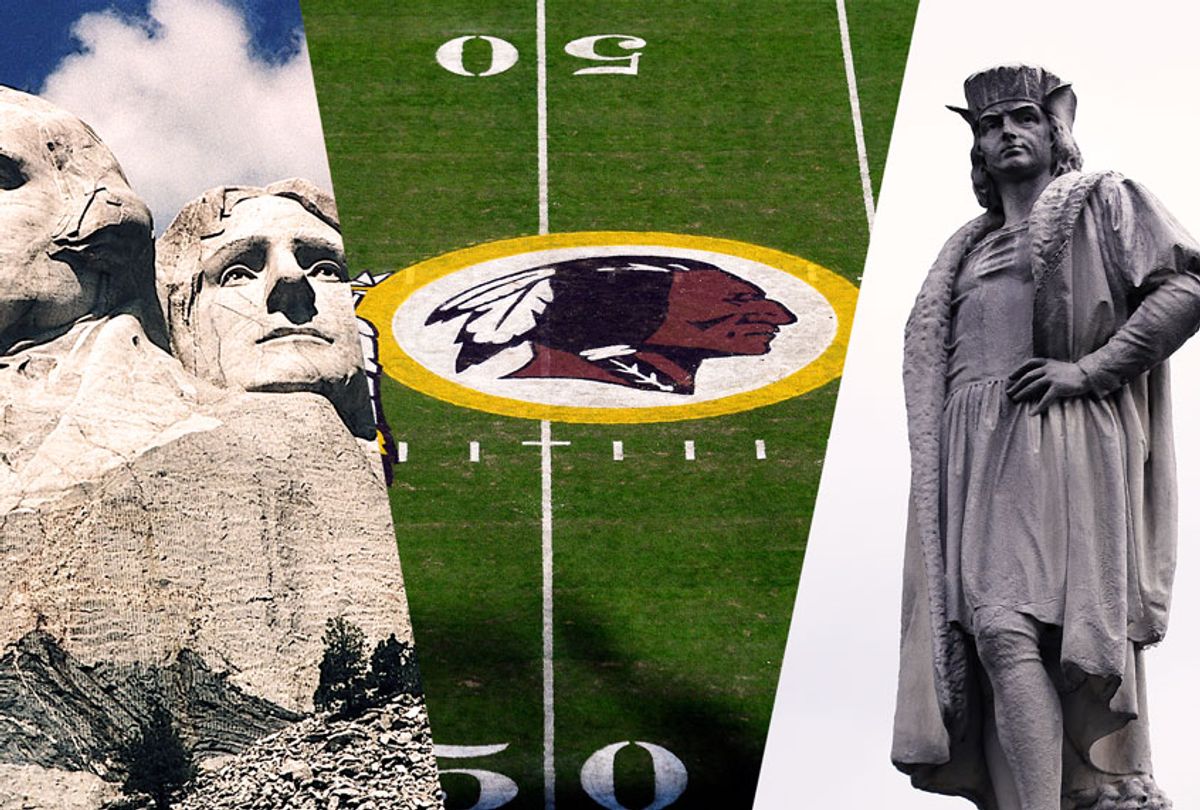 On Monday, Washington D.C.'s NFL team announced that it will change its name, saying goodbye to the moniker that had used a racist slur for Indigenous people. A new name will be unveiled at a later date.

While concerns about the problematic team name and mascot have been raised for decades, the decision to finally change follows on the heels of the Black Lives Matter protests that arose from the police killing of George Floyd in May. The movement has awakened conversations about systemic racism — not only in Black communities, but in other marginalized communities as well.

"I think what these moments have done is they've brought us to the brink of a reckoning," Stephanie Fryberg, a professor of psychology at the University of Michigan and a member of the Tulalip Tribe in Washington state, told Salon. "Indigenous people around this country have stood in solidarity with Black Lives Matter, with Black and brown people, because the same thing that happens to Black people happens to Native people."

Over the past month, several brands (like the infamous Aunt Jemima) have dropped names or logos that are "enmeshed" as Salon's Ashlie Stevens writes, in the "American commercial fabric," but are steeped in deep-rooted racist history against and stereotypes about Black people.

Now, with the NFL team's decision to move away from its racist name and image, will Indigenous communities finally have a more central spot in the national conversation on decolonization?

Before the team's announcement on Monday, Target and Walmart had already taken all team merchandise off of their websites.

Fryberg said racist team mascots, as well as brands and logos, create deep psychological effects on Native children and across Native communities, impacting everything from individual to community worth.

What's more, Native people are largely left out of the conversation on institutional racial discrimination and oppression, she said.

In a 2020 study Fryberg and her team released, she found that 67% of Native Americans who are engaged with their heritage were offended by the Washington D.C. mascot, countering a 2016 Washington Post poll that claimed 9 in 10 were not offended.

Fryberg explained that there's something particularly damaging about racist imagery and names in American sports, where teams are expected to disparage each other. That's how you get chants like, "You'll be next on the trail of tears!"

While the Washington D.C. team has agreed to switching the name — despite owner Dan Snyder's previous comments that the team would "NEVER" change — there's still the Chicago Blackhawks, Cleveland Indians, Edmonton Eskimos, the Kansas City Chiefs, and the Atlanta Braves.

There's also countless colleges and high schools with mascots that invoke racist depictions of Native heritage. Change.org told Salon in an email that there have been over 1,500 petitions created in June for name changes for a mascot, brand, or logo. In a typical month, there are 300.

The biggest sports brand that is working to counteract these harmful images is Nike, which just last week started the video series "Wellness in Motion" featuring different Indigenous athletes and artists.

Land O' Lakes announced in February that they would be redesigning their logo in order to better reflect its history as a farmer co-op, but failed to address the racist roots of the traditional "Butter Maiden" logo.

In June, Eskimo Pie announced that it would be changing its name; their logo depicts a stereotypically clad Alaskan Native person. American Spirit cigarettes shows a Native chieftain, but the company hasn't yet announced any plans to change. Even car companies like Jeep (Jeep Cherokee and Jeep Gladiator Mojave) play into the problem.

Conversations about how the oppression of Indigenous communities has been overlooked has cropped up in entertainment from Taika Waititi's land acknowledgment at this year's Oscars to Hulu's recent "Taste the Nation," which looks at the food in immigrant and marginalized communities in America.

In the episode "The Original Americans," host Padma Lakshmi highlights the food culture in modern Indigenous communities — and the history of traditions like frybread, a food that the Navajo people in Arizona were made to eat when the government forcibly relocated them to New Mexico in the mid-1800s. Navajo Chief and chef Brian Yazzie is part of a movement to reclaim traditional Indigenous cooking. For him, reclaiming this food is a way to ensure that his people's history and culture aren't altered or forgotten.

One could replace this idea of food sovereignty with indigenous sovereignty and de-colonization more broadly. And the removal of racist iconography that valorizes the colonizers.

In Baltimore, protesters toppled a statue of Christopher Columbus and pushed it into the harbor on July 4. Celebrating the famed explorer and his holiday obscures a racial genocide, much like other monuments that were toppled across the country.

These symbols of change have given way to some incremental change. The Dakota Access Pipeline has been ordered shut down and emptied. Oklahoma won a historic 5-4 Supreme Court victory designating half of the state as Native land.

And despite Donald Trump's celebratory pre-independence day visit at Mount Rushmore, there have been calls to tear the monument down, which is built on Lakota land. Not to mention the designer, Gutzon Borglum, has alleged ties to the KKK.

Ultimately, Fryberg emphasized that it's important to recognize that this is only the beginning.

Real change will come when American education encompasses the full history of Native and Indigenous communities' past from the brutality of the forced Trail of Tears and The Long Walk to the ongoing problem of poverty in their communities.

"If we really want to honor Native people in this country," Fryberg said, "we have to start by knowing the real story. And we have to own all parts of that."