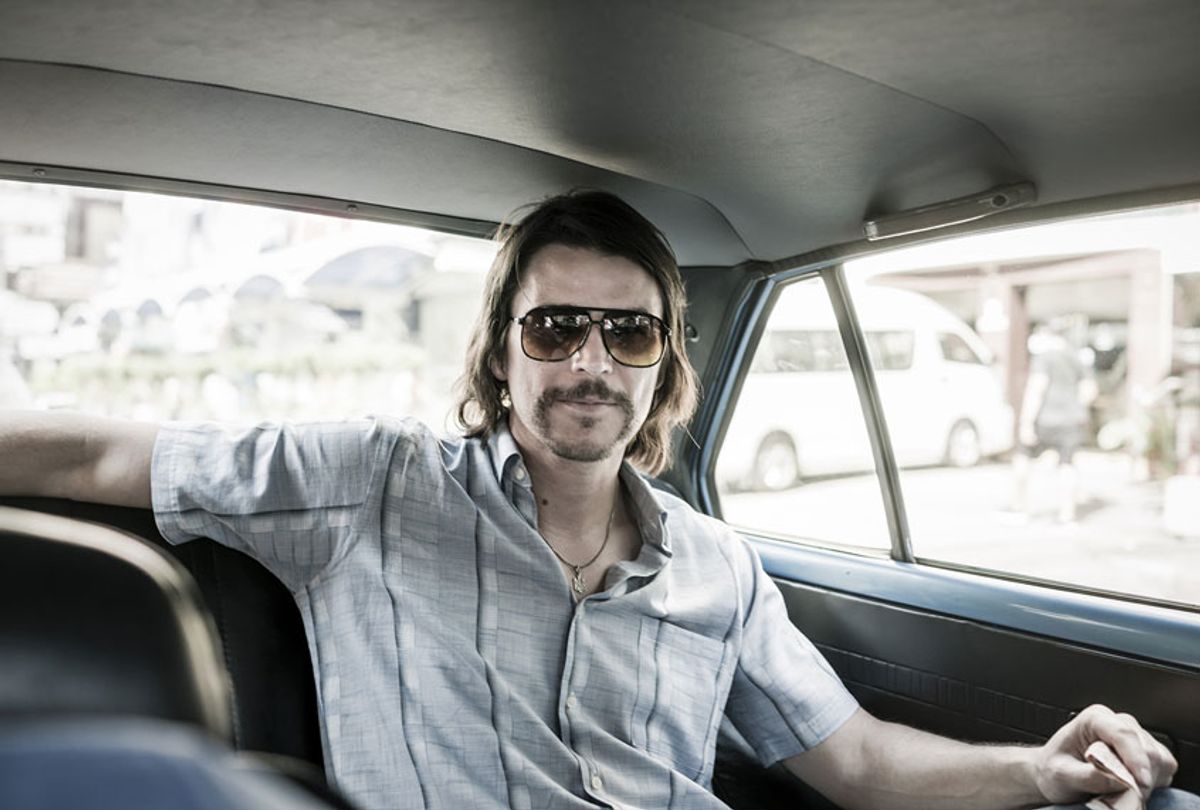 In the terrific ripped-from-the-headlines drama, "Most Wanted," Josh Hartnett impresses in the role of the investigative journalist Victor Malarek. The former heartthrob has become a resourceful character actor since his breakout role in "The Virgin Suicides." (Check out his turn in the deliciously cheesy "The Ottoman Lieutenant.")

Hartnett's character Malarek is looking into the case of Daniel Léger (Antoine Olivier Pilon), who is being held in a Thai prison on drug charges. Writer/director Daniel Roby's absorbing film, inspired by actual events, toggles back and forth in time as the events leading up to Léger's imprisonment and Victor's investigation unfold. As such, Daniel is seen meeting Picker (Jim Gaffigan, fantastic), a source for Frank Cooper (Stephen McHattie), a cop looking to make a big international drug bust, and Victor convincing his boss at the Toronto Globe and Mail into giving him the OK to pursue Léger's story.

When Victor meets with Léger around the film's midpoint, he tells a story that involves corruption, payoffs, and misconduct, including an effort to lie about what happened. Victor's reporting of the truth put his career, his life, and his family in danger.

The scenes in Thailand capture the intensity of the heat, sweat, and smell of the streets and the jail authentically. (Roby was granted access to an actual prison). Such verisimilitude informs Hartnett's performance. He captures Malarek's go-for-broke style of playing the ends against the middle as he fights for justice. The actor chatted with Salon about his tenacious real-life character and making "Most Wanted."

What was your impression of the real Victor Malarek? What did you learn and observe from meeting and talking with him?

He was one of the first people I met on the project. Daniel [Roby] who directed, is an enthusiastic and passionate filmmaker, and he doggedly pursued me to do this and said I had to meet Victor in Toronto. My first impression was that Victor is very charismatic. The charisma he has comes from a sense of his clarity of purpose. He sees things in black and white when dealing with his work — the good and the bad — and he pursues helping the good at the expense of the bad any way he can. I find that clarity and drive combined with the obvious conflict in his personal life was compelling. I liked him, but I wanted to maintain a certain objectivity.

I spoke to Victor before filming and discussed everything going on in his life. He was very open and gave me a lot of access to his life, and when we filmed, he wasn't there on set so we could create the character to fit the story. Victor didn't see anything until the final cut, and his response was great. He said, "It's fairly accurate, but I am better looking than the guy who played me." We'll see what he really thinks about it in his next book.

Victor makes decisions that are dangerous or foolish and puts lives in jeopardy. But he does this to save Daniel Léger. He's a jerk to some folks, and takes some ballsy chances, even putting his family at great risk. What did you think of his character?

That's the thing — Victor looks at his work more as a calling than a job, and that stems from his experiences in his youth at a boy's home where there were structures and powers at play that limited his chances of having a good life. He felt it was his duty to stick up for people, and it's ingrained in who he is. When something is so fundamental to a person's concept of self, he might not be making the choices we would make, but I respect why he is making them. He thought he was putting himself in danger, and not those around him.

"Most Wanted" is about the hubris of some people, the greed of others, and for Victor, a bit of ego. Why do you think this decades-old story has relevance now?

The issues at play still exist. Anytime that there is a story that deals with abuse of power, I'm compelled to watch it. All the elements of this film run true to me. Daniel [Roby] was going to do everything in his power to make this film even though the budget is small, and the locations were far-flung. I believed Daniel could do this and make a great film. I was proven right. It was not an easy film for him to make. It took him 13 years to complete it. These issues have been a constant problem, and this type of film has always been relevant in Canada and the U.S.

Daniel Léger gets a sense the situation he is in is no good but doesn't act on that. Victor, however, has a good bulls**t detector. How about you? Can you sense when someone isn't being honest, when they want to exploit you?

Victor is a man of the world and understands he's nobody's fool. I personally feel more and more like that as I get older, but when I was young, I had a pretty good sense of when people were trying to do things for their purposes, not my own, and that let me make choices I'm proud of. But I could never be an investigative journalist. I don't have that instant bulls**t detector. I think the best of people when I meet them, but that is not Victor's go-to position.

Victor says his work is not about the money, but the process. Is that statement true for you as well?

Looking back, I became addicted to making indie films when I first got started. I blame it on "The Virgin Suicides." It was my first indie film. I worked with Robert Rodriguez [on "The Faculty"], which was more of a Hollywood film, but it had an independent feel. These films really injected this wanting to be a part of an autonomous crew, making the film they wanted to make, and not be beholden to a larger corporation. It has been my constant in this business. I've done some studio films, but not nearly as many as I've done indie films. I'm drawn to it for a lot of reasons, but I have this feeling that Victor has: it just feels more honest to me.

"Most Wanted" is available on demand on Friday, July 24.