"A world beyond fear": Netflix's "Away" questions the pull of Earthbound politics in space 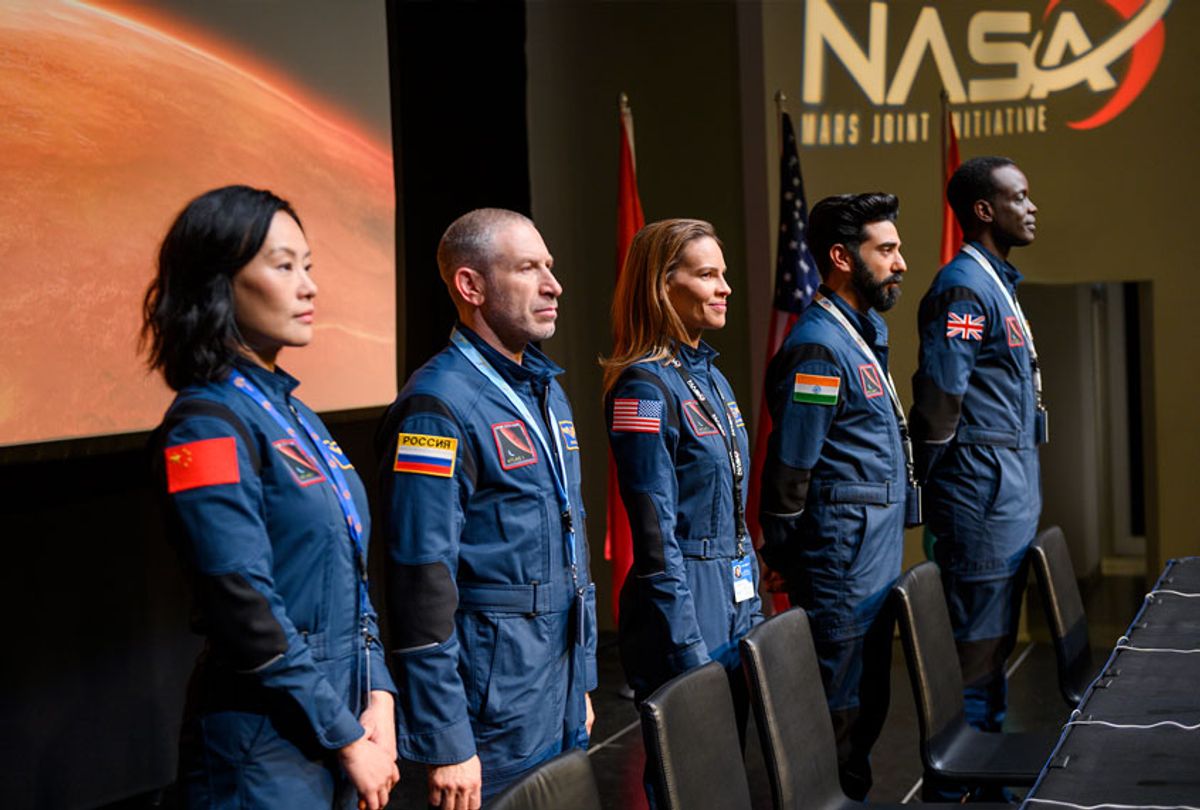 The following discusses details from the ending of "Away" Season 1. For a non-spoilery read, check out Salon's initial story: How a disastrous attempt to pee inspired Netflix's mission to Mars drama "Away"

The first American flag planted on the moon in 1969 may have been blown over by the Apollo 11 exhaust, but that visual, with the spaceman standing alongside, still stands tall in our imaginations. It inspired some of the first images shown during the birth of MTV and even the network's award statuettes. It's also an image that probably stuck in the craw of every country that wanted to get there first.

On Netflix's space drama "Away," astronaut Dr. Lu Wang (Vivian Wu) was slated to be that person for Mars. Although the Atlas mission is a joint initiative involving five countries, China had negotiated for Lu to step foot on Martian soil first, plant the country's flag, and snap a photo of herself saluting it proudly. That would be the first picture sent back to Earth, an image of excellence and nationalism.

"We established from the first episode that she would be the first person on Mars and what she was carrying for her country and for the world because of that was something that I wanted to explore – the full weight of that," series creator Andrew Hinderaker told Salon.

"Away" establishes how the pull of Earthbound politics is strong from the start, even when the show's writers were sitting down to decide which countries to represent on the mission. Lu is the chemist from China, Misha Popov (Mark Ivanir) from Russia, Kwesi Weisberg-Abban (Ato Essandoh) from England, Ram Arya (Ray Panthaki) from India, and Emma Green (Hilary Swank) from the USA.

"Now, of course, the the idea of the U.S. and China working together right now is an impossibility and fraught, but the general consensus was if we're ever going to go to Mars, the the most powerful space programs would have to find a way to work together," said Hinderaker.

"And so that really means the most likely were the U.S., China, Russia, and ESA, the European Space Agency. And then India is gaining such a foothold in space and really becoming a powerful player in space. And of course we wanted to show that our international crew was . . . reflecting a larger diversity."

The series, which was inspired by Chris Jones' detailed article on space also titled "Away," isn't just science fiction because it imagines where spaceflight has yet to take us, but for also speculating on what happens when Earth politics are pushed aside, at least by five astronauts alone on a planet all to themselves. Over the course of 10 episodes and many potentially mission-ending mechanical difficulties, the crew of the Atlas come together just before touchdown, embracing what they once rejected in each other, whether it's religion, sexuality, sentiment or even disability.

Misha's eyesight began to fail – many astronauts on longterm flights experience visual impairment, among other issues – which he tried to hide initally, angering the crew for endangering their lives. Later however, as he adjusted to that visual deterioration by using his other senses, that inspired Lu to think of other ways to "see." When Mission Control lost all communication with Pegasus, the capsule of essential supplies that was supposed to land on Mars ahead of them, she used the InSight rover's seismometer to "see" with sound. A telltale sonic boom indicates that Pegasus had indeed breached Mars' atmosphere, saving the mission. 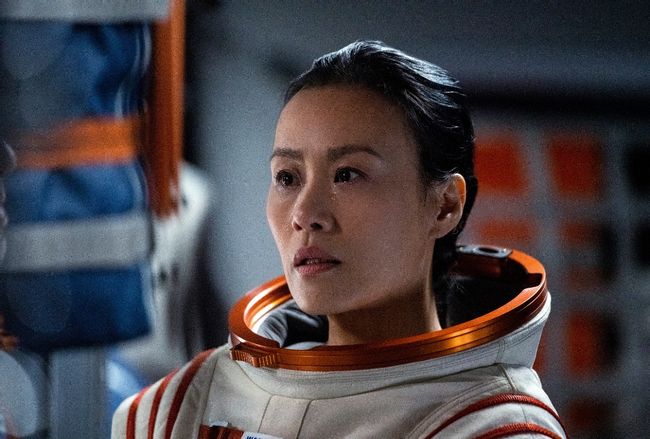 In the end, China may have gotten the photo they wanted had they not at first stipulated that Lu's reflective visor should be pulled down, hiding her face. "I do not exist. I only exit if the motherland exists," Lu laments upon receiving the instructions. After trying and failing to use the promised photo as leverage to get her girlfriend reinstated at Mission Control, it was a foregone conclusion that Lu would rebel against orders in some way, especially after Misha commiserates with her.

"Motherland is just an idea. Borders don't exist," he says. "The only thing that matters is the people you love. What you owe them, you've already paid. And if they're not proud of who you really are they're just stupid fools."

Encapsulating the new world order, at least for Mars, the photo Lu sends back shows her with her visor up, along with the four other astronauts all showing their smiling faces. No flag is present.

"That photo was inspired by when showrunner Jessica Goldberg, Chris Jones and I went to Jet Propulsion Laboratory watching InSight, which is not a rover as in the show, but a probe. We got to be there with the people who designed that probe watching in real time, and this this thing was going to either burn up or not," said Hinderaker.

"There was the moment of the intensity of that the elation when it landed successfully, but then the moment when InSight sent back the first image, this dust-speckled image of a different planet, we all just started bursting into tears. Chris turned to me and said, 'Now imagine if there had been people in it.' And so I knew that it would end with a photo at that point. And then when writing the episode, I remember a light bulb moment of thinking, 'Okay, I know what the photo is going to be.'"

Despite all the challenges the crew faced, Hinderaker always knew he wanted to get the Atlas to Mars by the end of the series.

"I knew that from the moment the show was pitched it would start with Emma looking back at Earth from the moon and end with her looking back at Earth from Mars," he said. "I hope that we can have future seasons. But I wanted to approach it as, 'What if this is all you get? What is the image you want to be the world?' So the photograph they sent back is how I wanted it to end."

All filming on "Away" had already completed by the time our world went on lockdown, so much of the editing and post-production occurred during quarantine. It's too early to tell if "Away" will get another season, and even if it's ordered, there's no knowing when it could possibly start shooting safely. Although some of Hollywood has opened up, already one A-list actor had tested positive for coronavirus putting a halt to shooting.

Regardless, Hinderaker has already started thinking about what the future could hold for the crew of the Atlas. From Ray Bradbury's "The Martian Chronicles" to Andy Weir's "The Martian," humanity has been fixated with the idea of establishing a life on the Red Planet for decades. A possible Season 2 – and beyond – holds many scientific and sociological possibilities.

"By going to Mars, not only might we discover where life came from or that life still exists, or how Mars became the way it became, and that will tell us what could happen to Earth, but it's the idea that those might not even be the most important discoveries we make. That there are discoveries we can't even fathom, that you're participating in the kind of exploration that allows you to understand that the Earth isn't flat – to most of us," said Hinderaker.

"We ended the show with that image of the five of them, and it's very conscious that there's not a flag there. Kwesi gives a prayer before they go down that ends with, 'Let us discover a world beyond fear.'