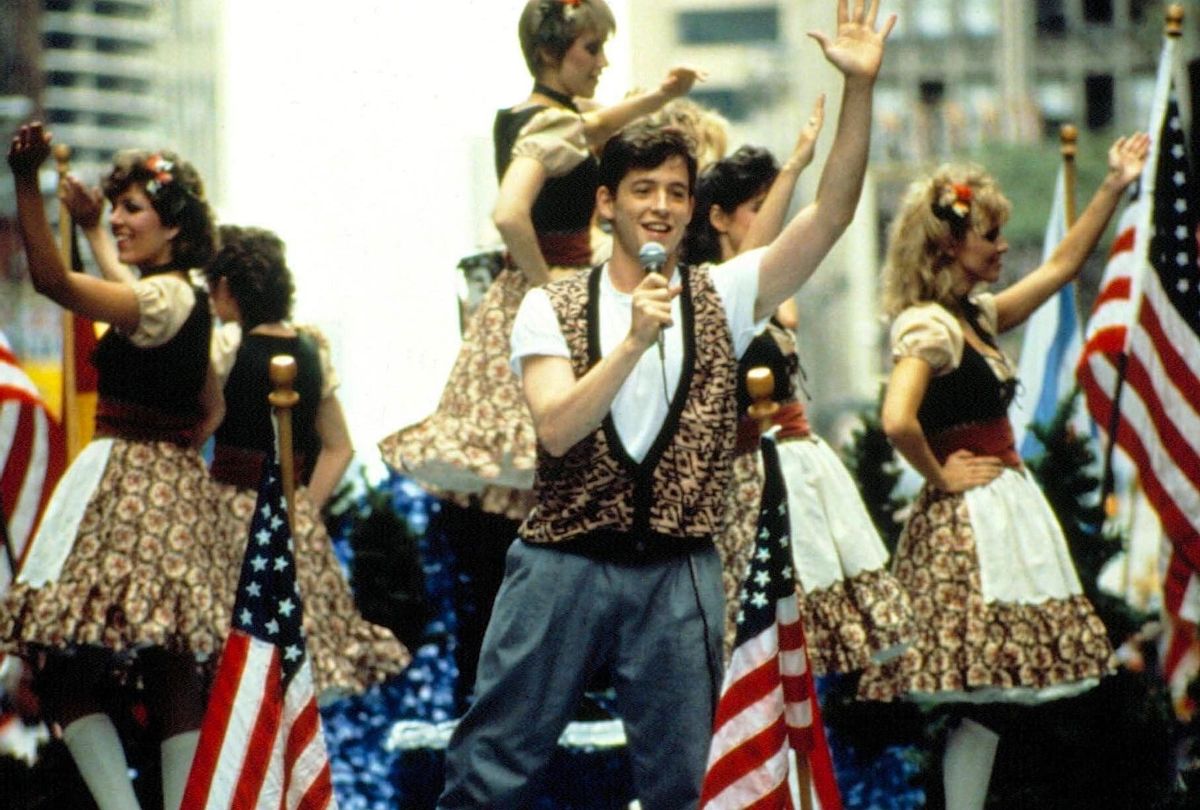 John Hughes' 1986 comedy "Ferris Bueller's Day Off" culminates with the high school hero (Matthew Broderick) hijacking a parade float and setting the city dancing to a lip-synched "Twist and Shout." A year later in the drama "Dirty Dancing," lovers Baby and Johnny (Jennifer Grey, Patrick Swayze) have the time of their lives performing a romantic number with an epic final lift.

Both iconic moments owe their choreography to Broadway and screen director Kenny Ortega, who is still going strong in Hollywood at 70 and has kept the musical genre thriving. In fact, both scenes have inspired dance sequences in his latest project, the Netflix musical series "Julie and the Phantoms."

Early in his career, Ortega already had success on Broadway as an actor, director and choreographer, which he then segued into tours with musicians like Cher, KISS,  Michael Jackson. It wasn't until he was hired as one of the choreographers on "Xanadu" with dance legend and eventual mentor Gene Kelly, however, that he began to dip his toes into the film world.

"It was hard for many years to find an audience as a choreographer," Ortega told Salon. Eventually he began directing films such as "Newsies" and "Hocus Pocus," but it wasn't until 2006 that Ortega embarked on his revival of the movie musical –  for TV. He directed "High School Musical," a modern-day Romeo & Juliet starring Zac Efron and Vanessa Hudgens that became a runaway hit and launched its leads' careers. The movie's influence on Gen-Z and millennials (and some reluctant Gen-Xers) cannot be understated.

"At Disney Channel, they did the work. They uncovered an audience that was global and sort of woke them up – and they've stayed with me," said Ortega.

That audience followed him through two sequels (although he was not involved with the Disney+ spin-off series) and another series Disney Channel original musicals, the "Descendants" trilogy. Now he's left cable to test out the streaming waters at Netflix, which is banking on his touch to usher in another youth franchise with "Julie and the Phantoms."

The "Ferris" and "Dirty Dancing" influence

Created by Dan Cross and David Hoge, "Julie and the Phantoms" is based on a Brazilian series of the same name in which 15-year-old Julie (Madison Reyes) is still mourning the death of her mother a year before. In her mom's old music studio, Julie befriends the spirits of three members of a '90s band called Sunset Curve who met their demise before they could hit the big time. They reawaken Julie's love of music that she shared with her mother, and she helps them fulfill their postmortem music careers. 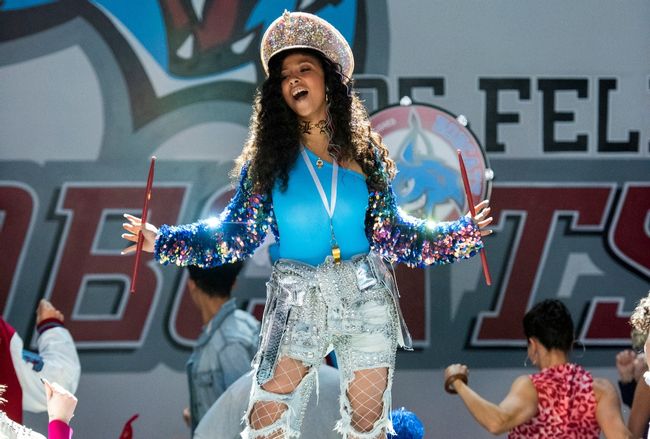 Julie's re-embrace of music manifests as a joyous fantasy sequence for the number "I Got the Music," in which she envisions herself singing and dancing through her school, joined by other students, teachers, and even a tap-dancing janitor (James Hibbard, who worked with Gene Kelly on "Hello Dolly!"). While the thematic connection to "High School Musical" is clear – the mascot for Julie's school is the bobcats, similar to the HSM wildcats – those watching closely will recognize the influence of the "Ferris Bueller" parade scene.

"Dan and Dave wanted her – from the moment that she stepped into the school – to be vibrating and for us to see a reborn Julie," said Ortega. "I just thought, 'Let her bring the music throughout the entire school. Let it infect everyone around her.'"

This is not unlike how Ferris infects the city of Chicago to celebrate with him on the parade float. As he rocks out, on the city steps a group of people dance in unison, breakdancers flip through the air, and the rest of the crowd gyrates their hips. Here's that iconic "Ferris Bueller's" clip:

Julie's "I Got the Music" fantasy borrows many of those same elements: the marching band getting into the groove, line dancing and breakdancing, butt-level camera shots, and even a trust fall.

The series makes a similar tribute to "Dirty Dancing." As Julie and Sunset Curve lead singer Luke (Charlie Gillespie) begin to write songs together, her attraction to him grows, and she imagines engaging in a swirling pas de deux with him.

"It's where she's starting to fall for Luke and can't get him out of her mind. We felt it was a wonderful opportunity for us to go into a musical dance fantasy," said Ortega. "Both the actors Madison and Charlie came to Dan and Dave and I and asked if they could please have a moment like ['High School Musical' couple] Troy and Gabriella or like Baby and Johnny. We took the challenge to take it all the way."

Both dances, however, have a similar look and share certain maneuvers: a swooning dip, spins, arm-tracing moves, and even small lifts. Luke's hair is even styled  to mimic Patrick Swayze's bouffant swoop. And even though Luke and Julie don't execute the climactic angel lift at the end, his bandmates perform this move as a cheeky tribute in the final episode of "Julie and the Phantoms." 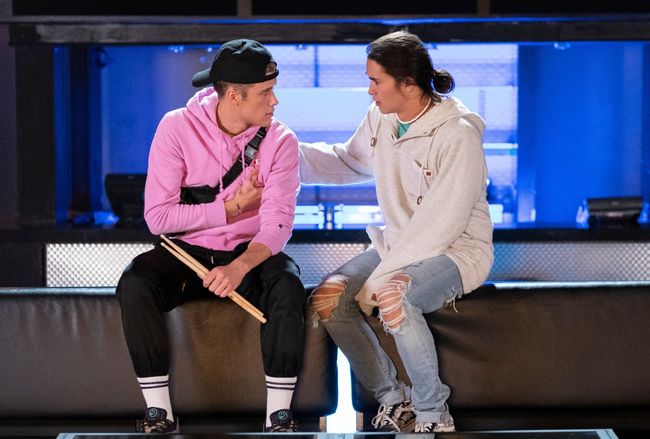 Youth TV programming has been consistently delivering inclusive casting and storylines, whether it's centering characters of color, those with disabilities, or LGBTQ characters. "High School Musical" and "Julie and the Phantoms" are both great examples of this, featuring a romantic lead of color and prominent gay characters. Ortega, who is openly gay himself, said that he's always made inclusive casting a priority.

"I remember being the person that always had to bring it up in the world of dance. I was accused by networks that my chorus lines were too dark. And I'd say, 'Well then turn on more light! There's hardly any light even turned on,'" said Ortega.

"With 'Julie and the Phantoms' I think we've done a really good job. I was thrilled we found a Latinx leading girl. All young girls will identify with her; she's so 'Julie from the Block.'"

The production saw 700 auditions before settling on Reyes – which also meant putting a Latinx family at the center of the story – but Ortega didn't have to look too far for some other casting. He dipped back into his "Descendants" cast for several other roles, including reuniting with Cheyenne Jackson, Jadah Marie, and Booboo Stewart. The last actor – who has part Native American and Asian ancestry – plays fellow ghost Willie, the love interest for Sunset Curve band member Alex (Owen Patrick Joyner), whom he also helps navigate the ghost lifestyle.

"The pairing of Owen Patrick Joyner and Booboo Stewart, I think their chemistry is really terrific," said Ortega. "There were probably about 10 other guys that we brought in to meet up the person after seeing many, many tapes. When Booboo and Owen were introduced to each other, they walked off and talked for a couple of minutes and then they did the scenes together, and you could tell they were enjoying it, that there was a comfort and something there that felt real. Everyone in the room saw it."

The future for "Julie and the Phantoms" 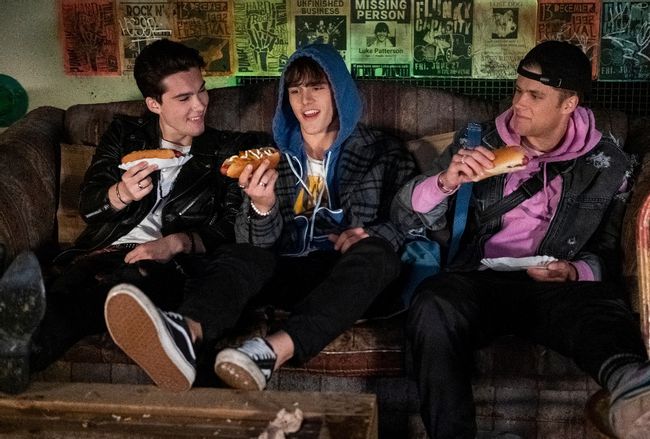 The brisk, nine-episode first season ends on a cliffhanger, which could indicate optimism for completing Julie and Sunset Curve's story sometime in the future. No word has come from Netflix yet, however, and going back into production has already been proven to have its risks until better precautions are taken. That said, Ortega is more than ready to be part of another popular youth franchise like "High School Musical."

"We would all love nothing more. Netflix, the writers or cast or crew, everybody's on pins and needles," he said. "The pandemic really set us back. We delayed our premiere just because of the world situation. We had to do a lot of stuff in post[-production] on Zoom.

"But we're hoping if an audience shows up and they embrace it, we're ready. We have ideas. We've already started working on some new music. And I know the kids would love nothing more than to be able to take them out on tour to play this music in a live situation when it's healthy and safe enough to do a concert again."

If a concert were to happen, it's a safe bet that the cast won't make the same mistake as the Sunset Curve members. A flashback to 1995 shows bandmates Luke, Alex, and Reggie (Jeremy Shada) finishing their sound check before their big debut at the Orpheum. They take a break to eat what ends up killing them: street vendor hot dogs served out of a guy's car.

"Dan and Dave wrote that and nobody ever questioned it. We all just thought it was so legit," Ortega said with a laugh. "I mean, where do you go after your sound check at a club off of Sunset Boulevard in the 1990s? You go out and grab some delicious street dogs from the nearest vendor and get back to get ready for the show. It was a charming way to sort of say goodbye to them in the '90s before meeting them again, rather than something more tragic, don't you think?"

"Julie and the Phantoms" is currently streaming on Netflix.