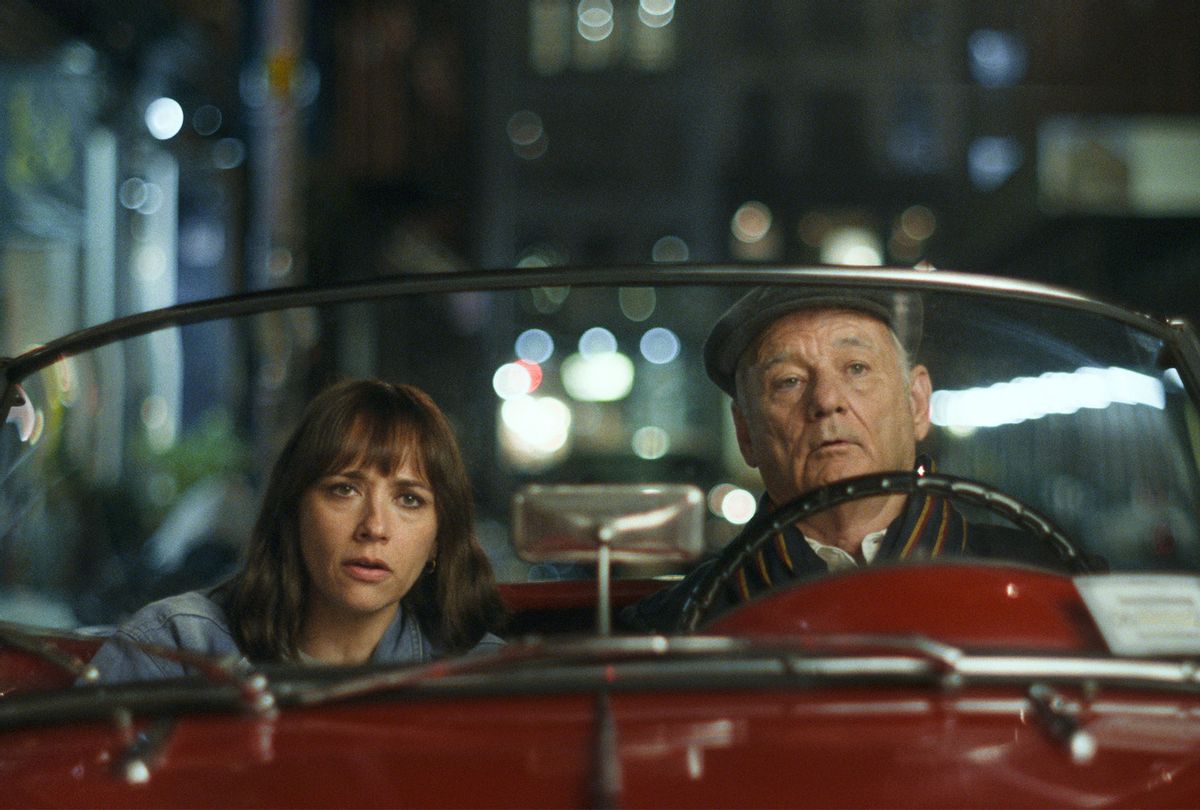 Laura's difficulty starts when husband Dean (Marlon Wayans), who travels frequently for business, comes home and kisses her while she is asleep. He stops abruptly when she speaks. Is the sound of her voice that grating? Is Dean out of it and thinks he's kissing someone else? Panic sets in. Laura refuses to believe her husband is having an affair. She is unwilling to ask Dean because, "It's probably nothing." But she also thinks Dean sees her as, "a buzzkill who wants to schedule things." And maybe she does not really want to know the truth.

However, the idea plagues Laura enough that she reluctantly mentions it to Felix, the other man she can't live without. Felix is a retired art dealer who has too much time and too much money on his hands. Felix also loves this daughter so much that he wants to follow Dean to get to the root of the problem. He even sets up a hot watch (surveillance via credit card use) to track Dean's purchases (without asking his daughter first).

For Laura, this situation is a predicament. For Felix, it's an opportunity for misadventure.

"On the Rocks" gets mileage out of this simple "Is Dean cheating or not?" plot — which was also the basis for the hilarious comedy, "The Daytrippers," back in 1996 — because its leads are so fabulous. Murray gives an effortless and effervescent performance as a wily, rascally troublemaker who gleefully delights in antics that he knows his daughter won't approve of — like giving Laura's two kids egg creams before dinner. When she reprimands him, he wisecracks, "Who'd want them after?"

Jones plays straight man to the clownish, deadpan Felix well, giving withering looks that express her bemusement, embarrassment, wonder and frustration all at once, as when Felix tries to charm his way out of a ticket, or sings "Mexicali Rose" to a group of adoring women. Laura can't resist her father either, and her irritation at him flirting with a waitress, or any female for that matter, is as much her disdain for his sexist behavior as it is for her having to share Felix with anyone else.

There is a backstory to the particular dynamics of their relationship but when "On the Rocks" has Laura call Felix on that, he answers his daughter thoughtfully, truthfully, and respectfully. It's a beautiful moment that explains, but does not excuse, his bad behavior. It is as poignant and as tender as a scene where Felix gives his daughter a birthday gift she cherishes or tells her, "I remember the first moment I recognized you as a person. I saw who you were."

The father/daughter bond is why the film is so enchanting. Watching Felix and Laura eat caviar in a convertible sportscar while on a stakeout is sweet, especially when the moment segues into a comic chase scene.

Coppola is all about showing the privilege Laura and Felix have, from their expensive lunches at 21 and Felix mocking Soho House and waxing nostalgic for the Knickerbocker Club. It is pointless to fault the film for inviting viewers into the fancy restaurants and luxurious homes that should be featured in lifestyle magazines. This is Coppola's milieu. Even when the characters take a trip to a resort in Mexico it is best to just go with the fairy tale vibe.

Coppola is not being shallow though; there is a real heart to these characters. The emotions are what ground the film. Despite the madcap adventures, the film has a melancholy streak. (Chet Baker isn't on the soundtrack by accident). Laura is worried about her marriage and she does not want to face the prospect of a life without Dean. When she sheds a tear that splashes into her martini — a gorgeous image, actually — it illustrates just how affected she is by the possibility of making a discovery that could change everything.

There may be viewers who won't care, but Jones makes Laura sympathetic in her rut. Yes, she endures the incessant ramblings of Vanessa (Jenny Slate) who talks (and talks and talks) as they drop off and pick their kids up from school. And yes, she suffers the nitpicking of her mother when she attends a family lunch. Laura is put-upon. She has all the domestic responsibilities while Dean is out breadwinning, and she is "creatively stifled" regarding what to write for her book that is under contract. (A feeble metaphor for her marital limbo).

But Coppola understands the dynamics between men and women, fathers and daughters, and husbands and wives, which is why "On the Rocks" resonates.

"On the Rocks" opens in select theatres on Friday, Oct. 2 and will stream on Apple TV+ beginning Oct. 23.