"Waikiki" filmmaker: "Hawai'i is marketed as a paradise . . . but things are only getting worse" 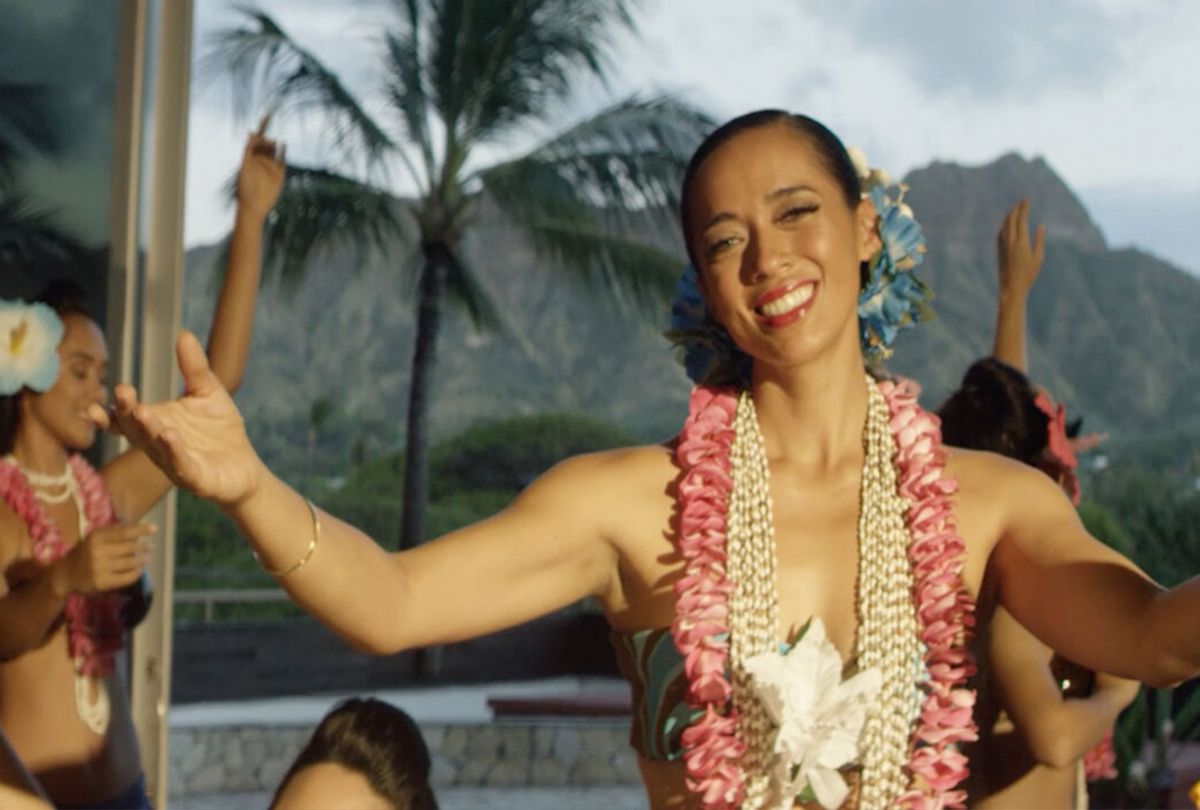 "Waikiki," is the first narrative feature written and directed by a native Hawaiian. Filmmaker Christopher Kahunahana's drama is ambitious and ambiguous, and that is what makes it so auspicious. He traces the downslide of Kea (Danielle Zalopany), an indigenous woman whose smile as she dances for tourists masks her very real despair.

Kea is living in her van to avoid her abusive boyfriend, Branden (Jason Quinn). When the couple has a fight one night, Kea drives off mad and accidentally hits Wo (Peter Shinkoda) a homeless man. Her troubles are compounded after her van gets towed. As Kea's situation worsens, she is haunted by her traumatic childhood and suffers hallucinations.

"Waikiki" addresses the marginalization and mental fragility of women like Kea in society. Despite having three jobs to get the cash to pay for a place to live, she cannot qualify for an apartment. She is treated badly by men and even teased by a group of guys at a diner, whom shames them for their lack of sympathy.

While the film features gorgeous imagery of the island and scenes that emphasize the traditions and music of Hawai'i, much of "Waikiki" shows the gritty underbelly as Kea and Wo eke out a difficult life on the streets in this island paradise.

Kahunahana spoke with Salon about the film ahead of its premiere at the Los Angeles Asian Pacific Film Festival.

Since your film is the first narrative feature written and directed by native Hawaiian, what can you say about the Hawaiian film industry and your path to becoming a filmmaker?

I've been trying to make films for 30 years. I made a couple of short films. I went to University of Hawai'i and there wasn't a film program. I did an independent study degree, doing theatre and writing, and production classes. But now there is an academy for creative media that does film, animation, and video games, so folks now can get great training. Hawai'i is a Hollywood backdrop. I worked on a crew after watching "Magnum P.I.," shooting Vietnam War scenes here from my roof. It was so intriguing; it piqued my interest to work in film. You could be trained to work in the industry, but that doesn't lead to directing.

There are a lot of great documentaries by Hawaiian filmmakers and social issue films. But it's tough to make a film when you have to meet day-to-day needs in one of the most expensive cities in the United States. Half of the people who are Hawaiian live in diaspora, because they can't afford to buy a house here. A median home here is priced at $850,000. Everyone works two to three jobs. It's a bittersweet experience to premiere in New York and be sitting in Hawai'i in my underwear.

You depict the travails of an indigenous woman who experiences mental health issues and abuse. Why was this narrative the story you wanted to tell for your feature debut?

Indigenous Hawaiians are not just residents. We have Hawaiian blood. My kupuna, my ancestors — their bones are in the ground in Hawai'i, and they are indigenous. They are figuratively nature as much as my grandma. That is part of our everyday life growing up here. The main theme is that as a Hawaiian, being disconnected from the land or culture — as when we lose land or culture — we lose our mental health. It's an allegory. The water in the film starts as an ocean, goes to a waterfall, and then into a stream. Waikiki was built on a kalo farm; kalo is our staple. Haloa was the first child of the earth mother and father and was stillborn. The second child was Hawaiian, so that ties us to the land; the health of the land dictates the health of the people. When people are dislocated from their land, they have mental health issues, addiction, and abuse.

What observations do you have about the way indigenous Hawaiians are treated, the way women are abused, and the way the economic inequality is seen in Hawai'i in particular but in the world in general?

There is intergenerational trauma. The monarchy was overthrown and stripped people of language and values — that is abuse. When you are not connected to the land, and another system exploits land and labor, in that system, you can only be a servant. Unless you are wealthy, everyone who grows up here experiences this. I worked as a busboy and valet in the tourist industry and didn't make minimum wage.

What about being an indigenous filmmaker?

It's important for me as an Indigenous filmmaker that people value what we say. The points in "Waikiki" are not easily digestible. Tourism and military are the key industries here, and we don't talk about how we are using our land and resources in sustainable ways. It is important to have these conversations. People thought I was shooting myself in the foot by talking about the difficulties Hawaiians have, but this is reality. Kea is based on people I know. Hawai'i is marketed as a paradise, and everyone buys into it. But things here are only getting worse. I shot the film in an industrial neighborhood of transition. There are always construction buildings in the background.

It's cheaper to live almost anywhere else. Las Vegas and San Francisco are less expensive. There are no tech jobs here. The creative industry is growing, but it's not New Zealand where the government funds films. Films are great for our economy, and people can afford to buy houses if they work on sets as crew. But to make a feature I had to sacrifice those things to make a story about Hawai'i. But It's changing. There are young hungry Hawaiian filmmakers. There's a momentum.

"Waikiki" takes some narrative risks with how Kea makes some difficult decisions and has moments of real despair. Can you talk about her psychology?

I never was one to be drawn to hero films or where everything is great at the end. That's not real life. I'm interested in people's journey, and that's not always linear. They are both heroes and villains in the story. I want the audience to pull for her even when she's not making the best decisions. When Kea is with Wo, I want people thinking, "Why is she with him?" I want them to question her sanity, but I also want them to root for her to succeed. The first half is in real time but as the story progresses, we spend more time with her memories and dreams, and I experimented more in the second half.

There are some interesting surrealistic touches: a ringing phone, and an image of Kea as a youth with her grandmother in the Pacific Ocean. How did you come up with these symbols, and do you want viewers to attach meaning to them?

As an artist, I have my own truth in the story, but I knew that when people watch the film, it's all subjective. It's a mirror held up to someone and what they see is what comes from their personal connection to the story; they will see a different film. I want them to see a truth in the film that aligns with how they see the world and make them have empathy for others. I want them to imagine the story for themselves. Native people see the story as violence against indigenous women, but the doctors who see it think it's about psychosis. I think it's important for people to find the story within themselves and see their desires, fears, and hopes. We have a word, koana, that is for things that have subtext or multiple meanings. And that is something I worked a lot on — how to present these layers without being too on the nose.

You show some touristy aspects of Hawai'i, but are far more focused on the native culture, traditions, folklore and music. Can you explain what folks unfamiliar with the island and its culture need to know to appreciate your film?

That was the challenge with making the film. How much is necessary to include before it's didactic. I want people to connect emotionally and then research things on their own. I had to set up people's perceptions of Hawai'i and then swoop into a close-up of Kea's face dancing for tourists and then show her in a karaoke bar where people are buying her time. I'm showing the duality of the character's life, which is the reality a lot of people face here.