Trolls from Russia are pro-Trump, trolls from Iran are anti-Trump, according to new study 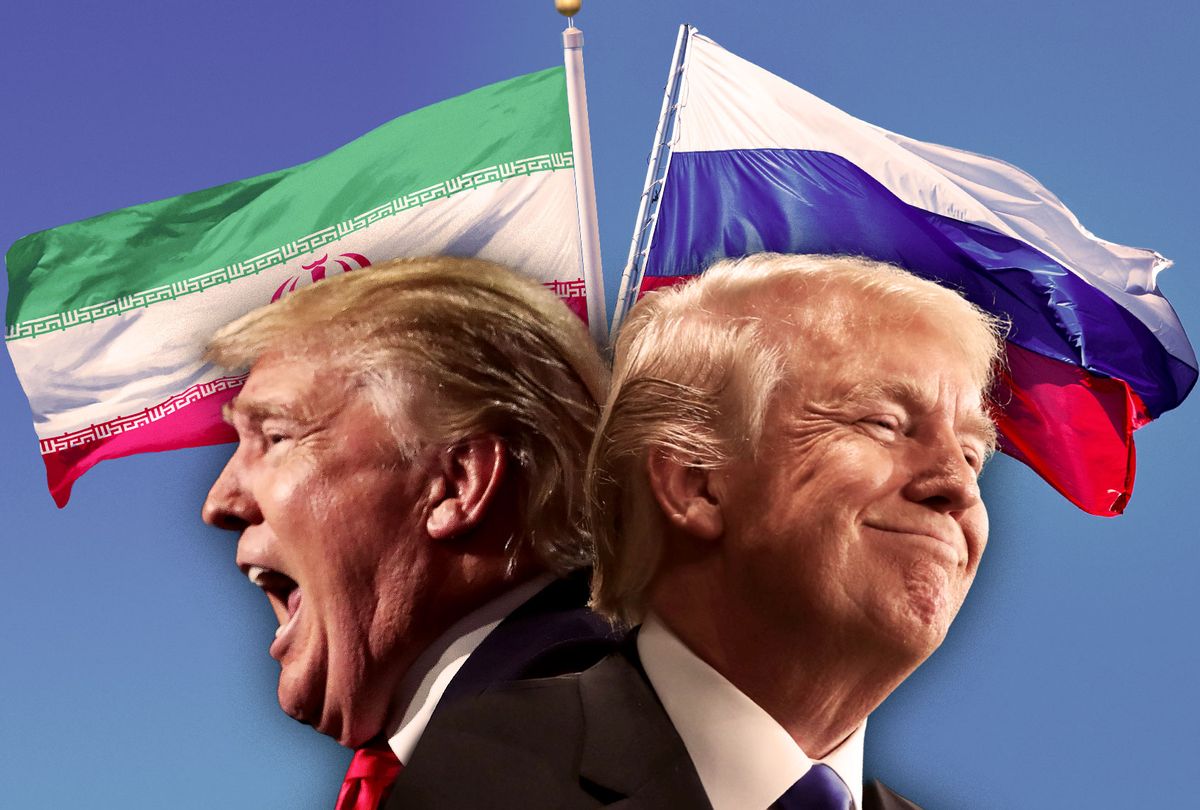 A new study reveals that internet trolls sponsored by two hostile foreign governments, Russia and Iran, have been quite active in trying to convert people to their cause — of supporting Trump, in the case of Russia, and of opposing him in the case of Iran.

"Recent evidence has emerged linking coordinated campaigns by state-sponsored actors to manipulate public opinion on the Web," the researchers from the University of Alabama at Birmingham, Boston University, University College London and Cyprus University of Technology explain in their report.

The researchers analyzed roughly ten million posts by more than five thousand Reddit and Twitter users they had identified as state-sponsored trolls from either Russia or Iran. Intriguingly, the different state-sponsored trolls had different messaging: "Russian trolls were pro-Trump while Iranian trolls were anti-Trump," they write, noting that there is "evidence that campaigns undertaken by such actors are influenced by real-world events." They explained that "the behavior of such actors is not consistent over time, hence detection is not straightforward."

The report goes into detail about how Russian and Iranian trolls react to different current events and promote different types of misinformation. At one point the authors observe that the Russian trolls were "extremely influential and efficient in spreading URLs on Twitter. Also, by comparing Russian to Iranian trolls, we find that Russian trolls were more efficient and influential in spreading URLs on Twitter, Reddit, Gab, but not on /pol/." /pol/, shorthand for "politics," refers to a forum on 4chan that covers politics and is largely far-right in its posters' political orientation.

The type of internet propagandizing that Iran and Russia are engaged in is not at all unusual in global affairs; the United States engages in it all the time, sometimes via our own intelligence agencies, and sometimes via corporate propagandists or zealots. Back in 2011, the United States military was revealed to be developing software that would allow it to create fake personas to spread American propaganda, and awarded contracts to third-parties to aid them in their mission.

The revelation that Russian intelligence ran a misinformation campaign, largely through social media, in the 2016 election became a fixation of prominent American Democrats, many of whom believed that the campaign torpedoed Hillary Clinton's electoral chances. That narrative, in concert with the special counsel investigation that sought to assess it, led to a wave of American Russophobia and allowed the American Democratic Party to scapegoat a foreign government rather than admit their political strategy had other flaws.

"The myth that Russia swung the 2016 US presidential election from Clinton to Trump [...] provide the managerial overclasses in Atlantic democracies with excuses to increase their near-monopoly of political, economic, and media power by freezing out political challengers and censoring dissident media," Michael Lind wrote in Salon in January.

Since 2016, there have been numerous cases in which the public wrongly identified social media actors as Russian bots, driven by this new wave of Russophobia. Even when Russia does successfully exploit certain divisions in America — such as by stoking racial tensions — a strong argument could be made that much blame lies in America's white supremacist power structures than on a third party which manipulates them for its own purposes.

Inasmuch as these digital election propaganda efforts are fascinating to historians, experts agree that they are minor in their ability to influence an election's outcome – perhaps more so given that anti-Trump Iranian trolls and pro-Trump Russian trolls are cancelling out each other's messaging.

"It only works if it is a close election," Bill Browder, an American-born British financier who has been a target of the Putin regime for exposing Russian government corruption and human rights violations, told Salon. "If the election is not close, it doesn't matter how much Russian trolls are working."

Browder also emphasized that Putin himself is a relatively weak figure on the international stage.

"Putin is playing with a very weak hand," Browder told Salon. "He's got an economy the size of the state of New York and his military budget is 80% less than the U S military budget, and 90% of his military budget gets stolen by corrupt generals. And so in order for him to play hard on the world stage, he's got to use asymmetric methods."

"One of the things that has cost almost nothing, and yields huge results, is cyber attacking and troll farming," Browder added. "And since there haven't been any barriers put up since 2016, when this was first exposed, Putin is basically running rampant — and it's not just in America but in Europe and all over the world — making mischief, causing trouble and having an asymmetric effect or an overstated effect based on his own position."

Russia has much in common with America, which likewise has a long history of meddling with other nations' political affairs, digitally and in real life. As the Inter-American Commission on Human Rights reported last year, thousands of fake Twitter accounts were created before and after a Bolivian presidential election in which the left-wing president, Evo Morales, was repeatedly attacked. After Morales won, he was falsely accused of election fraud on the international stage. President Donald Trump made a point of celebrating when Morales ultimately had to resign, but there have been lingering suspicions of American involvement in Morales' ouster — and it did not help matters that a US Army veteran ran a massive disinformation botnet in support of the coup.

Bolivia is not the only country who has had its political system targeted by America: Chile, Guatemala, Iran and Nicaragua have all had similar experiences, to name just a few. In that sense, Putin is not doing anything unprecedented by targeting America's democracy. He is engaged in the same anti-democratic foreign meddling that America often engages in — perhaps because, as Browder put it, "the entire political establishment of the United States is wise to Putin and wants to contain him. And Trump is one of the only people in America within the division of power who is anti-political establishment and likes Putin, and therefore Putin effectively found the only person in America who is sympathetic to him."

As for Iran, Trump famously withdrew America from the nuclear deal hammered out by his predecessor, President Barack Obama, and assassinated Iranian Maj. Gen. Qassem Soleimani earlier this year, a major and widely respected public figure in that country.