This is your brain on lies: Why liars get better at lying with practice 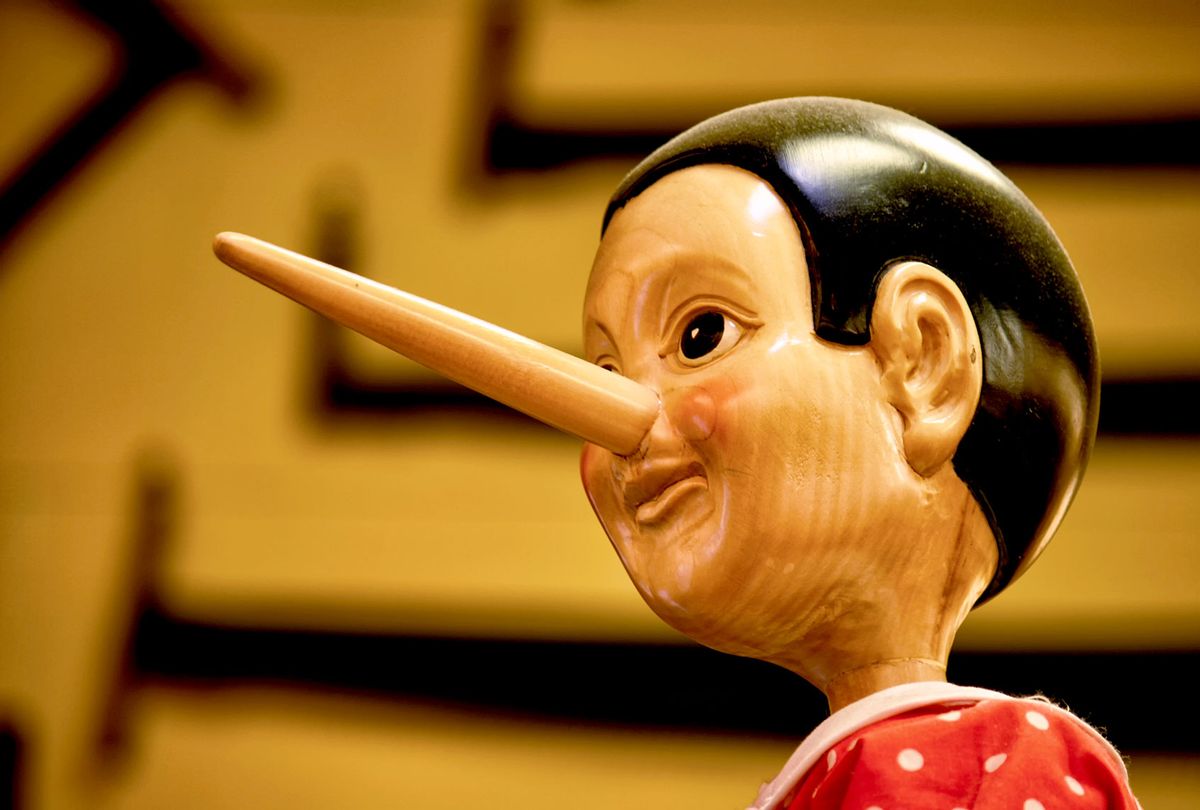 The long nose of a liar Pinocchio (Getty Images)
--

The last five years have been a master class in gaslighting. For those of us who came into the Trump Era with some personal experience with narcissists, emotional abusers and flat out liars, it has been a jarringly familiar time.

For those who previously had the luxury of expecting honesty of others, this has been a sharp learning curve. We all now know exactly what it feels like to be on the receiving end of untruth so blatant and shameless it makes us question ourselves. We know what it's like to hear a falsehood repeated so insistently it almost becomes convincing. We get it from the highest levels of government, from cable news networks, from our radicalized relatives and neighbors. And we know the confusion, self-doubt and fear that come with long term exposure to what liars like to call "alternative facts."

It feels pretty crappy. But what does it feel like for the liars? How can they keep spinning their BS with such shocking ease and conviction?

As with all things, it's a matter of practice. We all bend the truth with some regularity — a 2003 University of California study found that participants reported lying on average twice a day. If "I'm fine" counts, the number must surely be higher. White lies are a social lubricant and a "get out complicated explanations" card. Dinner was delicious. I'm five minutes away. I wish I could help.

But toxic people, people with antisocial personality disorder, people with pseudologia fantastica (a.k.a. pathological liars) lie for other reasons, and they do it a lot. They lie to gain control in their relationships. They lie to self exonerate and to justify their behavior. And the more they do it, the better they get at it, and the bigger their lies can become.

A 2016 study published in Nature Neuroscience found that "Signal reduction in the amygdala," the part of the brain associated with emotion, "is sensitive to the history of dishonest behavior, consistent with adaptation. . . .  the extent of reduced amygdala sensitivity to dishonesty on a present decision relative to the previous one predicts the magnitude of escalation of self-serving dishonesty on the next decision."

In other words, "What begins as small deviations from a moral code could escalate to large deviations with potentially harmful consequences." Hence, you can seemingly desensitize yourself to your own dishonesty.

This is especially handy for a narcissist, who, as psychiatrist Dr. Bandy X. Lee explained to Salon recently, perpetually "must overcompensate, creating for himself a self-image where he is the best at everything, never wrong, better than all the experts, and a 'stable genius.'"

It's not just the amygdala that gets a workout from lying: other parts of the brain get in on the act as well. A 2009 Harvard University study of volunteers — some of whom cheated on a simple coin toss game and some who didn't — found that while the honest players had "no increased activity in certain areas of the prefrontal cortex known to be involved in self-control… those control regions did become perfused with blood when the cheaters responded." And it happened even when the cheaters were telling the truth. Keeping your story straight takes work.

If you're capable of knowing right from wrong, lying and cheating make you feel bad. And even if you don't puke like Marta in "Knives Out," you may have a "tell" — fidgeting, averting your gaze — that communicates that. But habitual liars don't feel bad. This is why lie detector tests are such unreliable tools. The autonomic nervous system of a somewhat average person, with an average person's anxiety about being caught in wrongdoing, will respond differently when telling the truth and when not. Their breath, blood pressure and heart rate may change. They may get sweaty. If you're someone like Gary Ridgway or Ted Bundy, two of the most prolific and vicious serial killers in American history, you can pass a polygraph with ease.

The other key component of chronic lying is that it often resides in the same neighborhood as delusion. Individuals with delusional disorders have "fixed beliefs that do not change, even when presented with conflicting evidence," and oh boy, there is no shortage of a spectrum of unchanging fixed beliefs here in our country right now. This is why gaslighting is so persuasive. It's the blatant, brazen confidence that only people who really put in their ten thousand hours of bald faced lying and genuine dissociation from reality can deliver that sells it.

Can habitual liars change? Dr. Robert Feldman, who wrote "The Liar in Your Life: The Way to Truthful Relationships," told Everyday Health in 2016 not to hold your breath, because they usually don't want to. The only path forward is escaping their grip — and keeping our own amygdalas honest.