McEnany claims Trump has an all-female team, forgets about her own male deputies and Pence's male press secretary 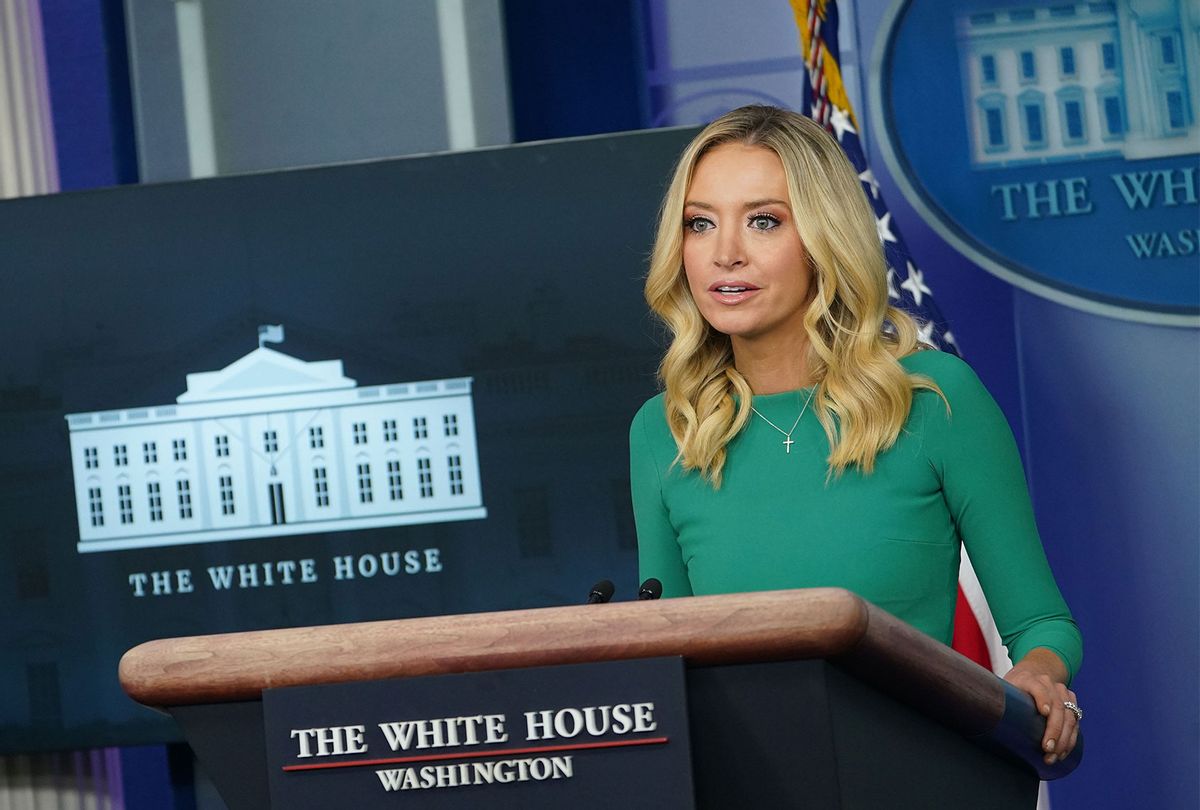 The Washington Post on Sunday reported that Biden had selected an "all-female White House press team," drawing complaints from the Trump administration.

McEnany claimed on Twitter that Trump "already has an ALL FEMALE White House press team" as she accused the "completely DISCREDITED" Washington Post of revealing its "blinding propagandist Fake News proclivities."

But many on Twitter noted that McEnany's deputies included Judd Deere and Brian Morgenstern. She claimed that Vice President Mike Pence also had an all-female team, but his press secretary is Devin O'Malley.

"This is just such a weird and pointless thing to lie about," George Conway, a conservative critic of the president and husband of former Trump adviser Kellyanne Conway, tweeted.

The Post report noted that Biden's team will mark the "first time all of the top aides tasked with speaking on behalf of an administration and shaping its message will be female."

Psaki, who served as White House communications director for former President Barack Obama and press secretary for former Secretary of State John Kerry, will replace McEnany behind the podium when Biden is inaugurated next month.

Psaki said on Twitter that her goal was to "rebuild trust of the American people" after her predecessor repeatedly made false claims from behind the White House podium.

"Communicating directly and truthfully to the American people is one of the most important duties of a president, and this team will be entrusted with the tremendous responsibility of connecting the American people to the White House," Biden said in a statement. "These qualified, experienced communicators bring diverse perspectives to their work and a shared commitment to building this country back better."

"Our country is facing unprecedented challenges — from the coronavirus pandemic to the economic crisis, to the climate crisis and a long-overdue reckoning over racial injustice," Harris said in a statement. "To overcome these challenges, we need to communicate clearly, honestly and transparently with the American people, and this experienced, talented and barrier-shattering team will help us do that."

"President-elect Biden has a history of advocating on behalf of women in the U.S. and around the world, and today's announcement is a continuation of that work," Ron Klain, who will serve as Biden's chief of staff, said in a statement. "They embody Joe Biden's commitment to a diverse administration where the voices of all Americans are represented."

The team faces an uphill climb in rebuilding trust with the American public after Trump's press team repeatedly lied to the media and voters alike.

McEnany began her tenure by vowing, "I will never lie to you." She proceeded to repeatedly lie from behind the podium. Her predecessor, Stephanie Grisham, did not even bother holding a single press briefing for more than a year. Former press secretary Sarah Sanders admitted that she lied to reporters when she was interviewed by special counsel Robert Mueller's team. Sean Spicer, Trump's first press secretary, kicked off the president's single term by echoing his demonstrably false boast of the "the largest audience ever to witness an inauguration, period."

Biden has said he will restore the daily White House press briefing, but "simply returning to pre-Trump standards isn't nearly enough," Dan Froomkin wrote in Press Watch last week. "Even before Trump's parade of propagandists turned the briefing room into a cesspool of disinformation, the job of press secretary — under both George W. Bush and Barack Obama — had devolved into deflecting press inquiries rather than genuinely responding to them . . . Given how much Trump's conduct has led to a loss of faith in the government's competence or even its good intentions, nothing short of extreme openness is likely to win back America's trust and confidence."