From a fertility doctor with a god complex to "Wonder Woman," here's what's on HBO Max in December

Nothing says the holiday season like lots of true crime, Meryl Streep on an ocean liner & the return of "Euphoria" 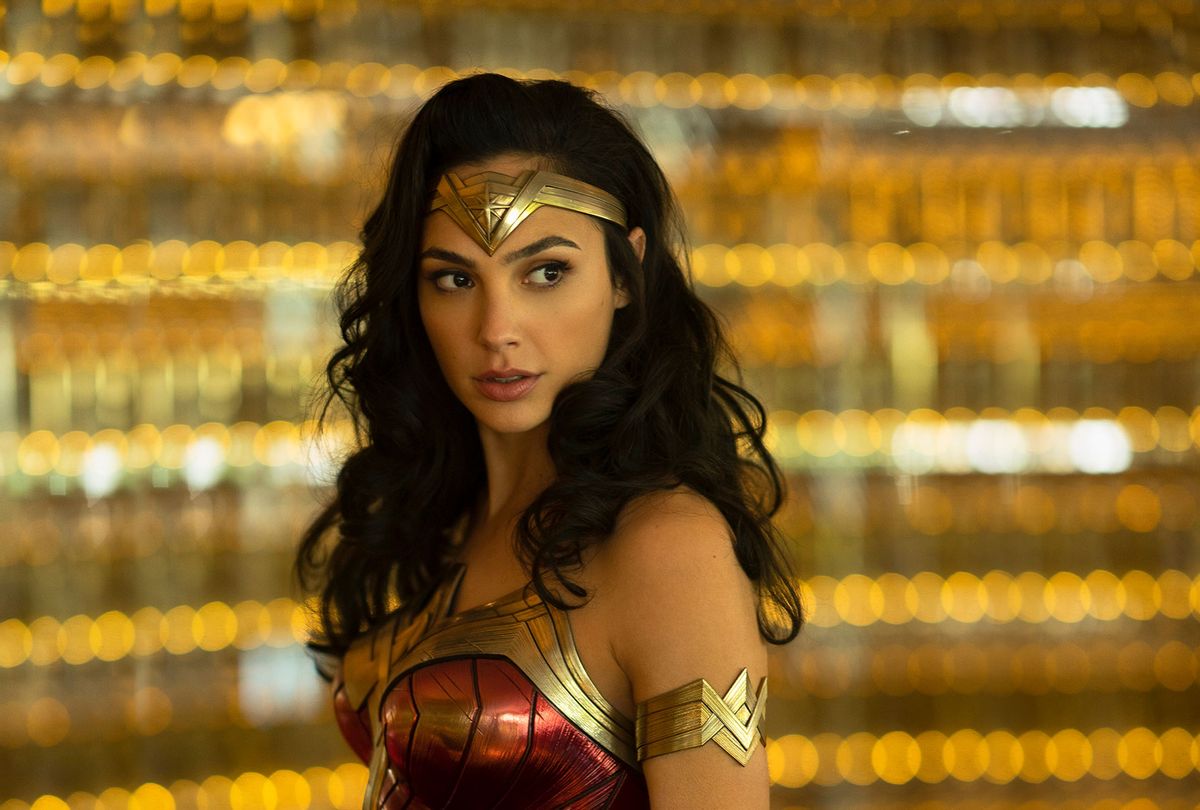 But the service also has some tremendous stuff on their "last chance to watch" list. I'm going to personally set aside a night or two to watch a few classics like "An American in Paris," "Bringing Up Baby" and "Dr. Zhivago."

If, while you're waiting for the new "Wonder Woman" movie, you want to take in some films that are action-packed. "Batman & Robin," "Batman Forever" and "Lara Croft: Tomb Raider," are all available until the end of the month.

Here's everything that is on our watch list on HBO Max for December:

For many couples who were struggling to conceive, Dr. Quincy Fortier was a miracle worker. Through his fertility clinic, he oversaw the pregnancies of dozens of women — but, as this new documentary by Hannah Olson details, Fortier actually used his own sperm to impregnate them, without their knowledge or consent.

"‌Following several of his biological children as they grapple with new information about their origins and their own identities, the film examines the morality of one doctor who used science and status to exploit innumerable women — and further his own genetic legacy — over nearly half a century," says HBO Max's description of the film.

If you found yourself engrossed in Netflix's "The Big Flower Fight" (or are simply looking for another soothing show in the vein of "The Great British Bake Off"), HBO Max's "Full Bloom" belongs on your December watch list. The reality competition series centers on 10 talented and innovative up-and-coming florists who compete in a series of challenges that determine whose "stems get cut" — and who remains in running for the career-changing $100,000 grand prize to kickstart their business.

As I wrote earlier this month, "Many people first became aware of the Heaven's Gate cult in 1997, when — after an anonymous tip was called into the San Diego Police Department — the bodies of 39 men and women were found in a rented seven bedroom mansion. Each of the bodies were dressed in androgynous outfits with matching haircuts and Nike sneakers. On their arms were 'Star Trek'-inspired bands that read 'Heaven's Gate Away Team,' and in their pockets were $5.75."

This series, which was spearheaded by documentarian Clay Tweel, carefully dismantles and subverts the obvious question asked about the cult members: "How could they be easily taken?" It's a thoughtfully paced, four-episode series, rich in original source material and striking watercolor animations in place of reenactments.

Patricia Vidal Delgado's "La Leyenda Negra" centers on Aleteia (Monica Betancourt), an El Salvadorian student and young activist who, after immigrating to and growing up in the United States, begins attending a Compton high school. There, she struggles to make friends and, when her Temporary Protected Status is compromised, her future becomes deeply uncertain.

This film is a timely, coming-of-age story that lifts the voices of Latinx youth.

As Salon's Melanie McFarland wrote of "Euphoria," the show's early depiction of out-of-control, neon-hued teen suburbia soon transformed into "an empathetic portrait of what it means to be a kid born in the shadow of disaster and growing up in an era informed by it. Rue's (played by Emmy®-winner Zendaya) formative disaster is 9/11, and we meet the party-drug loving teen in her mother's womb — the last time, she explains with melodramatic teenage angst, that she was happy, content."

This holiday special focuses on the aftermath of Rue being left by Jules (Hunter Schafer), her best friend-turned-romantic interest, at a train station after she backs out of their drunken plan to run away and live in another city.

This special, titled "Trouble Don't Last Always," is written and directed by Sam Levinson and also stars Colman Domingo, who appeared in season one.

As Salon's D. Watkins wrote, this documentary features "an all-star ensemble of producers including The Roots, Common and John Legend."

"'40 Years A Prisoner'" is a compelling film about the horrors of America's criminal justice system," Watkins wrote. "The story begins in 1978 when Philadelphia police raided MOVE, a back to nature organization based on love, among other peaceful principles. Africa's parents, two MOVE members, were arrested during that raid on trumped up charges and convicted before he was born. In the film, Oliver documents Africa Jr.'s life pursuit of freeing his parents, along with other MOVE members, and a decades-long battle with the Philadelphia police department."

While "Alabama Snake" isn't a total success as an illuminating documentary on the place and position of snake handling in the American South and Appalachia, nor as a tight true crime tale, the premise is captivating. It delves into the events surrounding the 1991 conviction of Pentecostal preacher Glenn Summerford after he was found guilty of attempting to murder his wife, Darlene, with a rattlesnake that he used in church services.

Over the last several years, major networks have invested in culturally specific reality series about ultra-wealthy families. There's Netflix's "Fabulous Lives Of Bollywood Wives" and Bravo's "Mexican Dynasties." HBO Max joins the trend with "House of Ho," an eight-episode "docusoap" following the intergenerational culture clashes of the Houston-based Vietnamese multibillionaire Ho family. Amid an opulent backdrop, the series takes a stab at examining how traditional, patriarchal expectations fit within the family's lifestyle.

"My family is Vietnamese, but loves being American. My brothers are named Washington and Reagan," says Judy, the eldest and only daughter, in the trailer. "I was a disappointment because I was a girl, so I'm named Judy."

Meryl Streep and Steven Soderbergh pair up in this character-driven comedy-drama wherein Streep plays Alice Hughes, a world-famous author who has been asked to go to England to accept an award. She can't fly, so she opts to take the Queen Mary across the ocean (and somehow convinces the award-givers to also pay for her three closest friends to accompany her). There's Roberta (Candice Bergen), Susan (Dianne Wiest) and her nephew Tyler (Lucas Hedges).

And — without Alice's knowledge — her agent, Karen (Gemma Chan), hitches a ride on-board as well in an effort to find out what the author is working on.

During the late 1960s and the 1970s, the Bee Gees — brothers Barry, Maurice, and Robin Gibb — had a meteoric rise to fame. They were the kings of disco, but then disco died. This documentary, details how the trio went on to adapt in the music industry, writing over 1,000 songs, including 20 No. 1 hits.

In this sequel to the 2017 hit "Wonder Woman," Diana Prince (Gal Gadot) is set to face off against two main villains: Cheetah (Kristin Wiig), a friend of the heroine's who covets her power and turns evil, and Max Lord (Pedro Pascal), a charismatic businessman and entrepreneur who is famous for TV infomercials, but secretly harbors delusions of grandeur. Amid it all, Diana's love interest, Steve Trevor (Chris Pine), returns — despite the fact that he was presumed dead.

As Max Cea wrote for Salon in 2017, Conan O'Brien's travelogue "has gone to Germany, South Korea, Armenia, Cuba, and Qatar. These specials are somewhere between Anthony Bourdain's 'Parts Unknown' and an episode of 'Laurel and Hardy."

He continued: "Conan explores a foreign nation and finds humor in his cultural ignorance and physical difference. The mere sight of the gangly red-haired giant in the Noryangjin Fish Market, for instance, is funny. But the humor is always more at Conan's expense than at that of the foreign culture."

The first season of the series features the late-night host in Aremenia, Qatar, Australia, Berlin, Ghana, Greenland and Japan.

Here is everything that is coming to HBO Max this month.

Dec. 11
"Adult Materia"
"Midnight Family"
"One Way Or Another"

Dec.12
"The Bee Gees: How Can You Mend a Broken Heart"

Dec.16
"The Art Of Political Murder"