Will Democrats and the media crumble under a steady stream of Republicans' baseless accusations? (Spoiler: Yeah) 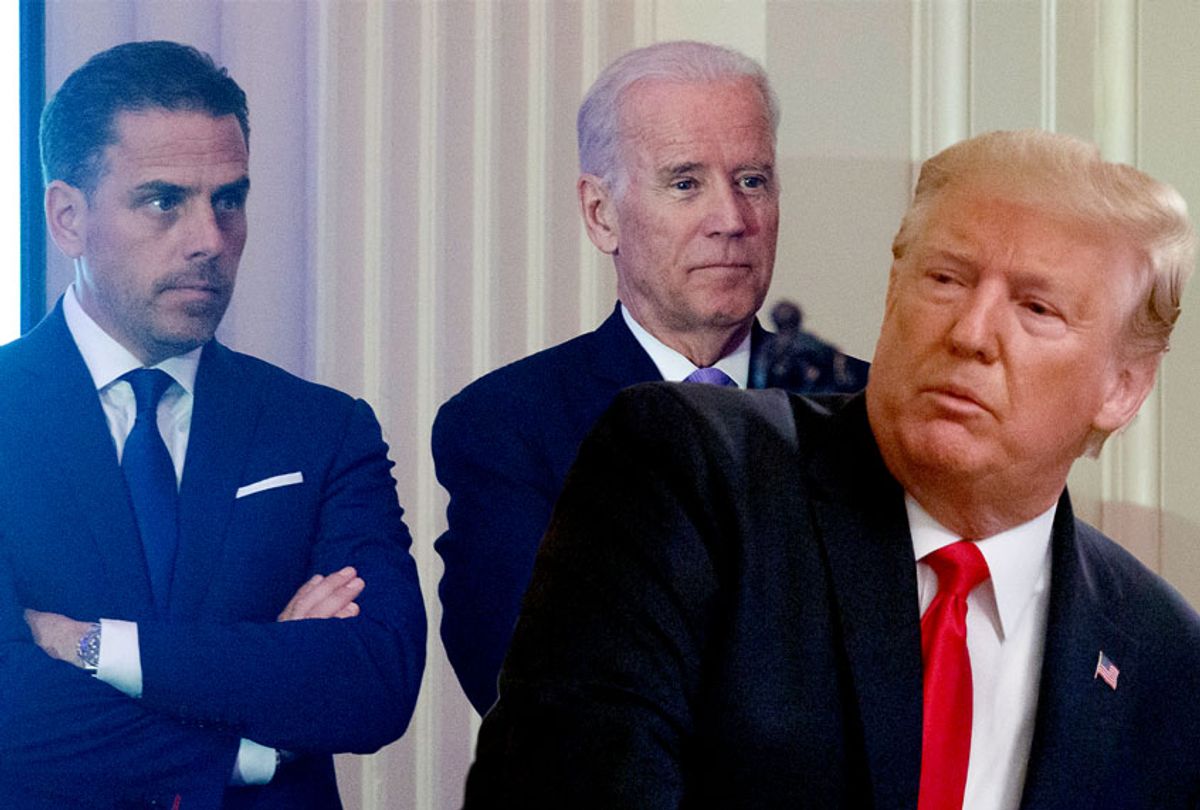 We are approaching the final days of Donald Trump's absurd post-election fight.

After the Supreme Court delivered a sound rejection of the ridiculous case brought by Texas Attorney General Ken Paxton seeking to overturn the election results late Friday, the 19 Republican state attorneys general and 126 House Republicans who made ridiculous fools of themselves by signing on to an amicus brief in support of the case kept a somewhat low profile over the weekend. There were a few who expressed their disappointment and pledged to carry on the fight, while a few thousand unhinged bitter-enders showed up for a rally in Washington as Trump whined and blubbered about as usual on Twitter. That was about it.

The air is finally starting to seep out of the president's overinflated "Stop the Steal" bubble. On Monday, 538 electors in all 50 state capitals and the District of Columbia will cast their constitutionally mandated votes for president, a key step in formalizing Joe Biden's win.

That doesn't mean that Trump is going to concede and make a graceful exit, of course. It's laughable to even imagine such a thing. He will carry on with the lie that the election was stolen from him until his dying day, and he will milk the grievance of his cult-followers as long as they still adore him and are willing to give him money.

But what is more pertinent than Trump acting like the spoiled, petulant, self-indulgent man-child he has always been is how badly congressional Republicans are behaving. I didn't have much hope that they'd rise to the occasion but I certainly didn't think they'd sink as low as they have. The Georgia runoff races weigh heavily here, of course, and perhaps we'll see some repudiation of Trump by the Republican establishment once that's settled. (Monkeys might fly out from beneath the Proud Boys' kilts, too, but it's highly unlikely. )

The truth is that nobody really knows or what's going to happen next. As Andrew O'Hehir writes in his recent Salon op-ed, this torturous surreality makes it very difficult to know whether we are dealing with a major threat to everything we hold dear or some kind of "hilarious troll" along the lines of a WWE wrestling tournament. O'Hehir asks if we will ever be able to tell the difference and I'm not actually sure. I suspect the disorientation is a goal in itself.

I do see the contours of some familiar behaviors starting to reassert themselves, however, which leads me to think that the likely outcome of all this will be a return to the comfortable old ways for a while. What I mean is that "mainstream" Republicans will serve as sanctimonious, unctuous manipulators while the wild and crazy backbenchers keep the base in line. The latter will be led by Donald Trump, the "shadow president," at least for a while, while the professional saboteurs in the GOP leadership do what they do best: cripple the opposition.

For Trump it's personal. For Mitch McConnell and the GOP establishment, it's strictly business. They've already wasted no time in putting Hunter Biden back in the hot seat, undoubtedly for the singular purpose of torturing the president-elect, who is tremendously sentimental about his family. If they can destroy his only living son, they know they will have destroyed him as well.

Hunter Biden engaged in a corrupt but unfortunately legal and very common scheme to make money by leveraging his important father's name. We've seen this with families going back to the beginning of the republic, most recently with the likes of Donald Nixon, Hugh and Tony Rodham, Billy Carter, Neil Bush and many others. It's an ugly little sideline often crudely taken up by the most screwed-up members of the family.

Of course, in the case of the Trumps, the three most prominent adult children, along with son-in-law Jared Kushner and the president himself have behaved in a blatantly corrupt manner from the moment he was elected in 2016. They've leveraged their name from Dubai to India to Qatar and beyond while gorging on taxpayer money and tributes from people all over the world attempting to curry favor with the White House.

The press has dutifully reported all that. But the Republican-controlled Congress never really investigated it, certainly not the way the Republicans will go after Hunter Biden if they maintain the Senate majority. They are skillful at weaponizing the congressional investigative power in ways that Democrats never have the guts to do. (Recall that there were 10 investigations into Benghazi, six of those by different Republican-controlled House committees.) By the time they are done, Hunter Biden's scandal will look like the equivalent of Watergate while Trump's refusal to divest himself of his companies or show his tax returns will just be part of some vague sense of "norm-busting" that didn't really add up to anything.

Last week, several career officials at the Department of Justice informed the incoming administration that they want full "independence" from politics, which may be well-intended but in reality may well mean that Attorney General Bill Barr's recent designation of John Durham as a special counsel charged with "investigating the investigation" will be seen as inviolable by a new AG. The same logic will apply if Trump manages to persuade Barr (or his replacement, if he fires him before Jan. 20) to name special counsels to investigate Hunter Biden or the alleged election irregularities.

Even if the Trump regime doesn't salt the earth with burrowed-in investigations, a Senate committee sending some sort of criminal referral to the DOJ, after the latter demands insulation from the Biden White House, would likely see its request granted. Even in the House, Democrats may successfully be cowed by GOP pressure to investigate Rep. Eric Swalwell, D-Calif., even though he has not actually been accused of wrongdoing, simply to show how fair they are.

You see, Democrats and the Biden team will be anxious to "restore norms" and show they're not hypocrites, so they'll go out of their way to accommodate Republicans' insincere caterwauling about "corruption." And if Democrats bring up the GOP's servile acquiescence to Trump's criminality, Republicans will shake their fists and accuse them of "what-about-ism." These folks are shameless, so we need to prepare ourselves for an unbelievably smarmy display of sanctimony. The more hypocritical they are, the more energetically they clutch their pearls.

Since the mainstream media has every incentive to make a show of the fact that their relatively tough reporting of the Trump years was not based upon ideological bias, they'll be more than willing to listen. That old "working the refs" tactic still works, perhaps even more effectively since the right-wing media no longer even pretends to report the truth. It will all be as difficult to untangle as this meticulous response to a Fox News reporter by David Frum.

Can you imagine having to spend that kind of time explaining why you chose not to follow some right-winger down the rabbit hole? That's part of the old playbook as well. Trump exhausted everyone with his relentless and transgressive misconduct. But establishment Republicans know how to wear down the public in their own style, with baseless accusations and innuendo. They're now revving up their rusty old smear machine one more time, and everything Trump did during these past four years will have had the perverse effect of making all the players in our great political drama feel the need to make the Democrats pay for it.