For some, the mini movie was dumb fun. For others, it's a tiring reminder of why the “silence, brand” meme exists 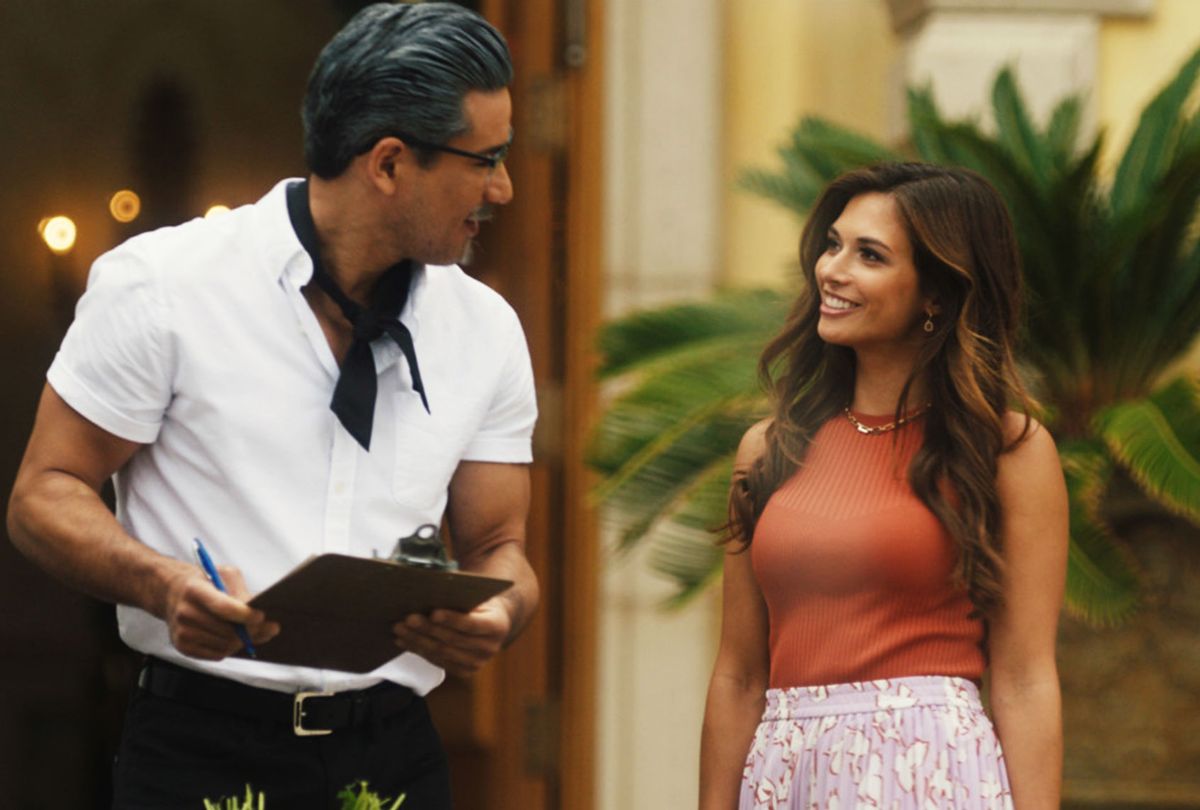 Mario Lopez and Justene Alpert in "A Recipe for Seduction" (Lifetime)
--

"Recipe for Seduction," the Lifetime short starring Mario Lopez as a hunky Colonel Sanders, is nothing but an extended KFC commercial. It doesn't honestly pretend to be anything else. The movie opens with a male announcer's gravelly voice telling viewers that "this piping-hot love affair of deep-fried romantic goodness is presented by Kentucky Fried Chicken."

The next 15 minutes is basically a bucket of Original Recipe with a side order of melodrama. In "Recipe for Seduction," the sweet Jessica Mancera (Justine Alpert) rejects a proposal from her boyfriend Billy Garibaldi (Chad Doreck), who is the human equivalent of an IZOD sweater. This enrages her mother, Bunny (Tessa Munro).

"Your father left us nothing but a legacy of debt," she whisper-shouts. "Marrying Billy is the only thing that can save us."

The Mancera family has enough money, however, to hire a new, talented personal chef: Harland Sanders (Lopez). Jessica is immediately smitten. "He's so compassionate and handsome and ambitious," she tells her friend, Lee, over the phone. "He told me he has a secret recipe that's going to change the world."

This creates some tension — especially once it's revealed to viewers that Billy and Bunny are actually having an affair. Cue some hammy scoring, a surprising amount of knifeplay, and a cliffhanger ending that points to the possibility of a sequel (my personal bet is on a Mother's Day release, both because of the obvious "bad mom" plot of "Recipe for Seduction," as well as the fact that the holiday is the chain's biggest sales day of the year).

There are some narrative threads present in "A Recipe for Seduction," none particularly subtle: the pairing of Lifetime and a fast food chain is a commentary on the concepts of "guilty pleasures" and want over need, as is Jessica's climactic rejection of a life of luxury in favor of the cook with a dream.

But, in the end, KFC's latest iteration of sexy Colonel Sanders is still just clearly meant to entice viewers to Postmates some fried chicken, just as all the company's past sexy Colonel Sanders were meant to do. On one hand, this is an innocuous, true-to-form move from KFC that seems to have brought joy to all the people who tuned into the campy spectacle, drumsticks in hand.

On the other, it's an exhausting reminder of why the "silence, brand" meme skyrocketed to popularity in 2019.

Last year, I wrote about Kentucky Fried Chicken's continued endeavor to turn Harland into an unlikely sex symbol. At the hands of the KFC marketing team, Colonel Sanders has starred in a 90-page romance novella, a Chippendales-esque stage show and a full downloadable dating sim. These campaigns never veer into the profane, though, as I pointed out before, the sex jokes write themselves (ahem, finger lickin' good) and often end up in the comments section. Regardless, they do tend to garner a ton of attention simply because they are so elaborate.

"We are always looking for ways to reach new audiences and make the Colonel a part of pop culture, in unexpected — but authentic — ways,"  Jill Stowers, Associate Manager of Digital Marketing, KFC U.S., told me in an email at the time. "We want to create compelling experiences that these communities will seek to be a part of."

The idea that a brand's campaign dovetails with or even furthers popular discourse is at the heart of modern advertising. "The internet is now an attention economy," wrote Nathan Allebach in his exhaustive timeline of Brand Twitter for Vulture. "Advertising is designed to misinform and blend in with culture."

But this isn't an average year.

While in the past, as Allebach writes, a notable brand could go viral almost monthly for "tweeting something provocative, absurd, or entertaining," the pandemic shifted the ways in which big companies could appropriately interact with customers online. Saucy clapbacks from Wendy's felt out of place when lines for food banks in some cities stretched for miles. Soon, as PR Week reported, consumers indicated they were tired of hearing phrases like "all in this together," "the new normal" and "unprecedented."

After spending years perfecting an online tone that Allebach identified as being "more self-aware and ironic," many brands were confronted with having to determine what felt right during a global pandemic. That's why "A Recipe for Seduction" is such an unexpectedly interesting case study in COVID-era marketing.

For some consumers, the Lifetime short is exactly what they were craving. 2020 has, by and large, been the year of just letting people enjoy things. Our collective sense of humor has been undeniably altered by pandemic and the sham that was Donald Trump's presidency. Things just continued getting weirder as the year went on. We had "Tiger King," murder hornets and the Four Seasons Total Landscaping fiasco — why not a steamy mini-movie about a fried chicken mogul?

But for other consumers, the campaign's absurdity understandably only serves to highlight the disparity between mega-chains and independent restaurants; a sort of eye roll in the direction of "Must be nice to have that Mario Lopez money."

"KFC having the money for this kind of stunt only further illuminates the discrepancies between small independent businesses that are set up to fail and the major corporations that are propped up to succeed," wrote Madeleine Davies for Eater. "Of course, KFC is only one small part of this. In a devastating year, McDonald's 'U.S. sales [roared] back in the third quarter.' Wendy's is luring in customers with free gaming consoles and expensive Fortnite endorsements."

These are things that small businesses are not able to do, Davies writes, "especially when fast-food franchises have been given a whopping $1 billion of the limited stimulus loans allotted for small businesses."

It's simply another example of how corporate advertising continues to overtly commandeer everyday spaces like film and social media. This isn't new — product placement is almost as old as film, for example — but many consumers find that some company's spendy tactics to appear mainstream register as cringey or disingenuous (hence the rise of the "silence, brand" meme).

Brand exhaustion is a real thing, and this year especially — when everything feels so unreal — there's a pervasive sense that companies will do anything for attention. The best example that I can give is how, when those monoliths began appearing around the world, I saw multiple people speculate that it was actually an elaborate marketing campaign.

"Wouldn't it be sad if it was just a stunt from a brand that was 'very online' like Denny's or Steak-umms?" I texted a friend. She immediately replied: "It wouldn't surprise me."

Just as I wasn't really surprised when Lifetime announced "A Recipe for Seduction" — nor was I shocked when I saw that KFC's corporate Twitter account respond to most tweets about mini-movie with a link to order fried chicken. No word on how many actually did.