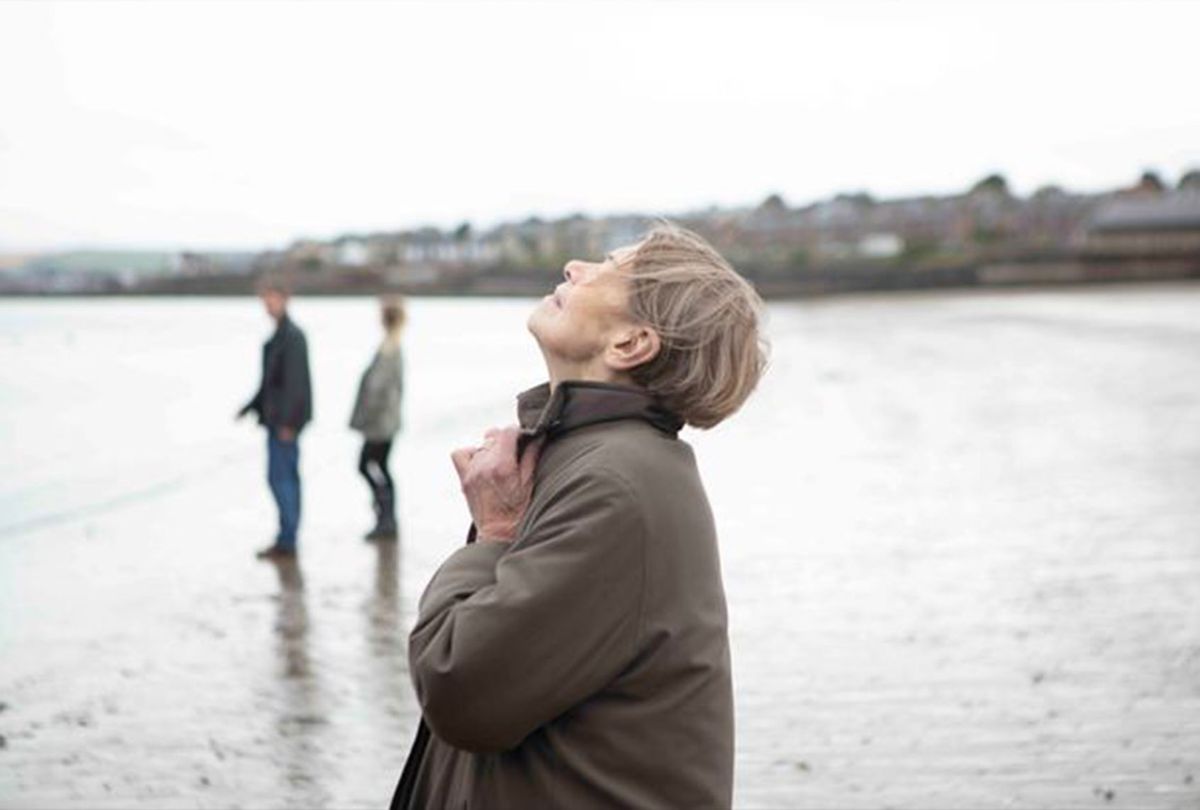 Over the last several years, the minds behind popular crime media — both true and scripted — have pushed the boundaries to expand what typical police procedural or murder mysteries includes in their narratives. This causes some blurring between genres in a way that is often really affecting. "Murder on Middle Beach," a 2020 HBO docuseries, is just as much a story about the dissolution and regaining of family trust as it is about solving the murder of Barbara Beach Hamburg. The British ITV and Netflix series"Marcella," which centers on London detective Marcella Backland, is really a story about trauma and stigma surrounding psychiatric disorders, underpinned by an investigation into a serial killer.

"Elizabeth is Missing," which is a standalone feature-length episode of "Masterpiece" (as PBS' long-running series celebrates its 50th anniversary) is a subdued, poignant addition to the list. The 87-minute television film, which is based on Emma Healey's mystery novel of the same name, centers on Maud (Glenda Jackson, after a nearly three decade break from the screen), a spirited grandmother who lives alone despite her early-stage Alzheimer's.

Her daughter, Helen (Helen Behan) places scribbled reminders all over Maud's home to remind her to complete day-to-day tasks: where to go, what to do, what to buy. At the beginning of the film, the stakes surrounding Maud's forgetfulness are pretty low; she'll space on a meeting or overbuy canned peaches because she forgot she already had some in the pantry. But her quality of life is such that she still has regular meetings with her best friend, Elizabeth (Maggie Steed).

The two women spend time in Elizabeth's garden — working, planting, complaining about how their families don't get around to see them enough. While rooting around in the garden, Maud finds a compact that belonged (or at least looks like it belonged) to her older sister Sukey (Sophie Russell), who disappeared in 1949. Maud never heard from her again.

Maud becomes obsessed with finding her, using the same memory-jogging techniques that get her through her daily tasks — scrawling observations on sticky notes and jamming bits of written information in her coat pockets — to conduct an investigation. It's a start-stop process as Maud's dementia progressively gets worse. She'll forget that Elizabeth has disappeared, then jump in anew when something reminds her.

Her interest in the case also lapses into flashbacks of her sister's disappearance and Maud's teenage years (in these scenes, her younger self is played by Liv Hill). The past and present meld, while she, and sometimes the viewer, are unsure of what is happening now and what already transpired — and if either of those events actually happened at all.

Because of this, "Elizabeth is Missing" is too muddled to be watched as a straightforward mystery; if you're looking for "Sherlock"-level precision, where all the loose ends are neatly tied, this film will come up short. However, the narrative — and Jackson as an actress — thrive in what Maud would call "the blanks."

"I don't like all the blanks," Maud tells Helen early in the film. "Elizabeth is missing. I know it!"

But no one believes her. Instead, people pity her, and Maud's frustration in response is palpable. However, she's powerless in the face of her loved ones brushing her off again and again. "I want to scream but it won't come out," she tells her family over dinner, before tossing her head back and releasing a nearly silent scream, her mouth contorting around the forceful whisper.

It's a potent, heartbreaking flicker of emotion that has haunted me since I saw it. At that point, the real story of "Elizabeth is Missing" also truly comes into clear view, even amid the uncertain mind games and memory lapses. It's about the anguish of worsening dementia — for both the sufferer and their family. Director Aisling Walsh laser-focuses her lens on the moments that quietly encapsulate that emotion: when Helen has to lock her mother in her home so she doesn't wander during the day, when Maud rails against a "mad woman with the umbrella," when she eventually no longer recognizes her own daughter.

There's the superficial parallel in "Elizabeth is Missing" between a detective attempting to piece together what transpired in a case and Elizabeth trying to rekindle her own memories through the aid of notecards and Post-its. Both are mysteries in their own way, but viewers soon begin to recognize that Maud's is likely destined to hit a permanent dead end. When that will happen is the question that drives much of the film, and it's an eerily familiar feeling for anyone whose life has been touched by dementia — the idea that a countdown clock is ticking before the person you know, as you have known them, disappears.

With equal parts sensitivity and suspense, "Elizabeth is Missing" displays an emotional range that is sometimes uncommon in crime by interweaving it with an intensely personal drama. The result is mesmerizing.

"Elizabeth is Missing" is available to stream for a limited time online, on the PBS app, on Amazon Prime's PBS Masterpiece channel, as well as on DVD.