Alzheimer's in the era of COVID-19: What do you do when you're estranged—and next of kin?

A sudden death in the family left with me no information, or answers 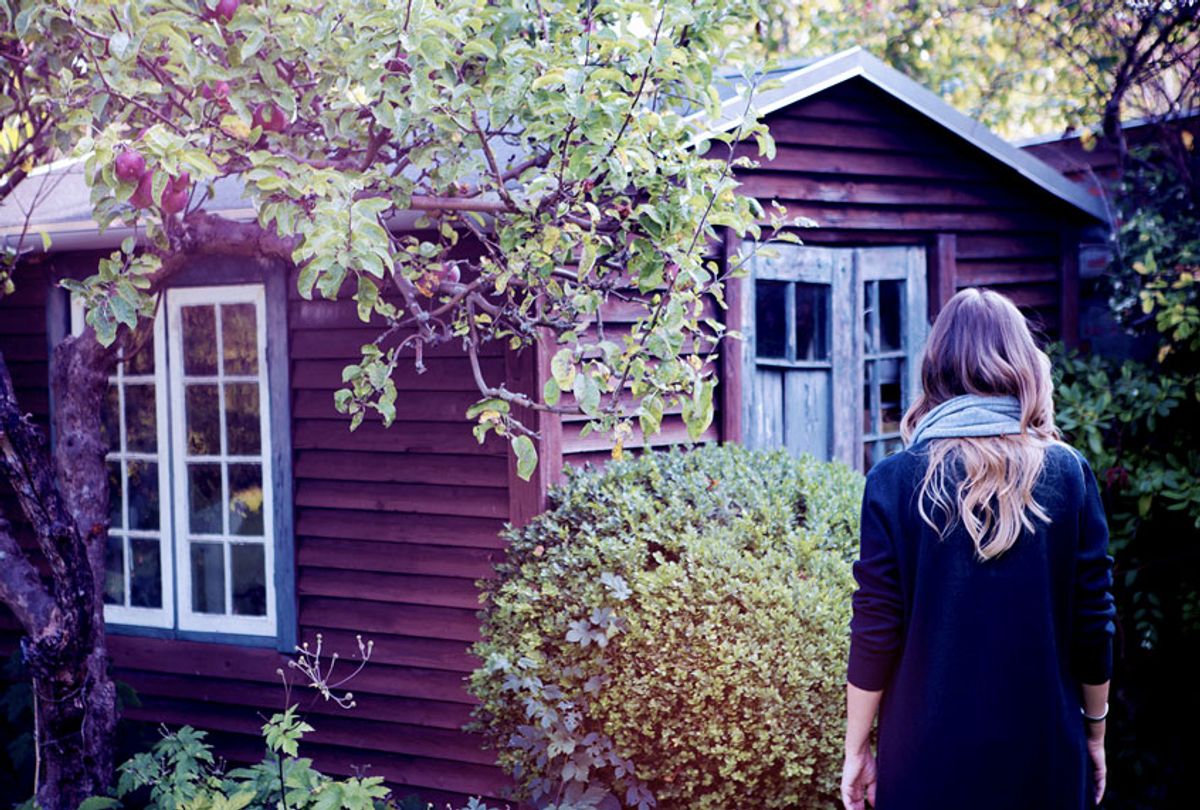 Rear view of woman in front of house (Getty Images)
--

The message was brief and cryptic. The sender appeared to be local law enforcement in a suburban town in New Jersey, and the subject line was "police in ref to" my mother's home address. "Please contact me ASAP about a pressing issue," it read, along with the direct line of someone identifying himself as an officer. It was 2:41 p.m. on a recent weekday afternoon. I picked up the phone. My fingers trembled as I attempted to tap in a sequence of numbers. I spoke to a stranger for a few minutes. And this, I knew too well from experience, would be how my life would change.

I have huge gaps in my memory from the past week. I have found myself walking around outside unable to recall if I took the elevator or the stairs, or where I'm going. I don't know if I've eaten at all, or had breakfast twice. Trauma can be a lot like being blackout drunk. You move around like you're really there, doing things and having conversations, but your brain is already running parts of the story through the shredder. I do remember the skirt I was wearing that day, and looking down at the folds and ripples on my lap as I sat at the police station. I remember the oppressive heat, and the two officers walking toward me. I did however forget my wallet and my eyeglasses, leaving them behind on the chair when I finally stood up.

When you have a parent with dementia, there's a part of you that is always on the alert for the call. When that parent is estranged, and you're in the midst of a pandemic, there's no protocol for how to respond to it. The officer hadn't given me any information on the phone. He had told me to meet him at the station as soon as possible, and that he'd talk to me then. My spouse packed our family's tried and true emergency bag: a water bottle emblazoned with the words, "After this we're getting pizza," granola bar, sweater, cash and Excedrin. I called an Uber and charged it to my credit card. I put on my face mask and spent an hour staring at the Garden State Parkway, imagining the worst.

It's a relief when you learn that your mother hasn't killed anyone. It's a relief when she hasn't burned down the house. It's a relief when a caretaker's frustration and exhaustion haven't led to something awful. All I know is that the cops seemed perplexed by my relatively sanguine reaction when they told me what did happen. All I can hear in my head is them repeatedly referring to me as "next of kin."

The home health worker had discovered my stepfather's body that morning. It appeared to be a coronary. It also appeared my mother hadn't noticed. She definitely still doesn't know he's dead. They took her to the hospital, where she remains.

I haven't seen my mother in a decade and I have only spoken to her a few times in the past 15 years. She cut herself off from my family and me long ago. I spent much of my adult life watching her grudges grow stronger and her silences longer, not just toward me but seemingly everyone. Attempts at contact were ignored, until I gave up trying.

But when the pandemic hit, I called her home to check in on her, and to my surprise, her husband answered. He told me she has advanced dementia now. He told me she was in a rehab facility. "I'm surprised you called," he said, as though I hadn't called so many times, for so many years.

We spoke a few more times after that. He explained how the facility sent her home and how he couldn't find anyplace to take her while the virus raged through the state's elder community. He said she was putting forks in the microwave and turning on the stove gas. She told him she wished he was dead, and she would kill him if she could. He told me that he sometimes prayed God would just take him. But he was several years younger than my mom. I suppose he thought, as we all do, that there would be more time.

The policeman who told me my stepfather was dead said he talked to my mother; he's been called out to the house plenty of times before. It's strange to me that he knows her better now than I do. He kept trying to hand me the keys to house; I kept begging him not to make me take them. Then he reminded me they had cats, so I called the Humane Society and blubbered to them to meet me at the address.

The house was airless and messy and had the eerie emptiness of a place that had been very recently interrupted. A matted, blind cat sat in the kitchen staring into space. His companion, meanwhile, hid so well within the clutter it took the Humane Society worker a half hour to find him. I opened up the refrigerator, took out a jug of milk, and poured it into the sink. I wandered into the living room, where a photograph of my daughters and me at the beach sat atop a pile of papers. I glanced at my stepfather's desk blotter calendar, where he'd noted in bold letters the last time my mother called the police on him.

I have no idea what happens now. If I had a normal relationship with a mother who didn't have dementia and it wasn't a pandemic, this would still be an enormous life event. My stepfather, who ran out of the North Tower on 9/11 and lost 84 colleagues that day, is dead. My mother is a widow. As things are, a woman who cannot speak for herself and a daughter who doesn't know much of anything about her now have to navigate her affairs. My mother-in-law has detailed directives and a file with all her important paperwork. My own mother is a cipher. People are saying things to me like, "I'm so sorry for your loss" and "What are you going to do?" And I don't know what to say to any of it.

I live in a city where as of today nearly 23,000 people have died of COVID-19. I have grown uneasily accustomed these past few months to not riding the subway, not sending my kids off to school, not seeing my friends. I watched a field hospital spring up a few blocks from my apartment and saw boarded up businesses become makeshift memorials for George Floyd and Breonna Taylor. I've listened to the chants of protestors and the 7 p.m. cheers for healthcare workers. I've only gone through what we have all gone through — an unprecedented healthcare crisis and social justice movement in the midst of profound personal tumult and pain and unique, staggering challenges.

I like my mother's social worker. She assured me yesterday that my mom is comfortable and "pleasantly demented." When she said that, I suddenly found myself crying. I couldn't remember the last time anybody had told me anything positive about her.

I'm grateful that Mom doesn't have to grieve. I'm not sure how she would manage it, even if she could. In New Jersey this week, the coronavirus transmission rate is rising. There is no memorial service currently planned.