Republicans are gaslighting America about Trump's coup: Only impeachment can set the record straight

Impeachment establishes a formal record, making it harder for the right to pressure media to downplay January 6 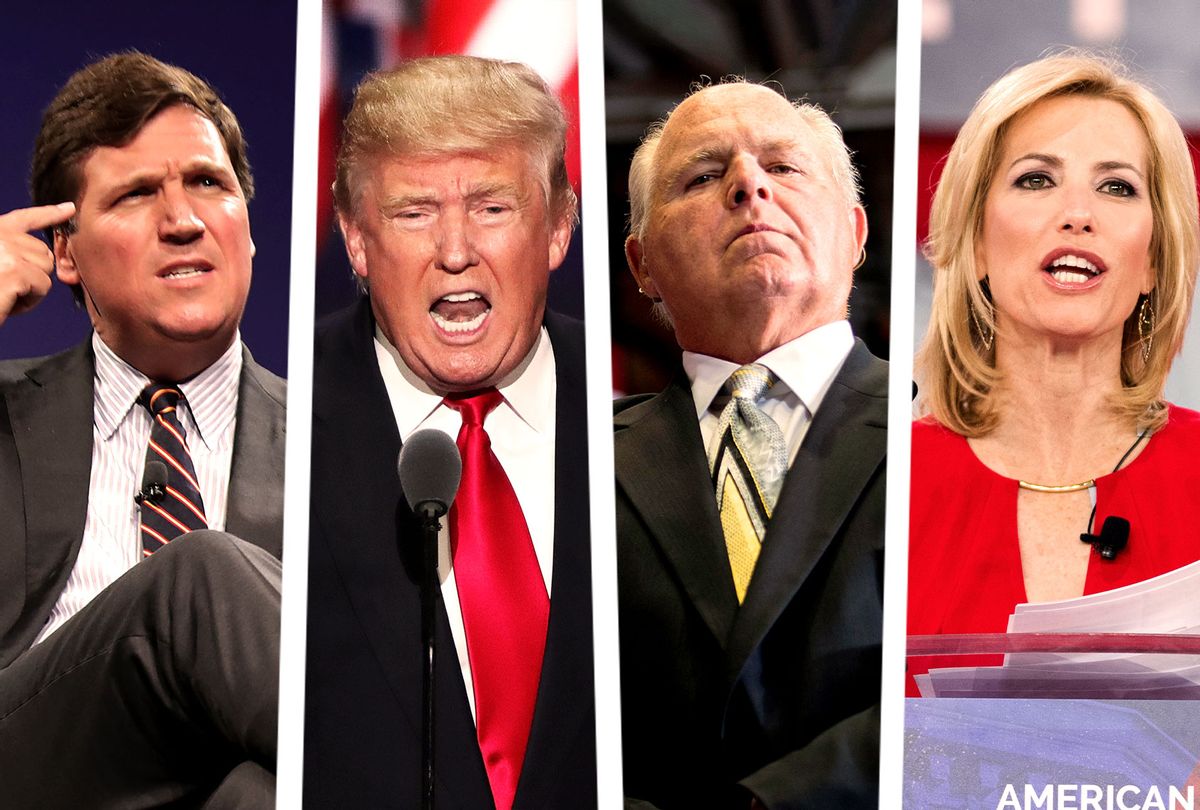 There is no doubt Donald Trump incited the insurrection on January 6. It happened largely in public and is recorded for posterity. Let's review the record:

Trump didn't add, "if you know what I mean," but he didn't have to — the people who stormed the U.S. Capitol armed with guns, pipe bombs and flex cuffs to take members of Congress and Vice President Mike Pence hostage understood Trump's wink-and-nudge style loud and clear.

None of this is subtle or confusing. Unsurprisingly, however, right-wing media figures — who want to continue to push conspiracy theories and agitate their audiences with insurrectionist talk, but don't want to face consequences for it — have already begun the process of gaslighting about Wednesday's event, insisting that it's being blown out of proportion and shouldn't be treated like the insurrection that it was.

Media Matters has a good round-up of the various strategies being employed by right wing media to spin Wednesday's events as something less serious than an attempted coup spurred on by Trump himself. Fox News' Tucker Carlson is reframing the insurrectionists as the real victims, subject to imaginary liberal incursions on vaguely defined "freedom." Laura Ingraham is working the "both sides do it" angle, falsely equating random and disorganized acts of vandalism during Black Lives Matter protests with the Trump crowd's direct attempt to overthrow the U.S. government and likely murder congressional leaders. Sean Hannity is still working the "antifa did it!" lie, even after the FBI announced no evidence linking anti-fascist activists to the Trump-motivated mob. And Rush Limbaugh is denying that the insurrection was violent, saying it was simply people taking "selfies," ignoring the fact that five people died, including a Capitol police officer who was beat to death by someone wielding a fire extinguisher. These tactics of deflection also ignore that the mob clearly intended more mayhem— rioters weren't carrying weapons and wearing armor for their health — and it was only a matter of luck that things didn't get worse.

Unfortunately, such right-wing media pressure campaigns have worked, going back at least to the 1990s, when a campaign by figures like Rush Limbaugh to downplay Timothy McVeigh's 1995 terrorist attack on a federal building in Oklahoma City effectively shut down needed discourse about the role that extremist rhetoric on the right played in the attack. Similarly, feigned outrage on the right over an FBI report in 2009 over the threat of domestic terrorism from returning veterans caused the Obama administration to buckle, withdrawing the report. Since then, there's been an air of heightened skepticism in mainstream media towards efforts by progressive activists to highlight the growing threat of domestic terrorism. Mainstream journalists have tended, all too often, to treat those warnings as hysterical, even in the face of terrorist attacks in El Paso and Pittsburgh.

Right-wing efforts to minimize right wing violence can work, so Democrats need to act swiftly to take control of the narrative. Republicans must not be allowed to rewrite history to minimize the seriousness of this situation. And the best possible tool that Democrats have right now to evade right wing gaslighting is impeachment.

The good news is that Democrats seem to understand this. After giving Vice President Mike Pence the whole weekend to invoke the 25th Amendment and remove Trump from office, House Democrats announced that they would be introducing an article of impeachment on Monday, accusing Trump of "incitement of insurrection." Still, there still seems to be some desire on the part of House Democrats to give Pence another 24 hours, leading to a confusing timeline where the impeachment is likely not to be brought to the floor until Tuesday.

Tomorrow we advance my Resolution calling on VP Pence to mobilize the Cabinet to state the obvious—President Trump is unable to successfully discharge the duties of office—and to immediately transfer powers to the VP under section 4 of the 25th Amendment. https://t.co/OTSsvvCxUk pic.twitter.com/6bAOTDgk4l

Pence will no doubt use this time to leak claims he's "thinking" about it, when he has no actual intention of doing so, in order to buy more time. Democrats should not be fooled and should not delay any further in the vain hope that Pence will abandon his lickspittle ways this late in life.

But understanding that Pence would rather let Trump send mobs after him to kill him than to invoke the 25th is not the only reason to move swiftly on impeachment. Even if Pence was to act — and he won't — impeachment is necessary to create a legal and historical record underscoring the truth: Trump incited a mob and sent them after Congress in an attempt to overthrow the U.S. government.

Articles of impeachment are the kind of official documentation that make it much harder for right wing forces to pressure mainstream media outlets to downplay what happened on Wednesday. It makes it a matter of public record that this was, indeed, an insurrection. That will help be a check against the impulse of cowardly editors and producers in mainstream media to give into the right wing gaslighting campaign. Impeachment will be a show of support from Congress for those who are willing to speak the truth, that we witnessed a coup, incited by Trump, against the leaders duly elected by the people of the United States.

It's a bummer that such a thing is necessary, of course. It would be nice if the truth was enough for the media, and right wing lies weren't so effective at shaping coverage. But it is what it is — bothsiderism has a remarkable gravitational pull, even in the face of an outrage as awful as Trump's attempted coup. Right now, the mainstream media is being refreshingly forthright about the violence of January 6. Impeachment will help stiffen their spines in the coming days and weeks, as the right wing media continues to insist the insurrection was merely a kerfuffle.