"Minari" is an American film about the American dream — why did the Globes categorize it as foreign?

The decision, as well as snubbing Steven Yeun, raises questions of where the immigrant experience fits in America 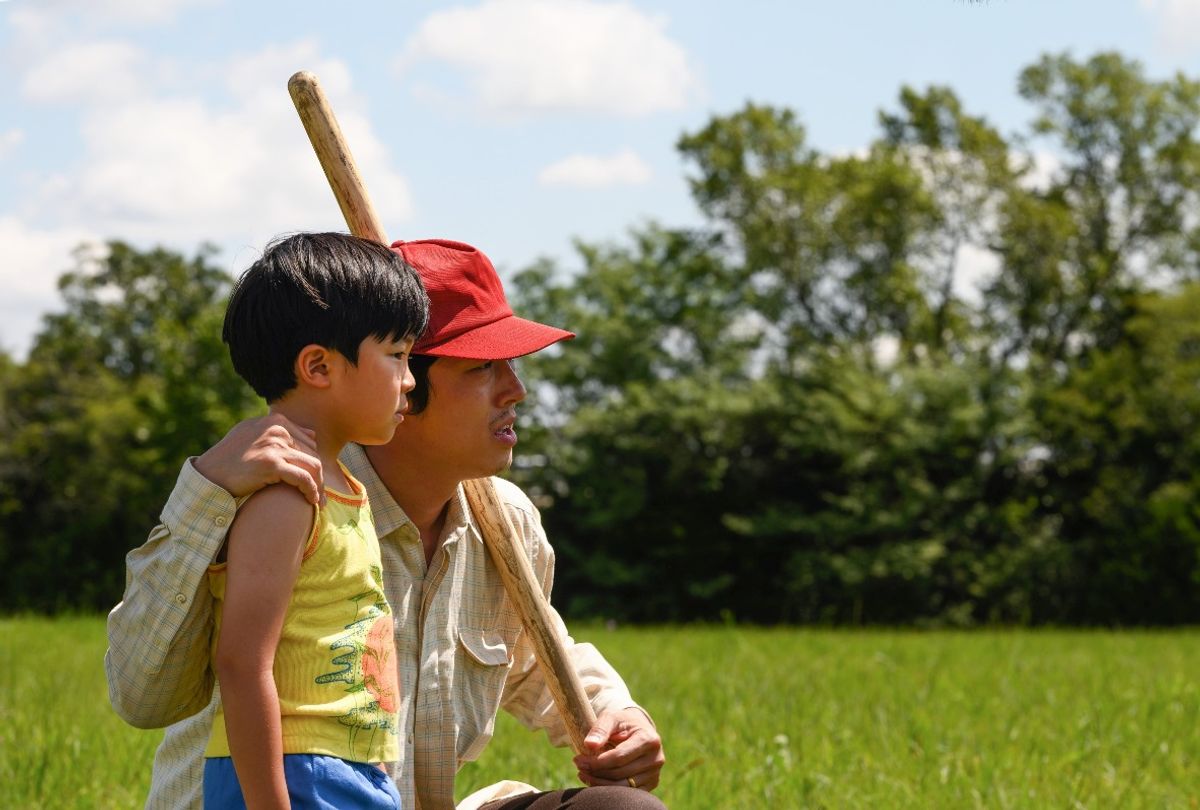 The Golden Globe nominations were announced Wednesday morning  and to the disappointment of many cinephiles, A24's acclaimed fillm "Minari" only received a nod for the Best Motion Picture – Foreign Language Film category, despite being an American film. Its stars — "Walking Dead" star Steven Yeun, Han Ye-Ri and Yuh-jung Youn — were also snubbed in the Best Drama Actor, Best Drama Actress and Best supporting Actress categories.

Lee Isaac Chung's semi-autobiographical film follows a Korean American family who relocate from California to Arkansas in the 1980s in search of their own American dream. It's a film made by Americans in the United States and takes place entirely in America, but according to the Hollywood Foreign Press Association, the voting body behind the Golden Globes, it features too much Korean dialogue to compete for the night's top Best Picture Drama prize on Feb. 28.

This decision created controversy and a significant amount of backlash that has affected other critically acclaimed films that feature non-English dialogue in the past — though curiously, not all of them. This has led many in the industry to call for an examination of how the HFPA's rules are applied and, on a larger scale, how American filmgoers and critics categorize "foreignness" in a country that is fundamentally built on the immigrant experience. It's also a decision that contributes to the dangerous anti-Asian sentiment and rhetoric that has constantly plagued the community, and especially during the coronavirus pandemic. Take a look at "Minari":

Here's everything you need to know about HFPA's decision, industry members' responses, and what's next for "Minari."

Why exactly, according to the  Hollywood Foreign Press Association, was "Minari" ineligible to compete for the Best Motion Picture – Drama category?

In December, the Hollywood Foreign Press Association completed its annual review of film submissions for the Golden Globe awards and announced that "Minari" would not be eligible to compete in the Best Motion Picture – Drama, category, and would be considered in the foreign language film category instead.

The justification offered at the time, per the Hollywood Reporter, is that HFPA guidelines stipulate that in order for a film to be submitted for the best picture category, the script must be at least 50% in English. "Minari" is predominately a Korean-language film.

Also in the category are the films "Another Round," "La Llorona,""The Life Ahead" and "Two of Us."

Why was this a controversial opinion?

"Minari" is very much an American film  — one was created, produced and bankrolled by Americans. Lee Isaac Chung, a Denver-born filmmaker, wrote and directed "Minari," which was financed and distributed by Plan B and A24, two American companies. The film was primarily shot in Tulsa, Oklahoma. Lead actor Steven Yeun immigrated from Korea to America with his family when he was five years old.

When it was announced that "Minari" was being categorized in the foreign language film category, it immediately raised questions with many filmmaker and industry professionals about whether the guidelines were antiquated — especially in a country where 20% of households speak a language other than English — and whether they were applied uniformly.

Korean-American actor Daniel Dae Kim likened the categorization to "the film equivalent of being told to go back to your country when that country is actually America," a sentiment that was echoed by "Kim's Convenience" actor Andrew Phung.

Pulitzer Prize-winning novelist Viet Thanh Nguyen wrote in the Washington Post that "'Minari is about immigrants who speak Korean, that doesn't make it 'foreign.'"

"If, hypothetically, Steven Spielberg were to make an epic about the Jewish immigrant experience and script much of it in Yiddish, he could probably persuade the HFPA to consider his movie an American story, and rightly so." he wrote.

As Hollywood Reporter writer Scott Feinberg pointed out, at least two other 21st century films — "Babel" and "Inglourious Basterds," which, per IMDB, is only 30% in English and therefore fell short of the HFPA non-English dialogue guidelines – yet still won in the Best Picture category. However, both of those films starred Brad Pitt, alongside other white A-list stars.

Has the HFPA made similar categorization decisions in the past?

In 2019, the Hollywood Foreign Press Association opted to categorize "The Farewell" as a contender for best foreign language film, as opposed to best comedy. The film, which stars Awkwafina, centers on a Chinese-American family who return to China under the guise of a fake wedding to stealthily say goodbye to their beloved matriarch – the only person that doesn't know she only has a few weeks to live.

The film was beloved by critics and viewers alike, but since it was predominately in Mandarin, it was ineligible for the top category — a decision with which director Lulu Wang took issue. On Twitter following the announcement, she wrote: "Can a 'foreign film' be in OUR language (i.e. English)? Can a domestic (i.e American) film be in a foreign language? What does it mean to be foreign? And to be American?"

That same year, two other critic favorites — "Parasite" and "Pain & Glory" — did not qualify for the Golden Globe Best Motion Picture – Drama award because they were, respectively, filmed entirely in Korean and Spanish.

What is next for "Minari" and its talent?

There's long been a precedent of films that were placed in the Foreign Language category at the Golden Globes going on to garner nominations for Best Picture at the Oscars – a far bigger film competition – including: "Crouching Tiger, Hidden Dragon," "Letters from Iwo Jima," "Amour," "Roma" and last year's "Parasite."

And while the film's talent — actors, screenwriter and director — were eligible to compete in their respective categories, they weren't nominated. To many, the exclusion of Yeun felt like the biggest snub. They all will, however, have an opportunity for Academy Awards nominations, which will be announced in March.

Will the Golden Globes ever adjust their rules regarding foreign language films?

The answer to that question is a big "maybe."

Per The Hollywood Reporter, "studio sources who have frequently dealt with the HFPA suspect that the organization may be open to amending its rules after this season is over," perhaps even reverting to an old rule that stipulated that "American productions — films with major financing and/or creative elements from the United States — would henceforth not be allowed to compete in the foreign language category in order to save spots for productions without ties to America."

However, it's not likely that the Golden Globes will ever adopt the Academy Awards' position that a film can compete for both best foreign-language film and best picture.

Wednesday's Golden Globe nominations included some other expected turns, as well. David Fincher's "Mank," a drama about screenwriter Herman Mankiewicz, earned six Golden Globe Award nominations, the most of any film. "The Trial of the Chicago 7" was close behind with five. In the Musical/Comedy category, "Borat Subsequent Moviefilm" snagged three nominations, which was trailed by Netflix's "Prom" with two.

There were some welcome surprises, too, like when the HFPA actually nominated female directors — Regina King, Chloé Zhao and Emerald Fennell — for the first time in seven years. Here is a full list of nominations.