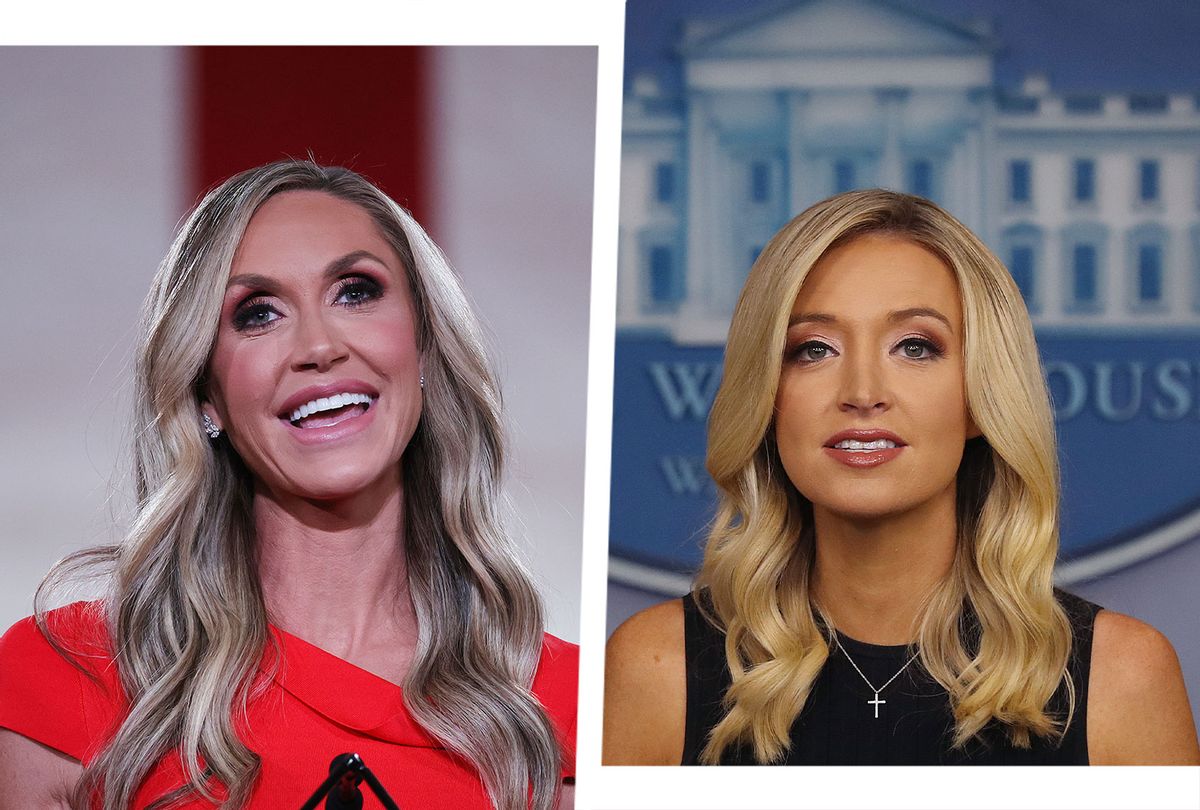 Fox News is becoming even more ardently pro-Trump, with a series of new hires.

Over the past two days, the conservative cable news giant signed on Lara Trump, the daughter-in-law to former President Donald Trump, as a contributor and promoted former Trump White House Press Secretary Kayleigh McEnany to a co-hosting gig for one of their day-time programs, "Outnumbered." With the revolving door of Trump allies and even Trump family members making their way into Fox News, questions have arisen about the ethical standards the former Trump officials will be held to by their new employer.

The former Trump White House Press Secretary originally joined Fox News at the beginning of March, despite negotiations for the job taking place throughout January, which was halted following the events of the January 6th Capitol siege. In a statement released on Tuesday, Fox News Media CEO Suzanne Scott praised the former Trump flack who had a sticky relationship with the truth and profusely misled the press. "Kayleigh's unique background in politics and law coupled with her experiences confronting women's health challenges and life as a new mom will add robust insight to 'Outnumbered' — we are delighted to welcome her back to Fox News where she began her media career," Scott wrote. With McEnany taking the high-powered Outnumbered co-hosting slot, media critics have plenty of fair questions to ask centered around whether or not the former outspoken Trump official will continue to deceive viewers of the news channel.

The fresh hires for the conservative network didn't stop with McEnany, as Lara Trump shared the news on Monday during a cable hit that she had become a new member of the Fox News "family." Lara Trump signed on with Fox News in the same way McEnany did by first becoming a contributor. Many of the Fox News contributors, mostly partisan hacks, include names such as Dan Bongino, Leo Terrell, and Ben Domenech. "I'm so excited, first of all, to be joining the Fox family," Lara Trump stated on Fox & Friends early Monday. "I sort of feel like I've been an unofficial member of the team for so long. You guys know, it was kind of a joke over the past five years; I would come there so often that the security guards were like, maybe we should just give you a key."

Speaking about the potential ethical conflicts arising from her hiring, as she weighs running for the U.S. Senate in North Carolina, the Donald Trump daughter-in-law claimed as those decisions are made, "all the rules" will be followed. "Fox has been very generous with me. They have said, look, if that's something that you ultimately decide to do, they're going to work with me on that front and make sure that everything, all the rules are followed, and we do everything properly. So thank you to the Fox team for allowing me to have the possibility that that's in the future," Lara Trump stated.

While there might be muddy waters around Lara Trump signing with the network, the Trump family member is already a frequent flyer on Fox News, making the shift to being a contributor a rather small upgrade. But the media watchdog organization Media Matters for America says that Lara Trump has already shown more than enough reasons why they shouldn't trust Trump. "Lara Trump pulled down a six-figure annual salary for her campaign work that was routed through private companies to skirt federal disclosure requirements. She hosted a campaign web series that repeatedly featured Fox contributors -- in possible violation of network policies -- and repeatedly promoted QAnon conspiracy theorists. From August 2017 through last week, she made 106 weekday Fox appearances, according to Media Matters' database; 29 of them came on sometime Trump political operative Sean Hannity's program," the media watchdog organization Media Matters for America reported.

Fox News continues to bring on board more pro-Trump pundits, in the wake of facing increased rating competition from Newsmax TV following the 2020 election and potentially finding a rival cable news network started by Donald Trump...the network has only one way to go, to please their audience, and that is further to the political right.