Pete Davidson as Gaetz, Kate McKinnon as Pepé Le Pew & Chris Redd as Lil Nas X were "Oops You Did It Again" guests 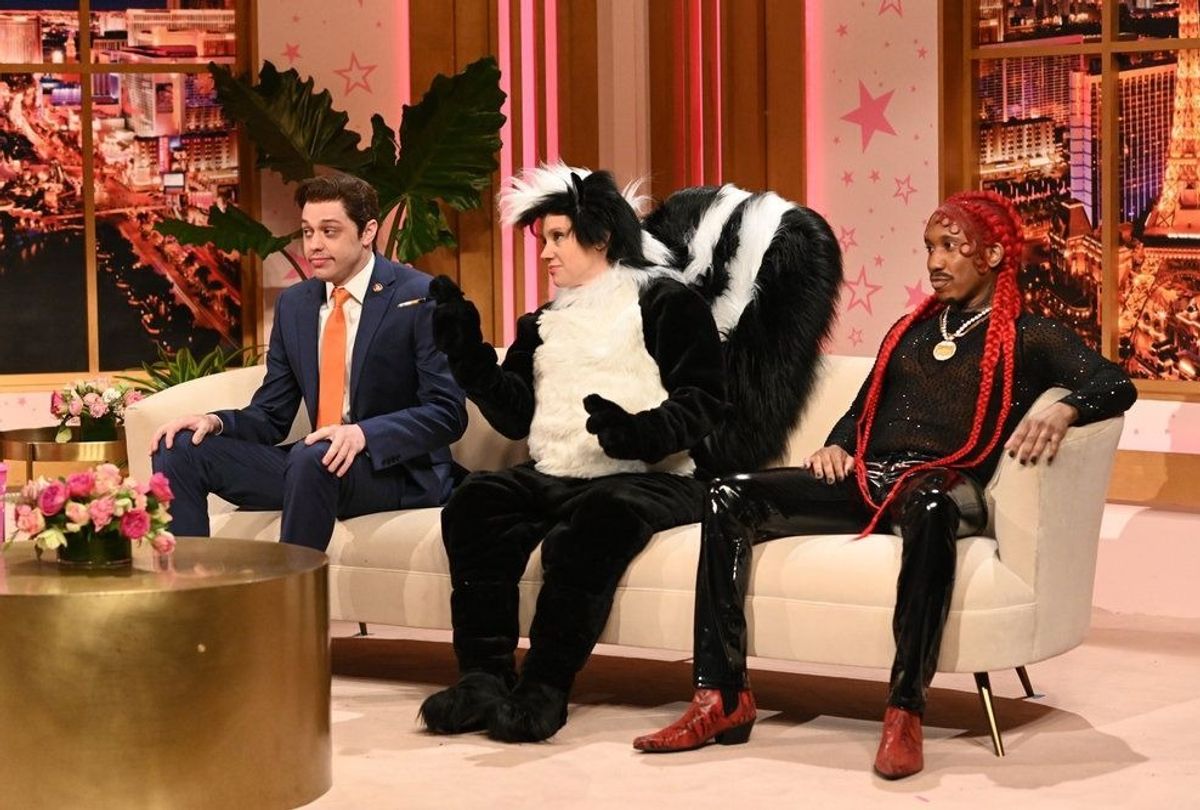 Pete Davidson as Matt Gaetz, Kate McKinnon as Pepé Le Pew, and Chris Redd as Lil Nas X during the "Britney Spears" cold open for April 3, 2021 with Daniel Kaluuya as host (Will Heath/NBC)
--

The skit featured Britney Spears hosting a TV show called "Oops, You Did It Again."

The skit featured Lil Nax X giving God a lap-dance to balance things out after giving satan one. The next guest was Pepé Le Pew.

"So this whole story is so bizarre, so incredibly Florida, that I need to get it straight," Spears said. "You were dating a 17-year-old and brought her on dates across state lines?"

"Prostitutes say you took ecstasy and had sex with them in Florida hotel rooms," she continued. "And your Republican colleagues in Congress say you've shown then nude photos of women you were sleeping with."

"Which is not a crime," Gaetz claimed. "Just horrifying."

"I don't know Matt, I think I can spot a teen predator one I see one – after all, I was on 'The Mickey Mouse Club,'" Spears said.

"Do you think these allegations are going to hurt you in the next election?" Spears asked.

"Weirdly, in my district, they might help," Gaetz said of his Florida Panhandle constituents.

The show was hosted by Daniel Kaluuya with St. Vincent as the music guest.