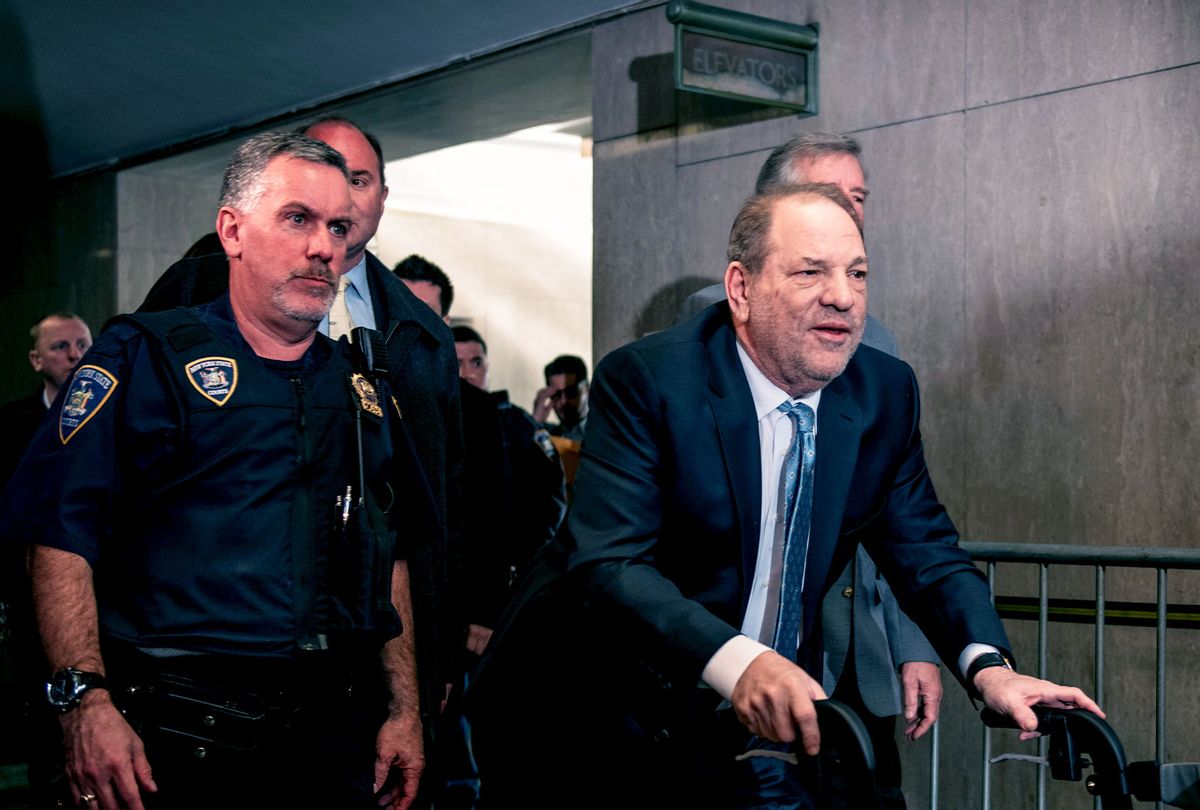 Harvey Weinstein has filed a long-expected appeal in the New York State Supreme court, challenging his 2020 conviction for two felony sex crimes, the New York Times reports. On Monday, Weinstein's attorneys wrote in the appeal that "the prosecution tried Weinstein's character, not his conduct."

They said that the case — which resulted in a 23-year prison sentence for the 69-year-old Hollywood producer — relied heavily on testimony from three women who allege that Weinstein assaulted them, though he was not charged for the behavior they described. Weinstein's legal team said this caused the jury to focus on their client's history of allegations rather than on specific charges.

Additionally, the attorneys argue in the nearly 170-page appeal that a testimony from a fourth woman, actress Annabella Sciorra who testified that she had been raped by Wesintein in the early 1990s, should not have been included, as well the fact that an autobiographical book by one of the jurors indicated that she was biased against Weinstein.

At his sentencing, Weinstein was convicted of a first-degree criminal sexual act and third-degree rape. However, in total, Weinstein has been accused of sexual misconduct by more than 90 women and faces additional criminal charges stemming from two attacks that allegedly took place in 2013.

After his guilty verdict, Weinstein's legal team asked that he be kept free on bail due to his poor health, but the request was denied. Shortly after his sentencing, Weinstein began experiencing chest pains and was hospitalized. He later tested positive for the novel coronavirus.

Weinstein has largely remained silent on the charges, though he has given a few self-important interviews in which he is adamant about his role in elevating women in Hollywood.

"I feel like the forgotten man," Weinstein told the New York Post's Page Six in 2019. "I made more movies directed by women and about women than any filmmaker, and I'm talking about 30 years ago. I'm not talking about now when it's vogue. I did it first! I pioneered it!"

Per The New York Times, this marks the beginning of what is likely to be a lengthy effort by Weinstein's legal team to change his fate. However, the accusations against the producer helped spark the #MeToo movement, after several women accused him of harassment and assault. This led to global discussion of how sexual assault by men in positions of power is overlooked and unreported.

Prosecutors will respond to the arguments in Monday's appeal in the coming weeks.