We are all germophobes now

I used to be cavalier about cleanliness. Now I see danger everywhere. I'm not alone 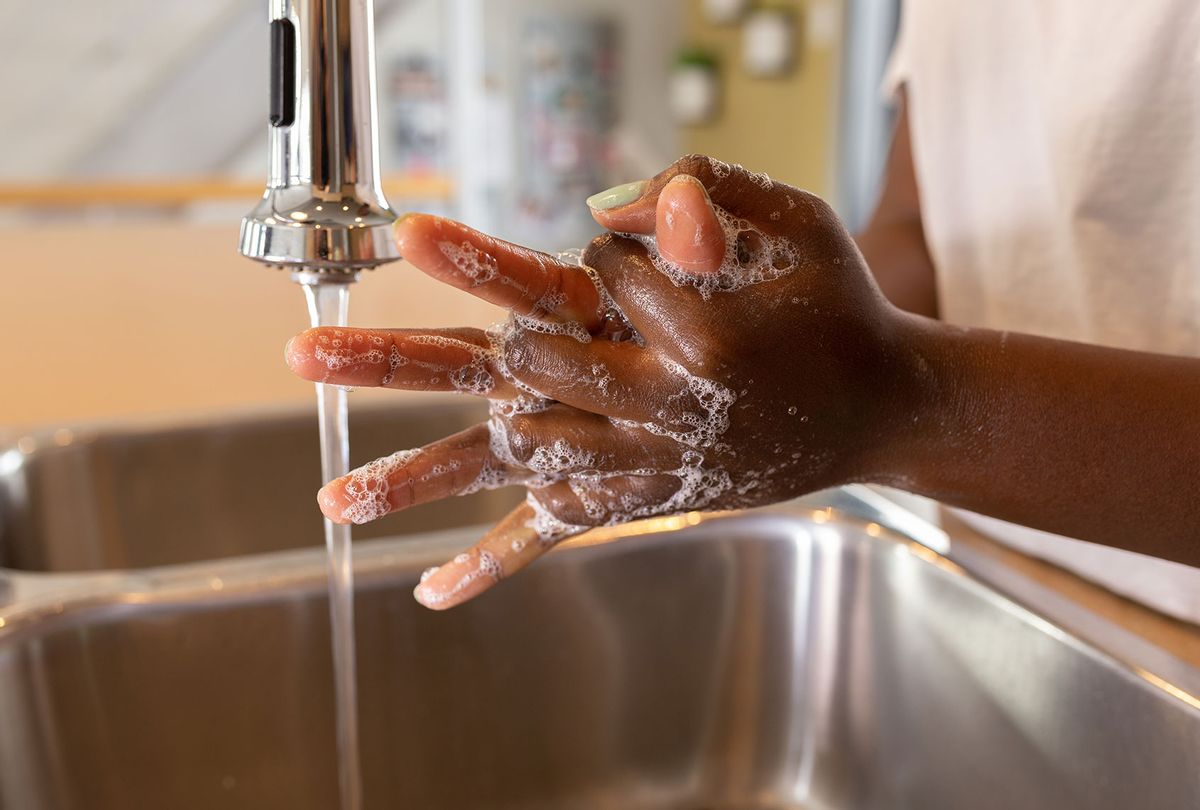 I can't imagine when I'll buy pants again. Not that I'd been thinking about pants at all this past year, or felt any desire for new ones. But walking through Target recently, en route to the toilet paper and kitchen sponges, I glimpsed a pair of trousers on a rack. I played a quick scenario in my mind. In a moment, I realized that the entire process of going in to a dressing room, trying on clothes that someone else may also have tried on, potentially putting them back on a hanger for yet another person to try on — all of it — seems to me like absolute madness. It seems as ludicrous as sharing a used tissue. Even after being vaccinated, I've apparently become more germophobic. Then again, I don't know how germophobic I should be. All I know is that COVID-19 has changed us all, and it's changed how a lot of us feel about the things that other people have touched.

The pandemic has been an unpredictable experience for the already anxious and obsessive, and the myth that those inclinations always and only manifest in Lady Macbeth-level hand scrubbing needs to be retired. Writing last year in Glamour, Akanksha Singh wrote candidly about her pre-existing mysophobia — fear of germs — saying that she'd been surprised to find that "my germ anxiety suddenly feels validated — now everyone sees the germs I see everywhere…The pandemic has actually helped ease my phobia." But in a Scientific American feature on obsessive-compulsive disorder (OCD) from last year, a woman named Carli admitted that she was afraid to leave her apartment. "The compulsions in my head have definitely gotten worse," she said. "In terms of wearing a mask and cleaning my groceries and going into stores, it's really hard to gauge what is a normal reaction and what is my OCD."

And that's the challenge. When a contagious outbreak is wreaking havoc, how does anyone tell any more what's normal, what's "normal for me," and what's excessive?

"I believe that this generation has been trained in general, but more specifically because of the pandemic, to be more hypervigilant and sensitive to risk and uncertainty than previous generations," says Lindsay Case, a Licensed Clinical Social Worker in Virginia who focuses primarily on with people with anxiety.

Case noted there is a wide range of that sensitivity. "As has always been the case, 'normal' precautions for me will be considered high risk for someone else. What someone else considers overly cautious might be seen as irresponsible by another person. I don't think we have recalibrated the metric," she says. "I think we have expanded the spectrum of the metric."

That response jibes with my own experience of the inconsistent, idiosyncratic nature of both fear and ritual. In previous times, there was no divey restaurant or bar that could give me pause; no porta-potty I feared. I played fast and loose with the five second rule, ate off other people's plates and sat, untroubled, on hotel bedspreads.

Now, I'm different. I don't wash my hands till they're raw or wipe down every surface till my home smells like a swimming pool, but I do note my already baked-in anxiety going off in exciting new directions. I'm lately nervous around anything involving particles in the air, whether it's smoke or dust-spewing construction sites. And while I'm fine touching household merchandise like food and cleaning supplies when shopping, the thought of rummaging through clothing racks makes me shudder.

It's not like in the early COVID-19 days, when standing too close to a stranger could evoke a reasonable concern about virus transmission. It's a sense that certain once familiar parts of everyday life now feel infused with an inchoate dread.

"As soon as the CDC recommendations to wash hands came out, I started wondering about the possible impact our new focus on germs would have on people with anxiety and OCD," says Katie Lear, a a licensed counselor in Charlotte, North Carolina. "People with OCD feel compelled to repeatedly perform behaviors in a very specific way in order to avoid a bad feeling or outcome. Now," she says, "that's exactly what we're being told to do by our health experts: perform these hygiene rituals in exactly the right way, or you and your family could become seriously ill."

Lear adds, "When you're trying to assess whether anxiety and caution are 'normal,' it's helpful to look at how it impacts overall functioning. It's normal, understandable, and healthy to want to be extra careful given the circumstances. However, if the precautions a person is taking seriously interfere with daily life, that might point to a larger problem."

There is no question that the pandemic is still disrupting that daily life — and, in the long run, creating what a recent feature in Psychiatry Research describes as a rise in "fear and agony in the general population and healthcare staff professionals." But while sales of hand sanitizer have gone through the roof and the prospect of socializing again seems overwhelming to many of us, it does not follow that we can't find our own, re-adjusted sense of normal, or that the fear of contamination has to take up permanent residence in our brains.

"All precautions must be taken to prevent avoidable infections and further deaths," says London psychologist Dr. Raffaello Antonino. "However, it is perfectly possible to maintain caution and protecting ourselves and others, while also avoiding to negatively affect our mental health by placing an extreme and unnecessary strain on ourselves, by catastrophizing and engaging in behaviors which will make us more anxious, unhappy and isolated."

There are many parts of this entire nightmare that may ultimately bring about some positive changes. It has in many ways encouraged us to adopt healthier, more common sense habits. I'm no longer quite the casually filthy germ-magnet I once was, and while I miss my old pastimes of groping subway poles and obsessively touching my face, it's no doubt for the best I've quit them. What's harder is the way that random things — things in the air, things at my fingertips — still seem so scary. I'm working on it, though.

"It is important to distinguish between normal fear, which refers to a proportional psychological response to an existing threat, and pathological anxiety, which is by definition a disproportionate reaction to a threat or a misappraisal of a threat," says Nathan Fite, owner and clinical director of the Cincinnati Anxiety Center. "We encourage people to follow the science, and not the trends." And for those of us who need to take a few deep breaths in the pants department at Target, he offers a simple reminder. "Your perception of what feels dangerous," he says, "is far too often incorrect."