Dirty rice is a comforting, flavorful meal with a secret weapon ingredient that's ready in minutes 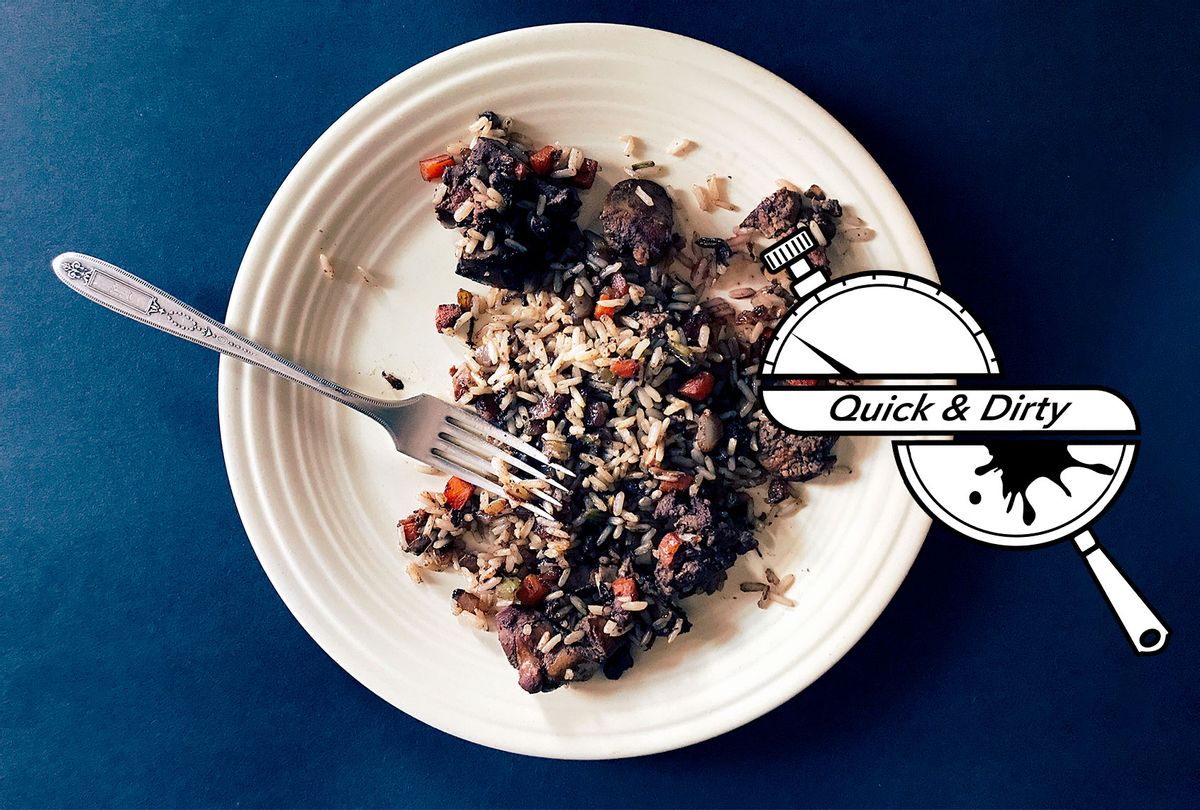 Just hear me out: Chicken livers.

I grew up on the chicken livers, blissfully unaware of how divisive they are — until the fateful day I heard the phrase, "What am I, chopped liver?" It was like asking, "What am I, bread?" Hold up, was this a bad thing?

Fortunately, southern cooking has a healthy respect for this humble food, which is showcased nowhere better than in classic dirty rice. When I talked to Mashama Bailey and John O. Morisano earlier this year about their new book "Black, White, and The Grey: The Story of an Unexpected Friendship and a Beloved Restaurant," I asked about how the dish is served there and how a home cook can turn traditional dirty rice into "Quick & Dirty" rice.

In the book, Bailey recommends soaking your livers overnight in milk in the fridge. "You don't have to," she says. "You're just going to get a more intense iron kind of flavor." She does advise, however, "If you're trying to convince someone to like chicken livers, then you should soak them."

Then there's the matter of the dish's use of the Cajun "holy trinity" — celery, green pepper, and onion. I happen to have very strong anti-green pepper sentiments, so I asked Bailey about substitutions. "I like that bitterness of them," she said. "But you can use red bell peppers, and I think that you can use green onion. That'll give you a sweeter rice, but it won't set it off too much. It will not be a true trinity, though."

My "Quick & Dirty" rice is far from authentic, but it's really good — savory and complex and comforting. I flout the trinity with pre-cut mirepoix mix from the supermarket — onion, celery and carrot. I don't chop my liver very finely either, because I love the distinctive flavor I get from big bites. Bailey's recipe calls for brandy and gumbo filé, which infuse the dish with a singular flavor. But I don't keep either of those things on hand. Instead, I rely on cayenne and red wine.

I think of this as an homage to the simple dinners my grandmother used to make from leftover rice and livers accumulated one by one from whole chickens, a meal that gratefully borrows elements from the iconic southern dish. You could do likewise with the flavors of your own family rice recipes, improvising for a comfort food dinner that comes together in minutes.

Just don't leave out the livers themselves. I promise, they're a taste worth acquiring.

Inspired by Mashama Bailey and "Black, White, and The Grey"