Free yourself from the stove: The best way to cook onions is in your favorite slow cooker

There's no chicken, homemade pizza, pasta or soup that isn't improved by the addition of caramelized onions 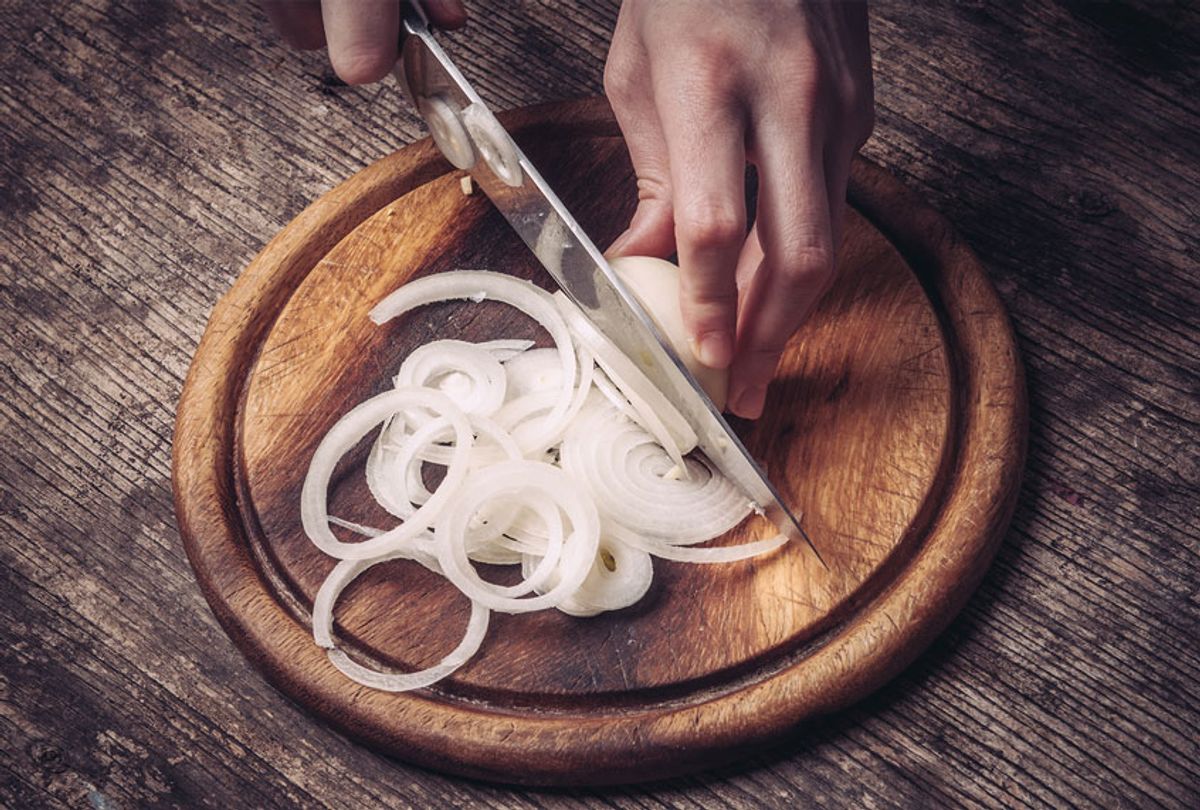 Cutting and chopping onion on wooden board with knife (Getty Images)
--

Of all the lies that cooking tells us, the greatest is how long it takes to caramelize alliums.

If you're following a recipe for cake, it'll (likely) tell you accurately how long to bake it in the oven. If you'd like to boil an egg, you can find multiple guides which will tell you the exact moment to pull it out to achieve your desired level of yolk consistency.

But nearly every dish involving onions, leeks, shallots and the like will advise you to sauté them "until golden," or about 15 minutes. If you think I'm kidding, be my guest. Look up some recipes for onion soup, which say the main ingredient be "tender, sweet and caramel colored" in "15 to 18 minutes." Or check out a certain famous recipe for shallot pasta claiming the star ingredient will be "totally softened and caramelized with golden-brown fried edges" in "15 to 20 minutes."

Putting this guidance into practice yields two possible results. You'll either hit the 20-minute mark and realize you have at least another half hour to go, hoping nobody is too hungry, or you'll crank up the heat and wind up with a pot of burned, bitter onions and a kitchen that stinks for days. Take it from me: I've done both. As Tom Scocca once wrote in Slate, "In truth, the best time to caramelize onions is yesterday."

So I want you to caramelize your onions yesterday. I want you to liberate yourself from both your delusions and your stovetop. Do you have a slow cooker? Do you have an Instant Pot? Of course you do — you bought one or both on Prime Day a few years back. Bust one of them out now, and get your money's worth.

I often wind up using the Little Dipper slow cooker which came with my Crock Pot for the job. It's the perfect size to melt down a single Vidalia. I thinly slice one up in the morning, and come dinnertime, I have a thick, jammy portion of deliciousness to apply toward dinner. As a bonus, it makes the whole apartment smell like my favorite old-school French restaurant.

You can, however, use whatever sized slow cooker you have, as well as the slow cooker function on your Instant Pot, to cook a whole bunch of alliums at once. I like to drizzle in a hit of molasses near the end of the cooking time to accentuate the taste and enhance the lush color. You may also add a few drops of vinegar to up the acidity.

Once you get in the habit, it's a glorious thing to have a supply of soft, sweet onions, leeks or shallots tucked away in the fridge to zhush up every dish you've got going on all week. A grilled cheese with caramelized onions is objectively the best lunch possible, and there's no chicken, homemade pizza, pasta or soup that isn't improved by the addition of that deep, rich allium flavor. The only limitation is how much of a bag of onions you can slice through before your weeping, watering eyes give out.

Yields as much as you want