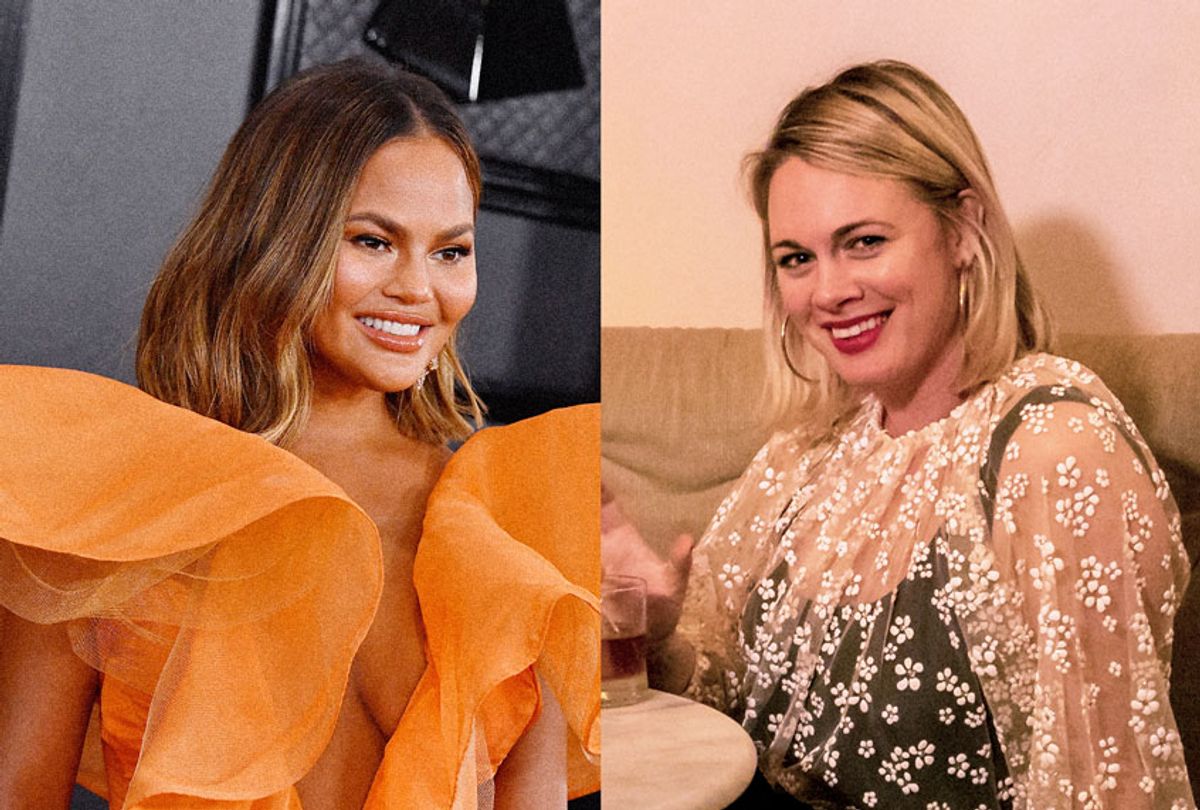 Over the weekend, the internet got to experience one of the more outsized controversies caused by people being bored and touchy while living under stay-at-home orders, when New York Times food writer Alison Roman accused former model turned cookbook author Chrissy Teigen and decluttering guru Marie Kondo of being sellouts.

Roman, who has been getting a spate of extra media attention as of late because her recipes are pandemic-friendly, gave an interview to the New Consumer on Thursday where she carped about Teigen having a line at Target and a million Instagram followers, claiming, unconvincingly, "I don't aspire to that." Roman also took a swipe at Kondo, claiming the organization expert " decided to capitalize on her fame and make stuff that you can buy," which Roman called "antithetical to everything she's ever taught you."

Roman's comments were cringe-inducing, one of the more obvious examples of how accusations of being a sellout almost always come from someone who is merely jealous of their target's success. The cringe factor was escalated by the fact that Roman targeted not two of the many men who've made a fortune selling branded materials, but two women. Roman seemed oblivious to the fact that women, and especially women of color, tend to get targeted by "sellout" accusations more often, due to long-standing social prejudices against women expressing ambition or experiencing success.

Teigen responded on Friday by calling Roman's comments "a huge bummer" that "hit me hard." (Kondo, who lives in Los Angeles, is either blissfully oblivious to this or has chosen not to respond. Either way, good for her.)

Roman's lack of self-awareness make this a Level 8 cringe event, but even so, it was surprising how much folks on the internet — mostly women, generally those privileged enough to spend hours on Twitter daily — continued to rage about this for days. Roman's multiple attempts at apologies only incensed her critics more, even as Teigen accepted her apology. Obviously, this entire situation touched a nerve, especially with women who consider themselves feminists, so much so that they're breathing life into a story most would generally recognize, in any other circumstance, as a sexist tabloid-style "catfight" narrative.

Luckily, the same weekend this happened, Natalie Wynn — a YouTube treasure whose video essays are always minor miracles of empathy, humor and rationality in a sea of social media garbage — released a video titled, simply, "Cringe." The video was written and filmed long before Roman became the latest object of cringe fascination on the internet, but Wynn, always a sharp observer of online dynamics, had some insights into the psychology of what she calls the "morbid cringe obsession," her phrase for when people spend outsized time and energy attacking an individual online for behaving in a way that's embarrassing or lacking in self-awareness.

People often "form morbid cringe obsessions" with targets that are "a symbol of something they hate about themselves, something they're ashamed of," Wynn theorizes. Wynn, who admits to having spent way too much emotional energy on "inconsequential" online controversies herself, argues that it's all too easy to form an "obsessive and addictive contempt for people who have traits in common with us; people who make us uncomfortable because we see something of ourselves in them."

Wynn, who is trans, focuses on examples of other trans YouTubers who have developed ugly habits of doing videos mocking and shaming other trans people they view as inadequate at performing their gender. But her observation that people get fixated on hating those who remind them of their own "insecurity and embarrassment and shame" applies, on multiple levels, to this Roman dust-up.

The grim reality is that for women, especially for women who consider themselves feminists, the world of cooking is still fraught with a lot of anxiety, confusion, and shame.

On one hand, cooking can be a source of pleasure and pride, one that's connected both to creativity but also to a great wellspring of hallowed tradition.

But there's also no doubt, for women, cooking is also associated with women's subservient status. Men don't bark "make a sandwich" at women to honor women's creativity and skills, after all. Women do a lot more cooking than men, and often not because of any great love of cooking, but because feeding a family is still considered lowly domestic labor, and therefore "women's work."

Female food celebrities like Roman and Teigen aren't just selling recipes. They're selling a flattering image of being the family cook to women, a narrative that leans heavily on the very real creative benefits of cooking to make women feel empowered instead of demoralized by this domestic chore.

But there's also a hard limit on how much such women actually get to portray themselves as authoritative figures in the food world. While male chefs like José Andrés and the late Anthony Bourdain are often pictured in professional kitchens or traveling the world to explore exotic food options, female food celebrities like Teigen and Roman continue to be situated in the grocery store and the home kitchen. Even Samin Nosrat, who was trained in Italy and mentored by Alice Waters of Chez Panisse, focuses her public career on domestic cooking. These women glamorize domestic life, but one never forgets that they and their audience are also being relegated to that space.

And sometimes, the contrast between the high-minded rhetoric about being a "home chef" being sold by female food celebrities and the realities of domestic drudgery is pretty cringeworthy. Roman's phalanx of hardcore fans are particularly embarrassing, as they adopt pretentious monikers like "The Roman Empire" and refer to her popular recipes with titles like "The Stew" or "The Cookies," as if they were Platonic works of art instead of good but simple variations on ordinary dishes women have been making at home since forever.

Roman's brand and her target fan base are, to use an internet term, basic. If Roman was feeling insecure about being middlebrow, however, bashing Teigen for having a line at a discount store like Target gave her a chance to feel a little more hip and interesting.

Similarly, by dogpiling Roman online, the women of Twitter can imagine that they're totally different from Roman's loyal fans, with their silly hashtags and unimaginative Instagram posts. But by even knowing who Roman is — she really is only famous to the kind of people who follow New York Times food writers on Instagram — shows they're in the same target demo as the #Basic ladies they want to feel superior to.

And by writing this piece, I must point out, I can also feel a bit superior to everyone involved, imagining that I'm too good for all of this drama, which is dumb, because I have spent hours thinking and writing about it. I, too, am driven by my own insecurities. I worry about whether I'm even a good cook, which is why my food writing at Salon tends to be full of jokes about being lazy and/or a tasteless redneck. I also feel pangs of doubt about all the effort I put into cooking — cultivating ingredients, researching recipes, cooking itself — when almost no one cares.

I suspect the pandemic, which is forcing women to cook even more in isolation, is only underlining for many women that whether you see cooking as an ennobling hobby or a bit of domestic drudgery, the rest of the world simply doesn't know or care what you do. And all that anxiety and insecurity is being poured into a fight between two of the very few women out there who actually do accrue public rewards for this domestic labor.

We've overloaded our food celebrities, asking them to carry our anxieties about domesticity, about gender inequalities, about whether we can find higher meaning in the daily drudgery of living, and about our own existential fears that loom larger now that we're stuck at home with our own thoughts. We ask too much of the women who sell us affordable dinner plates and $20 cookbooks to resolve our ongoing and likely irresolvable crisis of how to square our more transcendent desires for glory with the fact that someone has to get dinner on the table. They teach us how to make tasty meals, but we can't expect food celebrities to fix our lives.