In Netflix's "Why Did You Kill Me?" a California mom uses MySpace to hunt her daughter's murderer 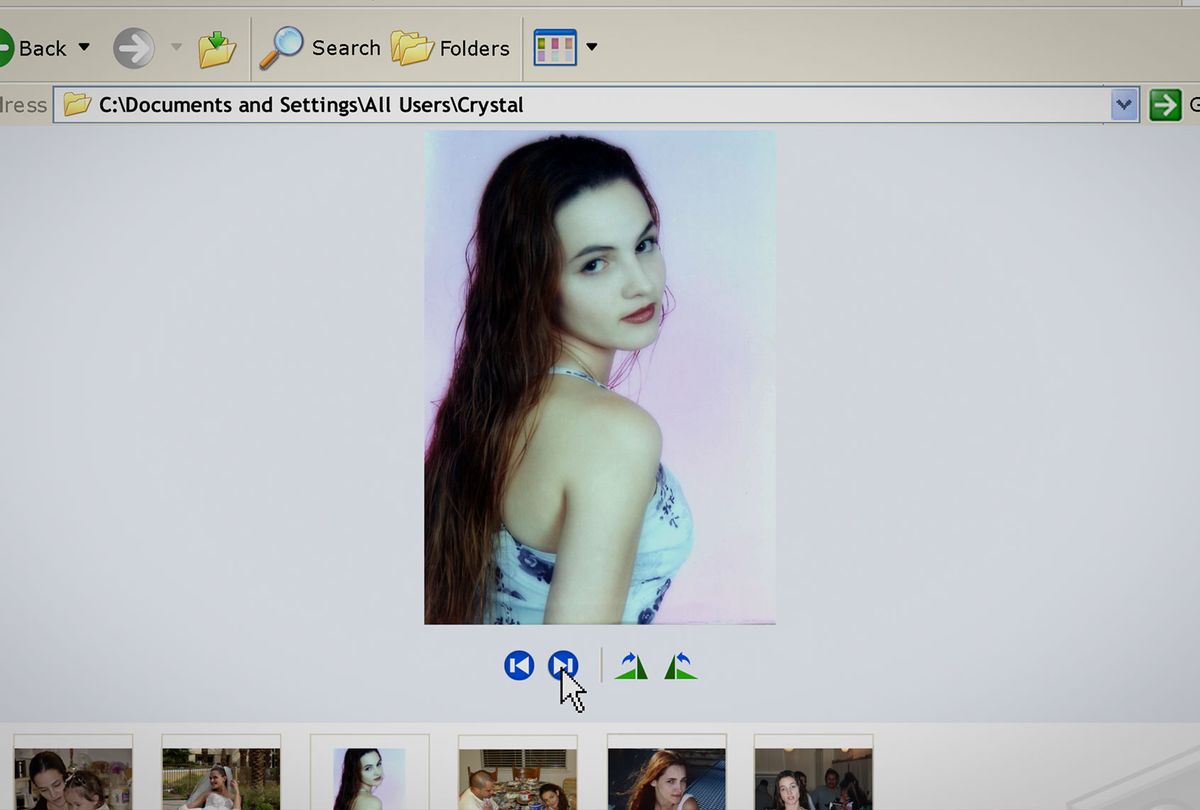 Netflix's new documentary, "Why Did You Kill Me?" has all the makings of an attention-grabbing addition to the true crime genre.

It opens with a blast from the past, as a Windows XP desktop browser boots up, and we watch as a mouse navigates over to MySpace. There, we see a chat between a young man and woman flirting back and forth via the social media site's clunky messaging platform. He professes his love for her in all caps.

"Then," she types, pausing for a moment before finishing her thought, "why did you kill me?"

From there, viewers are whisked back to a February 2006 night in Riverside, California, where the Lane-Theobald family was taking a late-night trip to the nearby grocery store. Twenty-four-year-old Crystal was in the car with her boyfriend and her brother, Justin Theobald. Crystal's boyfriend was driving, and her mother, Belinda Lane, was in another car just ahead of them.

As Crystal's boyfriend pulled up to a stop sign, a white Ford Expedition screeched into the intersection and a young man began shooting at the vehicle. A bullet hit Crystal in the back of the head. Her brother tried to render her aid outside the grocery store, but after being hospitalized, she died two days later.

Detective Rick Wheeler, who was already haunted by an unsolved gang shooting that had come across his desk, was called to the scene and became determined to find Crystal's killer. Using elegant model miniatures of cars and characters — as well as some gutting archival footage from the grocery store of Crystal's injury, plus present-day interviews — the events of that night are retold for the camera over and over again as different theories emerge.

However, the Lane-Theobalds were initially trepidatious about cooperating with the police. "I didn't come forth with everything I knew right away," Belinda said.

She initially said it was because she didn't like the detective's mannerisms, though once we find out about her family's lengthy rap sheet, it seems that was more likely motivating her distrust of Wheeler. Eventually, Belinda's other son, Nick, gets a lead from some acquaintances in the neighborhood. According to them, Crystal was killed by members of the 5150, a gang that was largely populated by young Mexican-American men and teens.

Belinda becomes obsessed with finding her daughter's killer and enlists the help of her 14-year-old niece, Jaimie, who makes a sort of digital honeypot on MySpace with the intention of extracting information from the 5150 members who are active on the platform.

Initially, Jaimie makes a fake profile for "Rebecca," a 17-year-old party girl in a "Super Chicana" shirt who loves to smoke, drink and flirt. Rebecca gets the attention of some of the members, but doesn't hold it after they ask her to come out to party and she demurs. That's when Belinda makes a risky choice.

She makes her own MySpace account with a photo of Crystal using the moniker "Angel." Like her name would suggest, she's a good girl — the kind of girl with whom even the most hardened criminal could fall in love. That's when "Angel" gets the attention of a user who goes by the name "Jokes." V.5150x3.SSR."

But "Jokes" — whose real name is William Sotelo — soon develops a soft spot for "Angel" and starts telling her about his life. He's in the Job Corps and is working as a pantry cook. He's getting his GED and would like to be "a badass chef" one day. So begins a game of cat-and-mouse as Belinda attempts to find out who Sotelo knows that has a white Ford Expedition.

When he offers to pick up "Angel" for a date, that's when Belinda finds out that the car seen the night of the shooting was Sotelo's, though the question remains whether he was the one who pulled the trigger. That's not the end of the story, by any stretch; what happens in the ensuing decade includes a serial murder plot, an escape to Mexico, a serious police crackdown on gang violence and, finally, a motive for that fateful 2006 shooting.

Put simply, it's the kind of story that is wild enough that it doesn't need too many narrative flourishes to hit, but in trying to build suspense,"Why Did You Kill Me?" doles out pertinent information in spurts, leaving some of the more revealing items until the final minutes.

It also leaves numerous questions unanswered: Who was Crystal's boyfriend? According to articles about the shooting, his name was Juan Patlan and he was shot in the stomach that night, though eventually recovered. Why didn't we hear from him in the documentary?

We find out partway through the 90-minute documentary that most of the Lane-Theobalds have lengthy criminal records, having faced charges and time for offenses ranging from selling drugs to receiving stolen property. Viewers are told some about Crystal's background. She was loving and often combined luck with hard work. One time, she played the slots with $5 and left with almost $40,000. She used that money to open a heating and cooling company with her ex-husband before he lapsed back into drug use and bad behavior — another character or potential plot point that is abandoned early.

Given her family's history, I found myself more curious about Crystal. We know that she begged Belinda to get clean, but did she personally have any problems with the law? Was she the lone "straight citizen" in her family? To be clear, I'm not looking for a "But she was no angel," twist. However, knowing how she lived and, eventually, came to thrive would have presented a more nuanced picture of who Crystal was and what her death meant to the community around her.

"Why Did You Kill Me?" attempts to address several larger themes with varying levels of success. One thread that isn't fully explored is how social media has changed the way crime and criminal investigations are carried out. Everyone can become an online sleuth and even lose themselves, like Belinda did, to obsessively trawling webpages for more information about a real-world crime (for a more comprehensive look into this phenomenon, add Netflix's "Don't F**k with Cats" to your queue).

"Why Did You Kill Me?" also grapples with the similarities between the Lane-Theobald family and the families of the young men in 5150. Crystal's brother, Nick, found himself drawn to a gang while coping with Belinda's addiction. The documentary is missing some context — what about Riverside has these young men turning to criminality? Is it a lack of opportunities? Poverty? Cyclical addiction? Failed anti-crime policies and the demonization of immigrant populations?

But the documentary is truly at its strongest as we watch Belinda's shifting understanding of justice and revenge. In the beginning of the investigation, she maintains that the two are synonymous and begins taunting 5150's rival gangs on MySpace in order to try to spark a war between them that would result in someone — anyone — getting killed as a kind of atonement for Crystal's death. In the decade that follows, she becomes less certain that she'll find closure that way and grapples with what justice really means.

While occasionally bumpy, it's worth watching "Why Did You Kill Me?" for these deeply human moments alone.

"Why Did You Kill Me?" is now streaming on Netflix.