Artichokes 101: How to pick, clean and prepare this amazing spring produce

With their spiky leaves, artichokes can be a little intimidating — but here's how to get over your fear 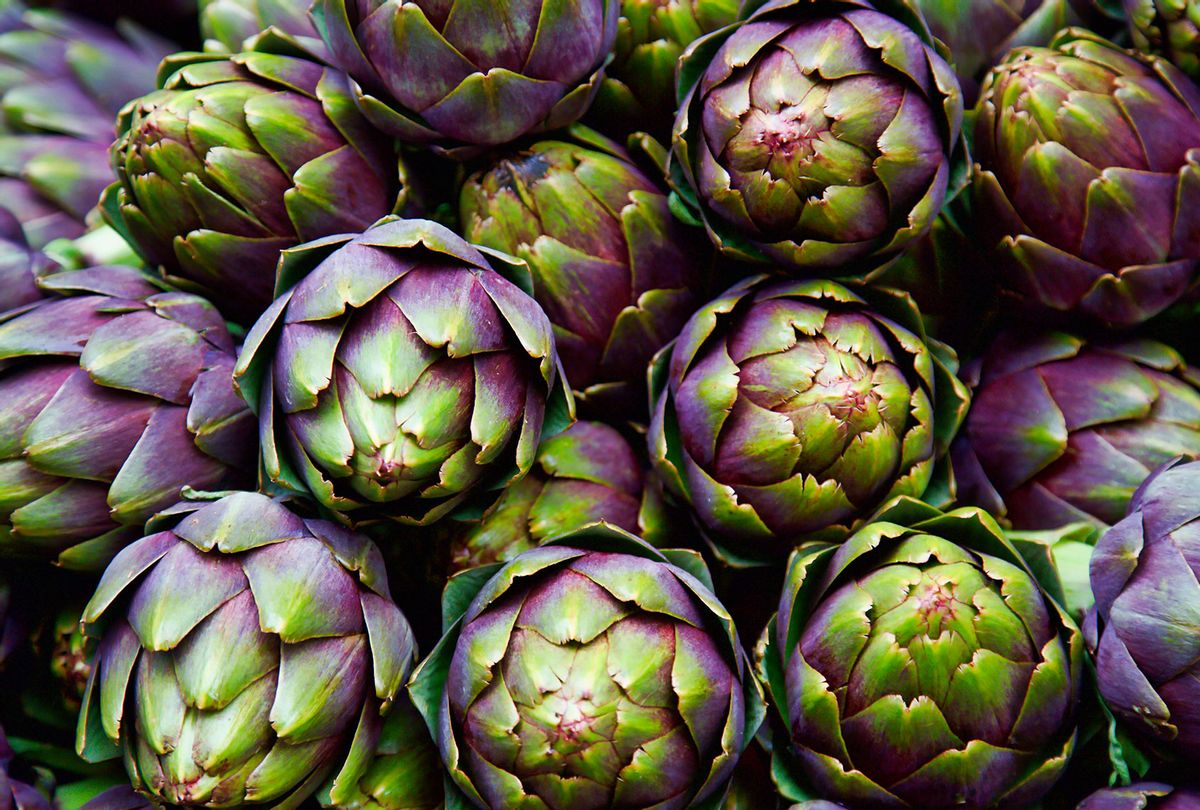 If you've never cooked a fresh artichoke, they can be intimidating. They're a little prickly, with a woody stem and a bitter exterior layer. But once you learn to prepare them properly, you end up with tender leaves and the heart, which both have almost the flavor of fresh, slightly grassy butter.

While they're in season — March through May is prime time for artichokes — Celine Beitchman, the Institute of Culinary Education's director of nutrition, recommends home cooks incorporate them into their dishes.

Here's everything you need to know about purchasing the freshest artichokes at the supermarket, cutting off all the inedible bits, preventing oxidation and pairing them with other bright spring flavors.

What types of artichokes are there?

When we're looking at supermarket artichokes, they're generally going to fall into two basic categories, Beitchman says. There are the globe artichokes — sometimes called a French artichoke — which are typically about the size of a softball and a vibrant green color. Then there are baby artichokes, which, when fully matured, are only typically about 2- or 3-inches long.

If you're serving roasted or stuffed artichoke as a first course, plan for one globe artichoke per person, she says. If you plan to serve baby artichokes as an appetizer or hors d'oeuvre, bump up that number to three to four per person.

How do I pick the freshest artichokes at the grocery store?

The biggest indicator of freshness is that the artichoke will feel "heavy in the hand" when you pick it up off of the produce shelf.

"If it's not heavy in the hand, if it's very light, it's likely lost a lot of its moisture and some of its water-soluble nutrients, as well as some of its body and flavor," Beitchman says.

Examine the shape of the artichoke, as well. The leaves should be tightly hugging toward the center of the vegetable. Put another way: It should not look like a blooming flower or succulent.

"If the leaves are opening up from the center, that's a sign that it's likely been sitting out for too long or is older or experienced temperature changes," she says. "I would say that's the same whether it's a globe artichoke or those little baby artichokes."

How do you clean the artichoke?

Run the artichokes under cold water, and lightly brush the exterior of the vegetable with a vegetable brush.

How do you prepare an artichoke for cooking?

There are parts of the artichoke that aren't super pleasant to eat, including the stem, the hard outer leaves and the choke itself — a fibrous and stringy white and purple area in the middle of the artichoke located above the heart. Much of preparing an artichoke for cooking is centered around removing these bits.

"The stem is pretty woodsy, so you're always going to lop that off," Beitchman says. "And then we will use our hands or a paring knife  — or any small-size knife — to peel away maybe first or two outer layers of leaves. They're going to be the hardest, almost like a hard peel."

After that, cut off the top inch or so of the artichoke. This will remove any lingering, pointy ends and give you an opening to remove the choke. Using a melon baller or spoon, remove all of the fuzzy filaments surrounding the choke. If you don't want to keep the artichoke whole, you can also simply cut it in half and remove the choke that way.

How do I prevent the artichoke from browning?

"We have to talk about oxidation," Beitchman says. "The second you open an artichoke, whether it's trimming the bottom or plucking off an outer leaf, the air is going to start browning and actually turning the artichoke black. That 'blackening' will not wash away during cooking, so it's not going to dissolve."

According to Beitchman, the oxidation doesn't affect flavor, but we eat with our eyes, and the discoloration is not very appealing. However, something you can do to prevent — or at least slow — the browning is brush the artichoke with lemon water as you make new cuts. It's an extra step, but it's worth it for the aesthetics.

Can I eat it raw?

Beitchman would not recommend eating artichokes raw. "I think it would taste very bitter to people," she says. "It would just taste unripe and astringent. There are flavor compounds that open up as part of the cooking process with heat and time."

What flavors pair well with artichokes?

Speaking of flavor, Beitchman says the sweet butteriness and grassiness of artichokes pairs really well with basic vinaigrette. "One great treatment for artichokes is steaming them and dipping the leaves into a Dijon mustard vinaigrette," she says. "It's really classic and simple."

She continues, "Tarragon is kind of a natural pairing for artichokes, so dipping them in a little melted butter with tarragon is also a really nice pairing."

It's also a good side for seafood, incorporated into simple pastas, and there's also the ultimate classic — spinach and artichoke dip, which Martha Stewart recently reimagined as a healthy one-pot weeknight meal.