In the film, a Syrian musician joins a house full of asylum seekers in Scotland, and all they can do is wait ... 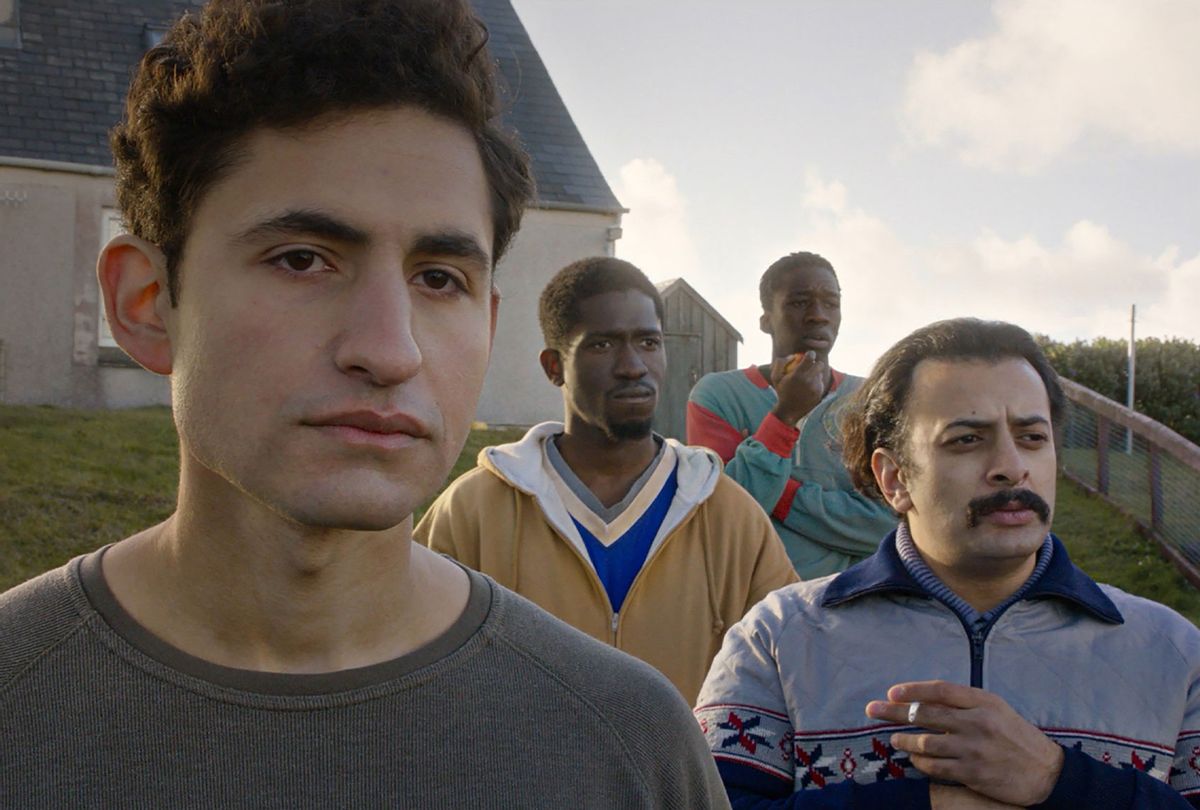 There are moments of deadpan comedy and whimsy woven throughout writer/director Ben Sharrock's outstanding drama, "Limbo," but mostly this story about refugees on a fictional Scottish island is heartbreaking.

The film slowly reveals itself as it depicts a handful of asylum seekers caught in between their past — and the unstable homelands they fled — and an uncertain future. The main protagonist is Omar (Amir El-Masry), a Syrian musician who cannot work while he is seeking asylum. He uses the sole pay phone to call his parents who are eking out life in Istanbul; they are worried about Omar as well as his brother, Nabil (Kais Nashif), who has remained in Syria to fight.

Omar carries his oud with him everywhere. It is symbolic, not only of his grandfather, his homeland/heritage, and his career, but it is his baggage — an albatross — and a signifier of what he cannot leave behind. His hand is in a cast as the film opens, and there are concerns expressed that the instrument does not sound like it used to (a reference that things will never be the same as they were), and that he may not remember how to play.

Omar lives with three other men in a shabby house that is mostly empty — as if no one wants to put down roots for fear of staying. Farhad (Vikash Bhai), is Afghani, and has been waiting 32 months for a decision on his case. He sports a mustache like his hero, Freddie Mercury, and one day brings home a chicken he stole and names it Freddie 2. The other two refugees are Abedi (Kwabena Ansah), a Ghanaian, and Wasef (Ola Orebiyi) a Nigerian. However, most people believe they are brothers. Abedi has a fantastic speech about this.

The men don't do much. They attend awkward classes on cultural awareness led by Helga (Sidse Babett Knudsen of "Borgen") and Boris (Kenneth Collard). They talk about their dreams — Wasef hopes to play football for Chelsea — and they wonder if they have deliberately been housed in the middle of nowhere to "break us." As one refugee observes, they are single men, who are low priority, and past their "sell by" dates. They spend time watching "Friends," which prompts a heated discussion between Abedi and Wasef about "taking a break" and "breaking up." The show's canned laughter provides an eerie soundtrack.

The world outside of the house is equally drab. "Limbo" shows a world that is vast and empty, gray-skied, and windy. Sharrock makes viewers feel the chill. He is masterful with his minimalist compositions. When the men wait for news of their status, or Omar lies on the floor of his room, or sits outside with Farhad, the despair is palpable. Omar's trip to the supermarket is especially depressing. Hoping to pick up some sumac to make a dish that reminds him of home, he finds the only condiments are ketchup, mustard, and soy sauce. His interaction with the shopkeeper is both comic and awkward as they discuss xenophobia. (An early scene has a bunch of local youths asking Omar if he is a terrorist, among other racist stereotypes).

Sharrock maintains an offbeat, low-key tone through most of the film, but that is precisely when "Limbo" sneaks up on viewers. A scene where Omar is asked to help find some escaped animals is surreal at first, but it quickly turns serious when he makes an unpleasant discovery. And his mood is so soured by what he finds that it is powerful when he refuses help from a kind local man.

Suddenly, Omar starts articulating his concerns about his uncertain situation, asking questions of Farhad, but also himself: Who were you before all this? Would you go back [home] if you could? And, should I have stayed? Sharrock provides such insight into his characters through their interactions — he is also aided by sly, expressive performances from Amir El-Masry and Vikash Bhai — that viewers know the answers. When Farhad responds to him it is gut-wrenching.

This exchange is intense, and it leads to several moving scenes, one involving Omar's call home to his mother, and the other a conversation he has with his brother Nabil. Both of these chats reveal Omar's fears and get at the real emotions behind his character's experiences. Sharrock and El-Masry make these cumulative moments so incredibly moving that viewers may be wiping away tears.

And this may be the real magic of "Limbo." Sharrock approaches the refugee situation in a way that humanizes these characters who are in constant agony waiting for someone to make a determination about their lives. Omar is joyless, practically sleepwalking through life in an environment that is dismal and dreary. When Boris tells the refugees, "If you're lucky to still be here in the winter you can see the aurora borealis," it is indicative of the film's cockeyed sentiment. No refugee is lucky to be stuck in this indeterminate state, but if one is so trapped, it is best to find the beauty.

"Limbo" is a poignant, affecting film about being caught in-between, and trying to make the best of it.