Whataboutism, the last refuge for Republicans, is on the rise

Unable to defend their own views, conservatives are turning to "whataboutism" to deflect criticism 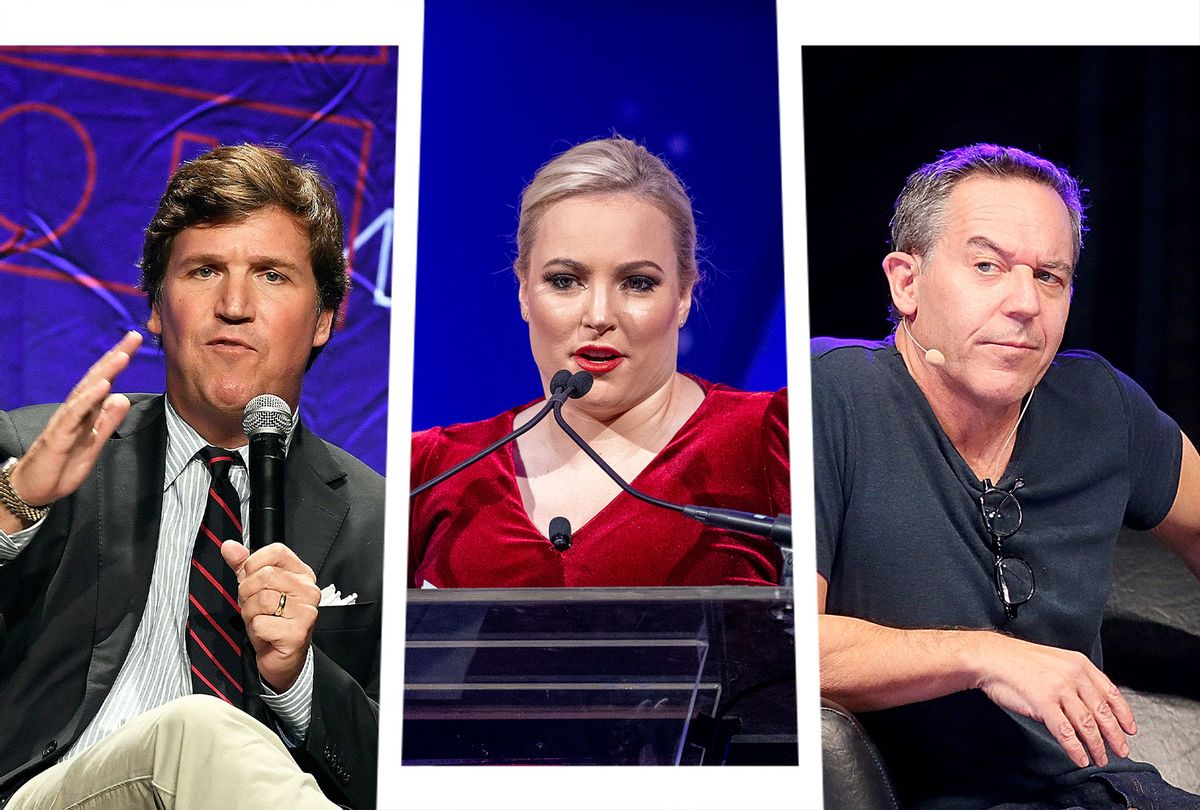 Over a year ago, and in violation of my own good advice, I got caught up in a Facebook argument with a Republican relative about Donald Trump. I don't remember what the topic was, and it hardly matters now, since the past four years was just a constant churn of Trump doing terrible stuff and his defensive voters constantly grasping for dumb excuses for why the terrible stuff wasn't actually all that terrible. What I do remember, however, is that, at one point, I linked the Washington Post's daily counter of Trump false statements — he was up to over a dozen a day by then — and demanded an explanation of why she would support such a liar. (I am not proud of myself, as noted.) She retorted with something along the lines of, "Oh, like Elizabeth Warren has never told a lie!"

Now, Sen. Elizabeth Warren, D-Mass., is an honest politician and well-rated by PolitiFact. But all politicians have succumbed to the urge to massage the truth a time or two, and certainly I couldn't prove on the spot that Warren had a spotless record. But what was really preposterous was my relative's underlying assumption: if Warren had ever fudged the truth, then all criticism of Trump was rendered null and void.

It's this tendency to compare two unequal things that provided Trump and his supporters a blank check to have no standards at all, because, after all, the other side was hardly perfect. It's Whataboutism, the common term for a version of the tu quoque fallacy. RationalWiki explains that whataboutism is "a diversionary tactic to shift the focus off of an issue and avoid having to directly address it" by "twisting criticism back onto the critic and in doing so revealing the original critic's hypocrisy."

As my interchange with my relative shows, in conservative hands, whataboutism often results in a comparison of egregious sins of the right to slight or even imaginary ones on the left. The purpose isn't even really to establish hypocrisy, since it's usually comparing apples to oranges. The purpose is pure deflection. It doesn't even have to make sense.

Sarah Longwell, a Republican political strategist who now publishes the never-Trump website The Bulwark, has been doing a series of focus groups on Republican voters. She spoke with Peter Wehner of The Atlantic, and flagged this increasing conservative addiction to whataboutism.

If compelling evidence is presented to MAGA supporters that what they're being told by Greene or others is a lie, they don't engage directly with the evidence. According to Longwell, "They say, 'What about Ilhan Omar?' They say, 'What about [Alexandria Ocasio-Cortez]?'" As Longwell puts it, "They've got these things down, which is 'Whatever you just showed me about Marjorie Taylor Greene is irrelevant because Ilhan Omar, because AOC, and I know lots about that, and I can tell you all about it.'" Some focus-group participants report that they like how Greene "speaks her mind."

As with my relative's false Warren vs. Trump gambit, a notable factor here is how the whataboutism is comparing apples to oranges.

Rep. Ilhan Omar, D-Minn., and Rep. Alexandria Ocasio-Cortez, D-N.Y., are nothing like Rep. Marjorie Taylor-Greene, R-Ga. They aren't conspiracy theorists, racists, or trolls who stop congressional business for no good reason. This isn't just a logical fallacy, but it's a half-baked one that falls apart under even the slightest scrutiny. But the point of it isn't to make sense, but to fill the discourse with noise, so that they don't have to answer for — or even think about — the deep immorality of supporting Taylor Greene.

Once you are tuned into it, the reliance on whataboutism by conservatives — especially right-wing pundits — is evident everywhere. Just this week, I collected a number of examples.

On Fox News, Juan Williams called out the network for spreading false stories about President Joe Biden rationing beef and Vice President Kamala Harris "pushing" her book on migrant children. Co-host Greg Gutfeld immediately retorted by whining, "Well I guess they learned from the best," and referencing the Steele dossier. Of course, these aren't equivalent.  Christopher Steele's dossier was never presented by the media as anything but what it was, which is a series of allegations that ranged in their level of adequate sourcing. The beef ration and Harris book stories, however, were pure misinformation.

On "The View", Meghan McCain pulled a similar trick when trying to defend Fox News for spreading fake stories, trying to change the subject to "liberal media which runs all of media, all of tech, all of entertainment, all of music, all of politics, all three branches of government." Not only was her claim a lie, but it was also nonsensical. Why should liberals having power in the media justify conservatives spreading obvious disinformation?

Or check out this story from The Daily Beast, where reporters Asawin Suebsaeng and Adam Rawnsley detailed how "the former president and his Republican allies are coalescing around a new argument to fend off allegations that Trump incited the bloody Jan. 6 riot: Maxine Waters did it, too."

Rep. Maxine Waters, D-Calif., told Minnesota protesters to get "confrontational," but in a context that clearly indicated a desire for said confrontation to stay peaceful. The result was that the people she was speaking to stayed peaceful, as the vast majority of Black Lives Matter protesters have done for the past year now. Trump, however, spent months riling his followers up, gave a speech saying, "You'll never take back our country with weakness. You have to show strength," and then sent them to the Capitol. And we know they got the message because of what they did when they got there.

Thursday night, Tucker Carlson of Fox News was so aggrieved at Biden for denouncing this insurrection, that Carlson leaned hard into the most non sequitur version of whataboutism.

"Really? The worst attack on our democracy in 160 years? How about the Immigration Act of 1965?" Carlson complained.

White nationalists hate the 1965 bill because it basically banned racial discrimination in immigration. Even by Carlson's low standards of what constitutes logic, arguing that being anti-racist is less democratic than trying to overthrow a free and fair election is a joke.

Perhaps the most dangerous way that the right-wing addiction to whataboutism manifests is in the way it's employed after every story about cops killing Black people in incidents that should not have been deadly. Inevitably, right-wing media will settle on pointing the finger at the victim for being "no angel." Apologists for Derek Chauvin in the murder of George Floyd loved to harp on how Floyd had drugs in his system at the time.

This argument, of course, makes no sense.

The right not to be killed by police should not depend on a person having a spotless history. The percentage of Americans who can honestly say they've never broken a law or done a bad thing lingers around zero. Being imperfect shouldn't be a blank check for cops to kill you. But whataboutism, of course, always embeds this double standard: People outside of the right-wing tribe are expected to be perfect, and if they are not, it's blanket permission for people inside the right-wing tribe to do whatever they want, no matter how terrible.

The reason that whataboutism is increasingly popular on the right is obvious: They know they can't defend either their behavior or their ideas, so they are laser-focused on deflection.

Whataboutism is crude and relies on false equivalences or outright lies. Still, it often works, either by tricking liberals into changing the subject or by giving conservatives a thing they can say, no matter how nonsensical, that staves off the demons of self-interrogation. As with other shady rhetoric the right is using to avoid talking about real issues, we can expect to see more of this, as they get more desperate in the face of their own failures.