Faith of a mustard seed: My almost spiritual journey towards making the perfect homemade mustard

Some food tasks have undeniably spiritual qualities. For me, it's the frustrating process of making mustard 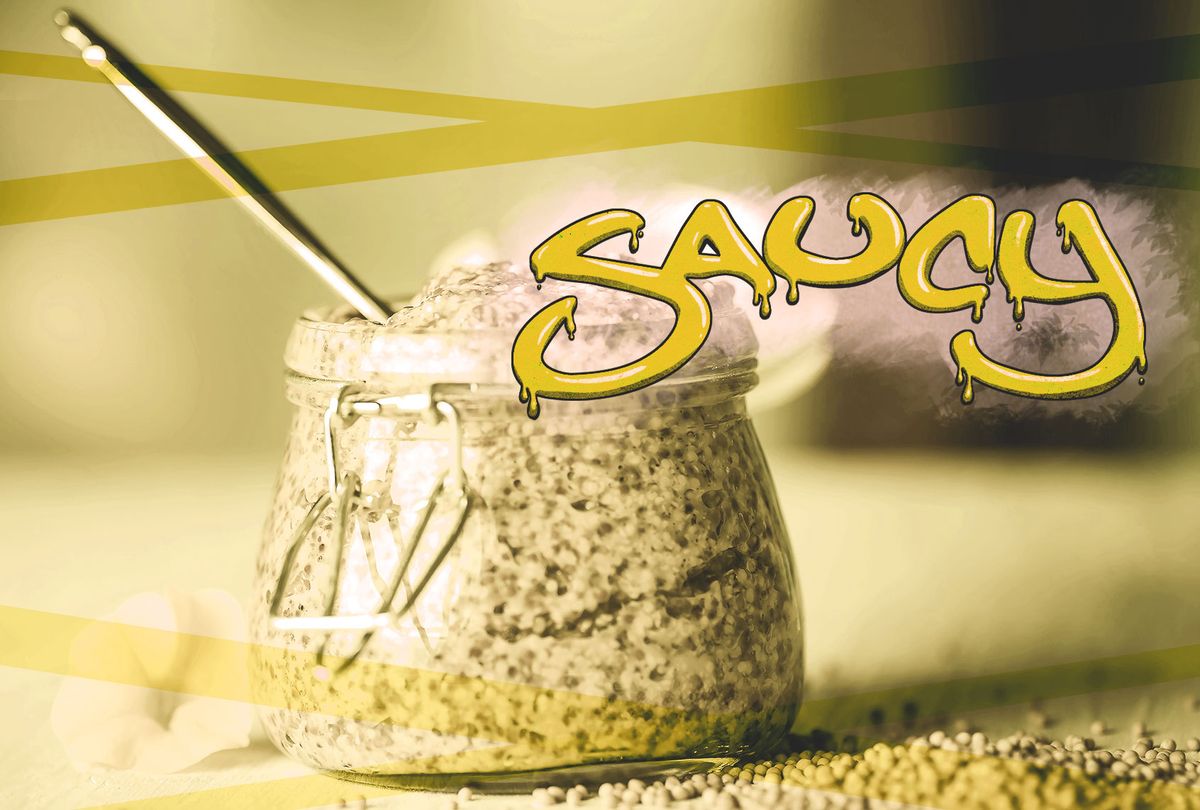 In 14th century France, Pope John XXII created a new, official Vatican position: grand moutardier du pape, the official mustard-maker for then pope. It was a decision guided by both the pope's personal passion for the condiment and nepotism, as the position was immediately filled by his nephew.

Not much is known about the unnamed nephew. A number of sources describe him as idle and wayward — though some of the more critical accounts claim that he was a perpetual do-nothing — and seemed to insinuate that the position he was given was nothing more than an especially frivolous display of papal power.

However, I guess I prefer to think that there was some greater sacred design, even if unintentional, behind the placement. Some food tasks have undeniably spiritual qualities. For instance, my late grandmother likened snapping the ends off green beans to praying the rosary; she'd sit with a basket and a bowl and silently mouth prayers while her fingers nimbly flew over the fresh beans.

I'm convinced that the transformation that takes place while making spaghetti carbonara — the way that, with just a little heat and motion, raw egg yolks and pasta water become a velvety, gold sauce — is something between alchemy and a miracle akin to transubstantiation. And to many, a well-made roux is close enough to godliness that you can buy a "perfect roux" prayer candle.

For me, making mustard became one of those spiritual tasks.

I didn't use to be a person who made homemade mustard. I mean, it's one of those condiments that honestly seems like it just emerges on supermarket shelves and hot dog stands, fully-packaged in twee little jars and yellow squirt bottles.

There wasn't a precipitating event that led me down the road of making mustard; I'm not an actress in some knock-off Nancy Meyers movie in which I turned to craft condiments to spice up my life after the dissolution of a lukewarm marriage. It was more like I wandered into a Cincinnati spice shop, saw some mustard seeds and thought, "Huh, why not?"

Fast-forward to the completion of my first batch — a stingingly potent grainy mustard in which I somehow accidentally doubled the amount of vinegar — and the question was replaced with, "Why?"

It was the same question that I got from friends when I informed them that I was going through a mustard phase — and that I wasn't very good at it at all. No one asks why when you inform them that you've taken up baking cookies or that you're trying to braid a more beautiful challah, even if they'll never be as good as what your local baker puts out every morning. Instead, there's a certain recognition that there's something inherently beneficial or therapeutic about the process itself. Stress baking is a thing for a reason, after all.

"Just buy it at the store," one friend helpfully texted me when I informed her of another subpar batch (not enough brown mustard seeds for bite). "There are so many perfect varieties already on the shelves."

I didn't know how to tell her that at a certain point, I'd stopped striving for store-bought, mass-produced perfection. I just wanted my hands to be able to create an end product that matched what I envisioned in my head: slightly vinegary, with a hefty dose of spice and a touch of sweetness.

"This American Life" host Ira Glass has this quote that gets thrown around a bunch in writing and audio circles.

"All of us who do creative work, we get into it because we have good taste," he said. "But there is this gap. For the first couple years you make stuff, it's just not that good. It's trying to be good, it has potential, but it's not. But your taste, the thing that got you into the game, is still killer. And your taste is why your work disappoints you."

Replace "creative work" with "mustard," and that's the world I was living in for eight months. Any cookbook or website I consulted indicated that making mustard at home was so immediately satisfying that I'd never go back to store-bought. But weekend after weekend, I'd haul out all my ingredients — I now had multiple types of mustard seeds, a few different vinegars, salt, sugars and honeys —and start logging different combinations.

In retrospect, that time spent plugging away at something at which I wasn't naturally talented was really important, because I'd basically grown up in the kitchen and most dishes seemed to come easy after a certain point.

While perhaps not as tidy a spiritual metaphor as, say, praying the rosary while snapping green beans, patience is one of the Fruits of the Spirit (the one with which, it should be noted, I've historically most struggled). As trite as it sounds, learning to make mustard challenged me to not abandon something when it wasn't immediately coming together.

And while I wouldn't necessarily describe myself as wayward like Pope John XXII's nephew, once I finally compiled a mustard recipe that was, admittedly, very good — incredibly grainy, with a touch of honey and flakes of sea salt — it really did feel like I'd finally been blessed for my efforts.

2. Take your vinegar and mustard seeds mixture, measure out 1/2 cup and reserve.

3. Using a small food processor or an immersion blender, pulse the remaining vinegar and mustard seed mixture, honey and salt until thickened and coarsely ground.

4. Stir in the reserved vinegar and mustard seed mixture. Portion the mustard into the half-pint jars. Cover, and let them stand at room temperature for 1 to 2 days. The longer the mustard rests, the spicier it gets. If needed, add more sea salt and honey for flavor.

5. Once the desired spiciness has been reached, refrigerate and serve. The mustard can be refrigerated for up to 6 months.