Made with extra-sharp white cheddar and crumbled bacon, this dish highlights garlic-y ramps 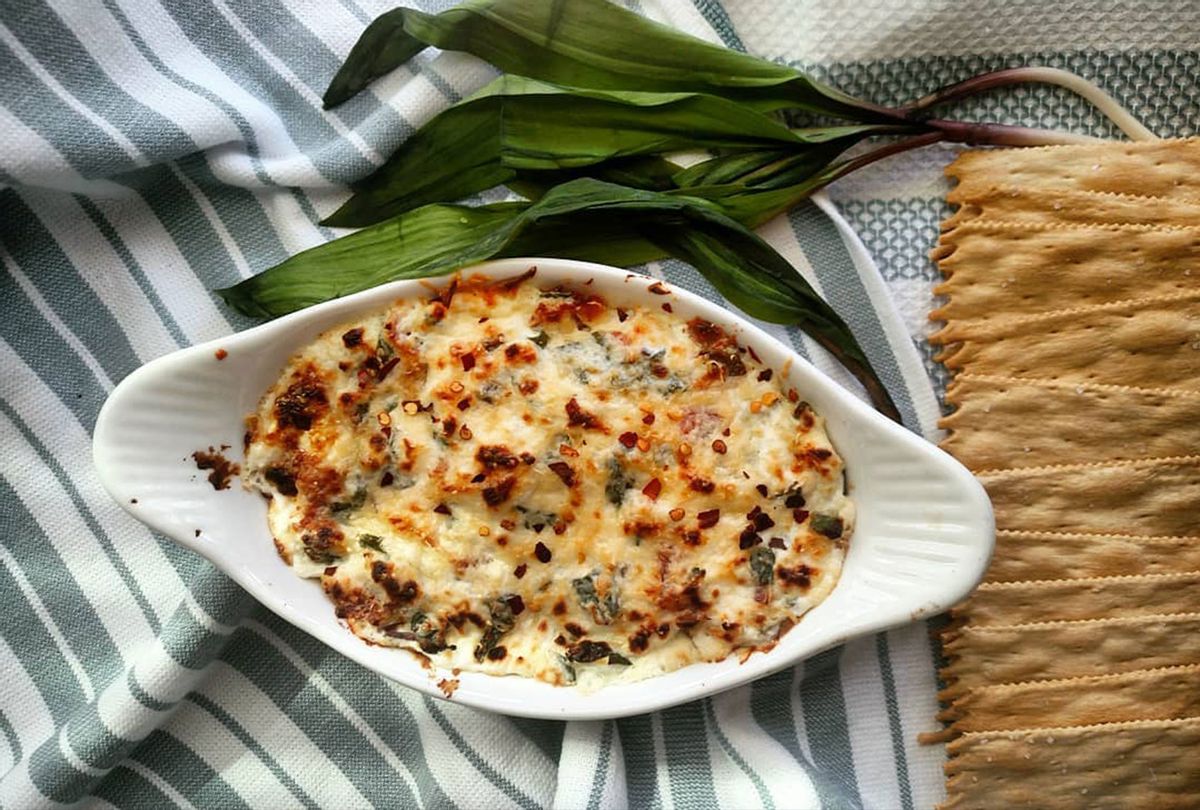 Living in Kentucky, mid-April means two things: the beginning of the Derby season and, likely more excitingly for food lovers, the start of ramp season. Ramps are wild leeks that can be foraged from damp woodlands. They have a garlicky, onion flavor and enjoy something of a cult following.

My local farmer's market has a "ramp man" whose stall always causes a line around the block. Potential foraging locations are shared in whispers and secret group chats. (I bought mine for the season from a small farm on Etsy, which is a good move if you're coming up short at the market.) If you happen to luck into ramps this season, you can do so much with them, from making pickles to pesto.

However, my favorite use was actually born out of an attempt to amp up spinach and artichoke dip with ramps last season. It wasn't . . . a success. There was almost too much competing green stuff in a small kitchen ramekin. But it provided a good starting point for figuring out what flavors pair well with the pungency of ramps.

Cream cheese is, unsurprisingly, a good choice — especially when balanced with extra-sharp white cheddar and a dollop of Greek yogurt or sour cream. Bacon doesn't hurt, but feel free to leave it out or substitute it with crumbled hot Italian sausage.

2. In a large bowl, combine the ramps, cream cheese, and Greek yogurt, plus 2 ounces of the grated white cheddar. Stir until completely combined. Season with salt and red pepper flakes to taste.

3. Spread the dip into an oven-safe pan or a ramekin. Sprinkle the remaining 2 ounces of white cheddar over the dip.

4. Bake for 15 minutes, then place the dip under the broiler until the cheese has browned — about an additional 5 minutes.

5. Remove the dip from the oven, and allow it to cool slightly. Serve with crackers, toasted sourdough bread, warmed pita or tortilla chips.

If you're looking for other delicious dip recipes, check out these ones from Salon Food: