Imperfect conception: From "Friends" to "Trying," what TV gets right (and wrong) about infertility

As more shows deal with the fraught subject of "we can't have a baby," there are some myths that need busting 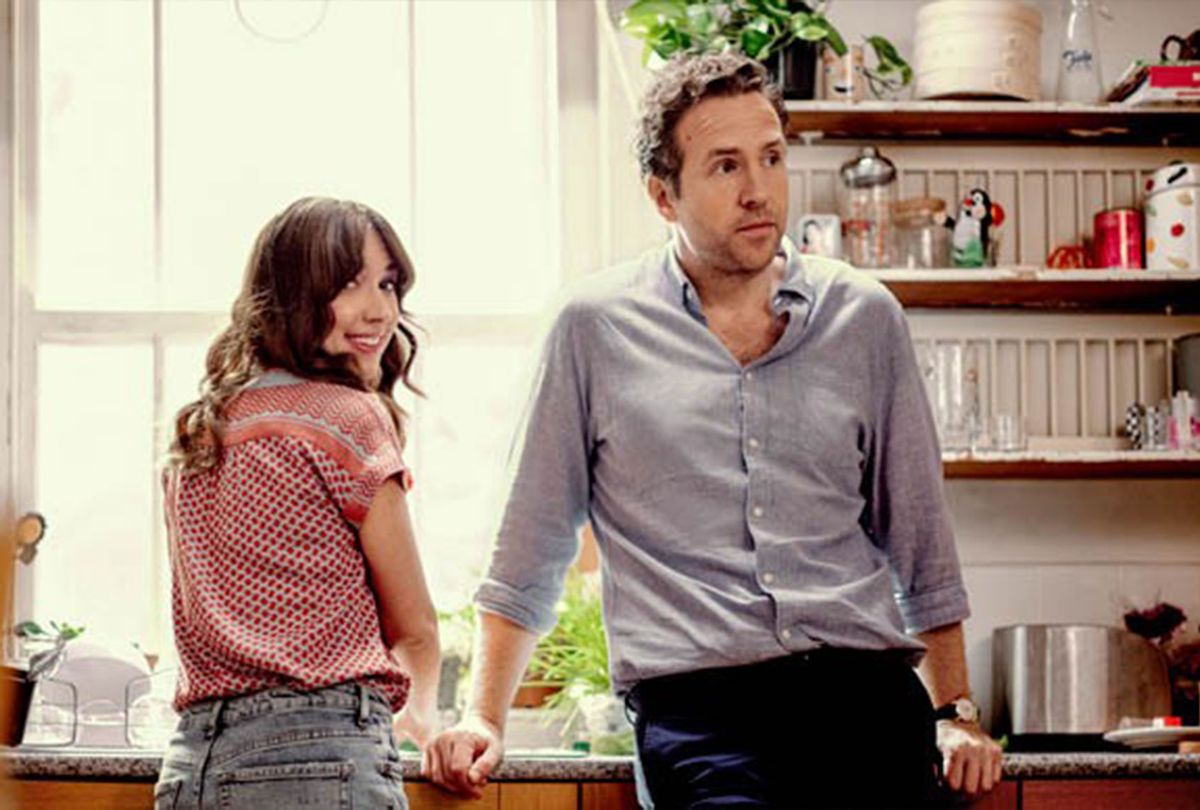 The very first episode of the AppleTV+ series "Trying" makes it immediately apparent that Nikki (Esther Smith) and Jason (Rafe Spall) really want a baby. Enough so that when Nikki realizes her ovulation window is closing while they're riding an almost empty late-night bus through London, she unzips her partner's pants and straddles his lap with about as much sensuality as this "SNL" sketch in which Cecily Strong attempted to conceive with her scooter-riding nonagenarian husband (Bill Hader).

It's a moment that's meant to be funny, but more than anything it underscores the couple's desperation to get pregnant — buoyed by the hope that surely will be the time that gets it done.

Quick-cut to the interior of a medical examination room, where the doctor has delivered devastating news: Nikki and Jason have already exhausted their National Health Service-sponsored IVF rounds and, because of complications, it's unlikely they'll ever be able to conceive, no matter how much they keep trying.

"Let me get you another leaflet," the doctor says, matter-of-factly waving them to the door.

Infertility is staggeringly common — according to the National Institute of Health, on this side of the Atlantic about 9% of men and 11% of women of reproductive age in the United States have experienced fertility problems — but Nikki and Jason feel completely alone, especially as they move on into navigating the notoriously unwieldy adoption process. As the second season, which premiered Thursday, opens, they've just been approved to start on the long road toward matching with a child.

"Trying" isn't always a hit. Some of the humor falls a little flat and the ways Nikki and Jason's respective neuroses play out in their relationship — she's paranoid about superficial aesthetics, while he has a dubious habit of flirting behind her back — occasionally makes it tough to root for them with a full heart.

But this is still one of the more emotionally honest series when it comes to the trials and tribulations associated with desperately wanting to start a family when, for whatever reason, life and biology won't cooperate. It's not a one-episode arc: there's enough material there for multiple seasons (and in fact "Trying" was just approved for a third season).

It's also a very clear example of how far pop culture has come in its depictions of infertility — although there's still work to be done.

The first infertility plot points most viewers of mainstream American TV encountered came at the hands of "Friends," beginning in the 2003 episode aptly titled "The One With the Fertility Test."

As the story goes, Monica (Courteney Cox) and Chandler (Matthew Perry) have been trying to have a baby for a year with no success. They go to a fertility clinic and are informed that due to the "low motility" of Chandler's sperm and Monica's "inhospitable environment," they are unlikely to ever conceive. Or, as Chandler jokingly explains it, his guys won't get off the Barcalounger, and if they do, Monica's uterus wants to kill them.

In the next episode, "The One With the Donor," they quickly decide, without any tears or expression of their fears, that they'll simply adopt a child instead. "Friends" writers treated Monica and Chandler's struggles with infertility as a plot point to resolve — pairing it with Phoebe (Lisa Kudrow) becoming a surrogate mom for her brother and his wife — an approach criticized by Suzy Evans in a 2003 piece for the Los Angeles Times.

"Despite the high laugh potential, writers of the series would do well to remember that infertility is not simply a temporary inconvenience," Evans wrote. "It is a serious, and sometimes permanent, disease of the reproductive system that impairs the body's ability to perform the basic function of reproduction. And it is no doubt a source of great sadness and despair for many 'Friends' viewers."

Evans wrote that she had personally experienced infertility, eventually going on to conceive her daughter through artificial intrauterine insemination, and said the handling of it in "Friends" felt more like a punch than a punchline.

Four years later, in the latter half of the "Sex and the City" movie, Charlotte (Kristin Davis) finally becomes pregnant. Longtime viewers of the HBO series, which originally premiered in 1998, knew Charlotte had struggled with fertility.

Here was the character who had her perfect life planned out, to the point of having names picked out for her future children (including the name Shayla, which a bizarre ex-friend "stole" in the first season). As we might expect, her plans are derailed by reality. Instead of becoming a WASPy SAHM, Charlotte ends up converting to Judaism in order to marry her divorce attorney, Harry Goldenblatt. She hadn't been able to conceive with her first husband, Trey, whose impotence was played for laughs, and faces similar struggles with Harry.

She tries everything, from different positions in bed to different doctors. Along the way, Charlotte also has to face the people in her life who've already gotten pregnant, including Miranda (Cynthia Nixon), whose pregnancy was the unplanned result of a one-night stand with her eventual husband, Steve (David Eigenberg). It's heartbreaking for Charlotte to see Miranda seemingly luck into what seems out of reach for her, and the friends eventually have to confront that pain, as well as Miranda's anxieties about being pregnant, together.

Charlotte's infertility storyline isn't perfectly handled, by any means: The first "Sex and the City" movie shows her getting pregnant after adopting her daughter, Lily. The apparent implication is that she was able to do that because she had become more relaxed, a damaging platitude often leveled at women who struggle to conceive. But it's infinitely more thorough and nuanced than what "Friends" was able to do in a couple of largely pat half-hour sitcom episodes.

Since then, numerous series have tackled the topic of infertility with varying levels of success. Perennial tearjerker "This Is Us" showed Kate (Chrissy Metz) navigating a trio of health factors — obesity, polycystic ovarian syndrome and a higher maternal age — that impacted her chances of conceiving (though she did get pregnant after a single round of IVF). "Parenthood" showed the difficulties of secondary infertility, while "The Mindy Project" took a dive into the process of egg-freezing.

Even the adult animated series "BoJack Horseman" had a surprisingly tender storyline about Princess' pregnancy loss.

What television is missing so far, however, are more diverse stories about infertility and pregnancy loss. Most of the characters who have been centered in these TV narratives are white and middle to upper-middle class. In fact, recent studies suggest that Black women may be twice as likely as white women to have fertility problems, but are far less likely to seek or receive assistance.

While "Trying" attempts to grapple with issues of class — Nikki, in particular, feels inferior to other parents going through the adoption process who are college-educated and don't work in service jobs — at the end of the day, Nikki and Jason are able to afford to rent a multi-bedroom flat in the heart of London.

That said, infertility is an isolating experience that for too long was only spoken about in hushed tones, if at all. The conversation made its way into pop culture almost 30 years ago, and it's improved significantly since then in terms of scope and nuance. Let's keep it going.