The compassionate "Holler" encapsulates the desperation of everyday American poverty 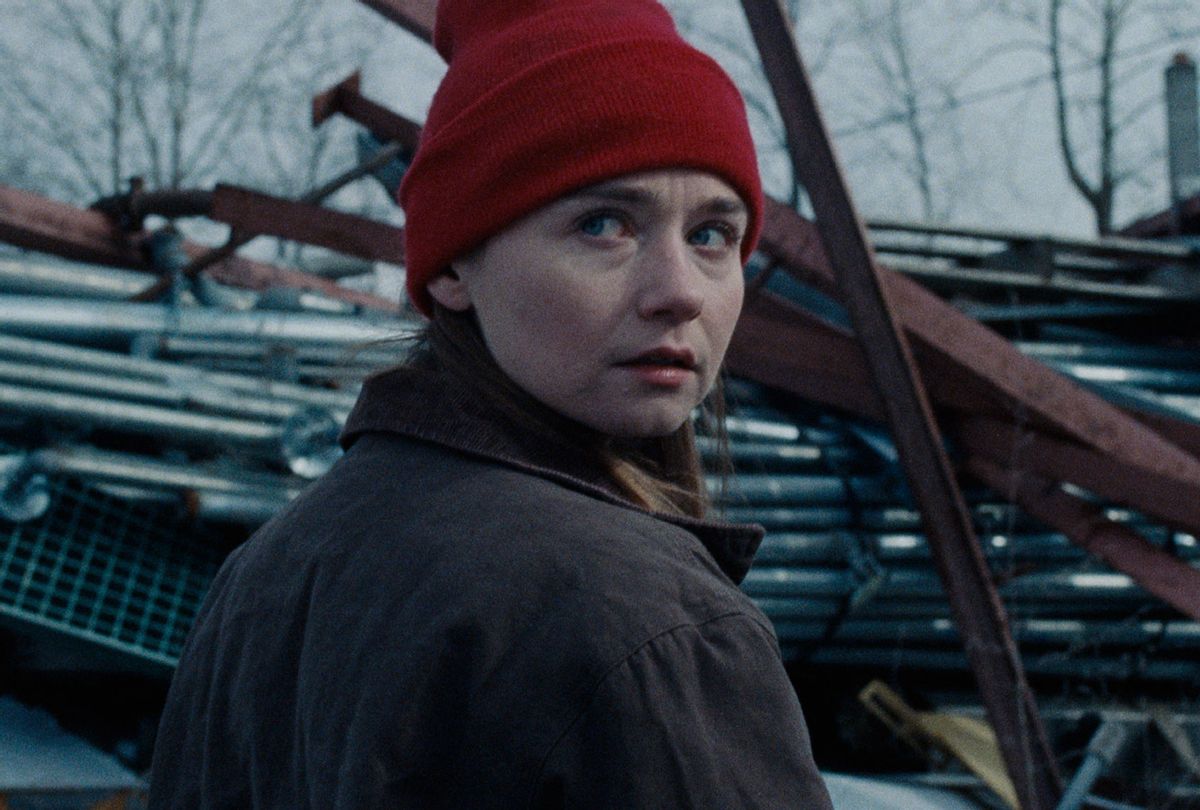 "Holler" is writer/director Nicole Riegel's valiant feature debut about a family living below the poverty line. Expanded from her short of the same name, this drama centers on Ruth (Jessica Barden of "Penny Dreadful"), a high school senior who scraps metal with her brother Blaze (Gus Halper) for money to live. However, they cannot earn enough to keep the water on, and final notices are being posted on their front door. Their mother, Rhonda (Pamela Adlon) is of no help; she is in the county jail because she refuses to go to rehab.

Riegel makes the siblings' fear and desperation palpable, shooting much of the film in an icy cold, bluish gray light that reflects their emotions and magnifies their chilly situation. This film is hardscrabble miserablism, but Ruth is feisty and stubborn, and Barden makes her so damn likable that viewers will root for her from the get-go. It is also easy to root for the film, which is good enough, but some folks might wish it were better.

Riegel touches on some topical issues in "Holler." The local factory, where family friend Linda (Becky Ann Baker) works, is rumored to be laying off employees or possibly closing. (Trump is portentously, ironically, heard promoting "Jobs, Jobs, Jobs," on a car radio). Likewise, Hark (Austin Amelio), the sleazy dealer Ruth and Blaze work for, has Asians buying his scrap metal (a sign of globalization). He also talks about jobs moving to Mexico, where he once found work. Meanwhile, Rhonda is in county because of an incident stemming from her addiction to pain pills that she was prescribed after she was injured at her factory job. And Ruth, who would like to go to college, is warned against racking up huge student debt by a well-meaning teacher. (She also seems interested in becoming an engineer, which allows the film to mention the lack of women in STEM).

These topics give the characters a bit of shading, which is admirable, but Riegel does not pursue these themes any deeper. It is a drawback that most of the film is so conventional. "Holler" nobly depicts a world not often seen of screen, (the excellent 2013 film "The Selfish Giant" was also set in the scrap world) but the focus here is on the age-old conflict of Ruth being torn between her family and her future, which is only mildly interesting.

Blaze wants Ruth to go to college and have a better life even though she is reluctant to leave home. The life she knows is certainly not great, but it is all she knows. If Ruth feeling trapped is not abundantly clear, she gets put in a holding cell for stealing a library book from school.

Barden's performance is the key to the film's success because Ruth is smart. She does her neighbor's take-home exams for money and calculates Hark's invoices in her head. She is also smart-mouthed, and has no problem speaking out. When Rhonda tells her daughter, "We're not college people," it only makes Ruth more determined to achieve that just-out-of-reach goal.

Ruth also talks back to Hark. She calls him cheap because he keeps reducing his price on the cans and bottles she and Blaze bring in to scrap. Then Hark offers the siblings an opportunity to make some real money, doing the dangerous and illegal work of scrapping from abandoned houses. Without spoiling too much, Riegel wisely lets one potentially problematic storyline involving Ruth on the job go nowhere.

But a situation occurs when the scrap metal crew encounters rivals on a job and someone is killed. Ruth serves as the moral conscience at this moment, and her conflict with Hark here leads to a series of physical and professional attacks that are mostly symbolic. These scenes also play out in familiar ways that may frustrate viewers hoping "Holler" would be smarter.

Riegel's film is best when it captures its characters' emotions. When Blaze reveals his vulnerability and why he sacrificed his life for Ruth's betterment, it is hard not to feel the impact of this news on her. And it doubles down on why she is reluctant to leave. Similarly, the no-nonsense Linda has a few affecting scenes, most notably when she handles her colleagues at the factory when jobs are lost. Her character is a good ally for Ruth, as well as indicative of what Ruth's life might be like if she stays (and there are any jobs to be had).

"Holler" is a compassionate film, and a worthwhile one, even if Riegel gets her points across bluntly.

"Holler" releases in theaters and VOD on Friday, June 11.