Is Netflix's "Bo Burnham: Inside" our lockdown "Lemonade"?

Yeah, we hate ourselves for asking the question too. But there might be something to it 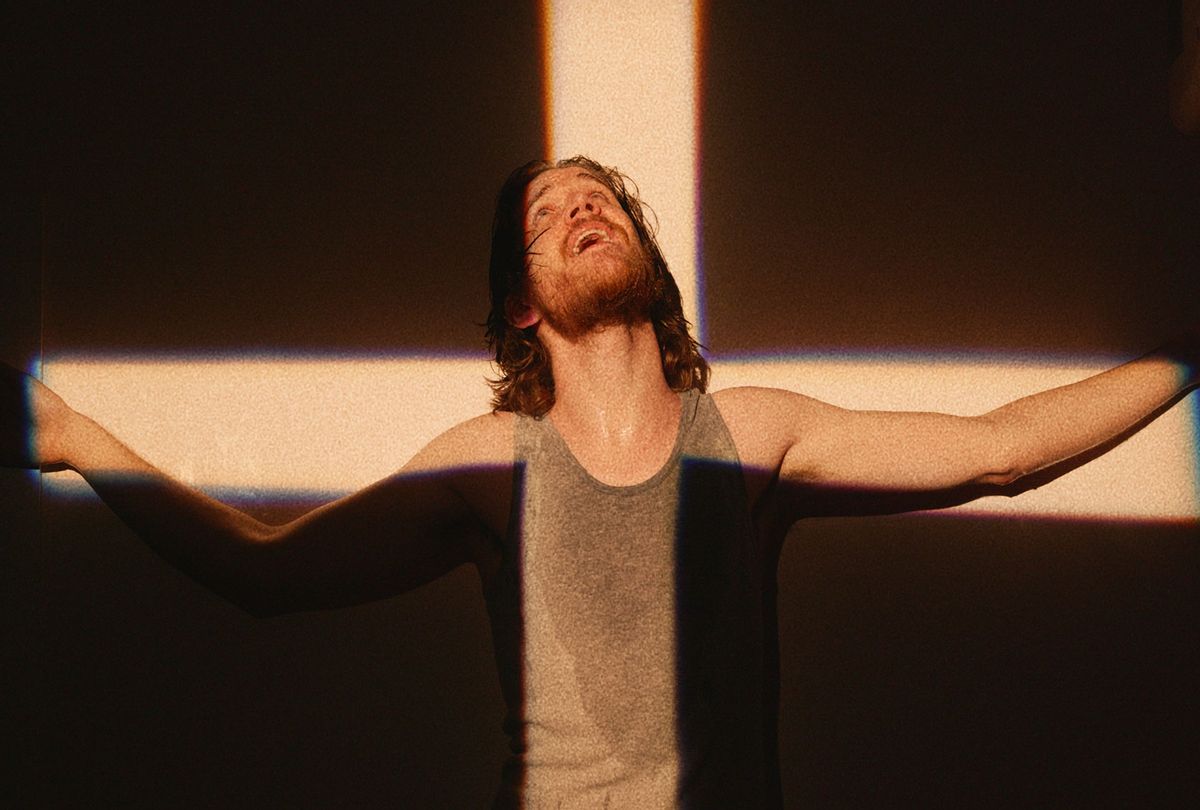 Beyoncé's modern classic "Lemonade" hit its five-year anniversary in April, marked by an array thinkpieces celebrating its timeless emotional resonance. Back then nobody knew that the Netflix special "Bo Burnham: Inside" contained a reference to a slice of what that album wrought after it dropped in 2016 – specifically, a mainstream claiming of Beyoncé's messages of empowerment primarily speaking to and for Black women.

In one of the special's most cited music video segments, Burnham poses as an influencer, clutching a mug with "Beyoncé is My Spirit Animal" emblazoned across it in curly cursive. Rolling his eyes coquettishly at a cascade of autumn leaves cut out of paper, he playfully croons about, "some random lyric from 'Lord of the Rings' inappropriately attributed to Martin Luther King/ Is this heaven? Or am I looking at a white woman's Instagram?"

This comes after Burnham introduces his approach to the special by admitting his sense of helplessness, his fear that comedy won't help and that maybe giving away his money isn't enough. Then, in a moment lit to convey divine insight slapping him in the face, he concludes, "The world needs direction, from a white guy like me who is healing the world with comedy!

"I'm a special kind of white guy! I've self-reflected, and I want to be an agent of change," Burnham sings a few beats later, eventually adding. "Lord, help me channel Sandra Bullock in 'The Blind Side'!"

So when I say that "Inside" might be "Lemonade" for pandemic-stricken introverts, understand that this idea has certainly occurred to others. My spouse, for one; he made this observation while we watched "Inside" together. The first half of it, anyway. That's all we could take in one sitting.

And that response is enough reason to explore this notion while fully acknowledging that doing so may certainly be interpreted as sacrilege to Queen Bey's followers.

But these two artistic projects are of a kind in terms of emotional impact. Directly after "Lemonade" dropped on HBO – almost entirely unannounced, lending to its mystery – a palpable wave of passion rolled across culture. Robin Thede, who was a correspondent on "The Nightly Show" at the time, joked that watching it made her mad at her man for no reason. She was on to something.

The album is highly personal, tapping into an underground ocean of buried anger and pain Black women have been swallowing for centuries. What came up had to go somewhere and, predictably, that frightened the hell out of the males of the species.

Once that subsided, people appreciated "Lemonade" as a visual and musical masterpiece, drawing influence from directors, poets, authors, musicians and artists of every stripe in its construction and execution. Beyoncé's work inspired reading lists, listening journeys and quests to find out more about some of the previously unknown creatives who inspired each frame.

"Inside" is directed, written and starring Burnham, who also made the acclaimed "Eighth Grade" and co-starred in the Oscar-nominated "Promising Young Woman." Burnham conceptualized each segment and shot it all by himself in his L.A. apartment over the course of a year. A highly personal kind of existential irony resulted in its creation, as Burnham describes in the lyrics for "All Eyes on Me," which could be the special's unofficial theme.

He took five years off from live performance to get a handle on the severe panic attacks he used to have onstage. "And you know what? I did! I got better," he says. "I got so much better, in fact, that in January of 2020 I thought, 'You know what? I should start performing again. I've been hiding from the world, and I need to re-enter!'

"And then," he adds, "the funniest thing happened." Recorded audience laughter intersperses Burnham's monologue set to a languid emo melody, an obviously faked and spliced-in response to punchlines that don't exist. People who know his story know Burnham is talking about himself, to himself.

By that point in the special, a year has passed, and we've watched him come apart at the seams, like so many of us have. His hair is long and shaggy, his mustache curls over his mouth. The camera records him losing it, knocking over equipment, pausing and breaking out into sobs. It also locks on his face so we can absorb his pained grimace at watching footage of his younger self, the teenager who posted a smart silly song online a year after YouTube came into existence and became one of its earliest megastars. 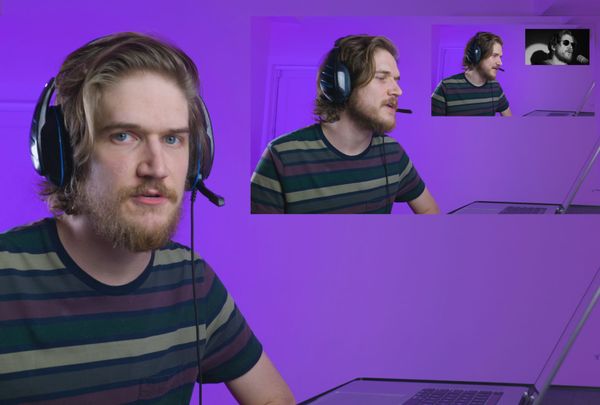 "Inside" is not designed as a contiguous visual album with a few breakout singles, but a work designed to be shattered and scattered in easily consumable and sharable bites – "content," in other words.

Burnham knows that term implies something ephemeral and disposable, but he embraces the pejorative nature of it all. "Daddy made you your favorite. Open wide!" he sings, beaming a headlamp's light on to a disco ball and creating a tiny whirling cosmos in his living room. "Here comes the content! It's a beautiful day to stay inside." Later he croons about turning 30 in isolation while shining a light on himself and, at points, up his own backside. (To cover the glow, but still.)

Content is a distraction, which is the role Burnham initially proclaims he wants his special to fulfill. That was before it came out in 2021, on the cusp of a season the least of Tom Hanks' progeny would like to brand as White Boy Summer but may actually be defined by our impatience, burnout and bone-softening sadness.

Credit its timing or credit the fondness earned by its creator's return after a long absence from live performance. Either way, "Inside" landed after a brief announcement about its existence and is being hailed as a singular achievement in pandemic-era artistry.

The White Woman's Instagram bit is a 10 out of 10 because it nails the frivolous glee of influencer culture. Another self-probing ditty, "Problematic," evokes Madonna's "Like a Prayer" by projecting a cross onto himself. Every frame's satirical image is instantly recognizable, and that reference has meaning.

Watching it can be a crash course in production and a study in the ridiculousness of modern memes. For every polished, entertaining segment there's a behind-the-scenes view of the bootstrapped effort and time every shot requires. Burnham integrates those into the finished product. Purposeful shots of equipment and cables littering Burnham's apartment floor speak to the chaos lording over Burnham's state of mind, especially in a moment where he places the camera with a bird's eye view of himself laying on a pillow, a mic situated close to his mouth. 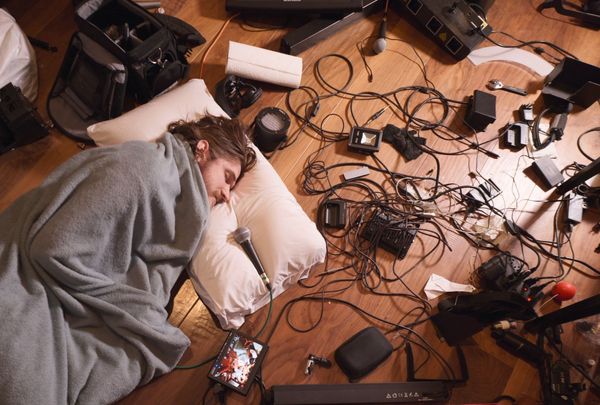 This brings us to the other central draw of "Inside," and probably the burliest part of its appeal, which is Burnham's pure embrace of solipsism and a despairing critique of the way online obsession feeds it.

Burnham ended a previous comedy special by advising everybody watching that "if you can live your life without an audience, you should do it."  That was before proximity to other people was something we all took for granted and maybe resented more than we should.

Now that the Internet is a primary means by which people connect with the world on a daily basis doing, as he sings, "anything and everything and all of the time," it's a mixed bag. The last year taught us how comfortable, disappointing, and downright poisonous that can be.

As such, the personal intent of Burnham's "Inside" has been co-opted to reflect some version of the universal. Maybe those shots of Burnham dancing around while singing about feeling like a big ol' bag of s**t captures a real moment for him. It happens to speak to how a lot of us are feeling, though, or else that song wouldn't be one of the most played singles on the "Inside" album release on Spotify.

Something similar happened with "Lemonade" despite the meticulous analysis of the visual album's cultural specificity. Within a short period of time the wider public transformed the album from, as writer Priscilla Ward described on this site, "Beyoncé's personal story as much as it is ours as African American women . . . [s]he did this one for us" to an album more nebulously described as having a "clear emphasis on self-determination and personal growth."

Claiming "Inside" is free of such irritating whiffs of cultural appropriation (although obviously Beyoncé doesn't mind; everyone's paper stacks equally). This is a comedy special starring a white guy paid handsomely by Netflix to agonize over his position of privilege, genuinely and in scripted musical segments. This is Burnham's observation, not mine.

But if "Inside" is indeed the "feeling-not-so-great-but-at-least-we-got-out-of-bed" hit of the summer, that also assumes everyone has been inside losing their minds, staring into the mind-expanding/mind-rotting void Burnham describes in "Welcome to the Internet."  ("Come and take a seat! Would you like to see the news, or any famous women's feet?")

That hasn't been the case since the beginning of our collective COVID-19 nightmare. Millions of folks haven't had the time or wherewithal to slump through apathy or boredom. Burnham speaks to that too, although somewhat obliquely, through the nerve-frazzling churn of music numbers and spoofs of popular video styles.

Even as he says it though, it's presented as that content he promises us, as if whatever earnest and real impulses are behind it are part of the show. That's probably why those pieces of the special are simpler to pass over than its translation of burnout and so-called "surge capacity" depletion.

Many of us have visited our own versions of Burnham's headspace at some point, including those of us who maybe don't have the luxury of being stuck in a state of reduced contact with the outside world. Many of us, like him, have continued to churn and produce and busy ourselves despite wanting to collapse on the floor and ignore the detritus of living piling up around us. Somebody might develop a literary syllabus to accompany "Inside," but the main written work it probably inspires is a techie's shopping list containing must-have lighting devices, projectors, and cables.

Still, "Inside" (probably) isn't going to lead to any invitations to perform at a future Super Bowl halftime show. No films at Coachella paying tribute to unsung pieces of our cultural fabric will be forthcoming (I don't think?).

There's the main difference between it and Beyoncé's 2016 opus, which will speak to Black women for generations (and everyone else at least until her next hit comes out) because it has a charge to it, a mandate to keep it moving.

"Inside," in contrast, speaks to a segment of the privileged about who we are now and have been for the past couple of years, whether as a whole or in pieces.  At its most honest it captures the listless spirit of this age. "Full agoraphobic, losing focus, cover blown," Burnham sings, and whether he wants us to or not, we feel his meaning maybe a little too closely and painfully. Maybe that inspires us to pass a piece of his art along by way of a video clip or a recommendation to watch the full 87-minute experience. Maybe five years from now it, too, will be hailed as a classic.

Or, once the apathy subsides and we all transition out of the liminal space between lockdown and full reopening, maybe we'll recall it, vaguely, as some decent content about and of its time.

"Bo Burnham: Inside" is currently streaming on Netflix.