Revisiting “The Devil Wears Prada” and the glamorization of grind culture

The real villain was exploitative work environments all along 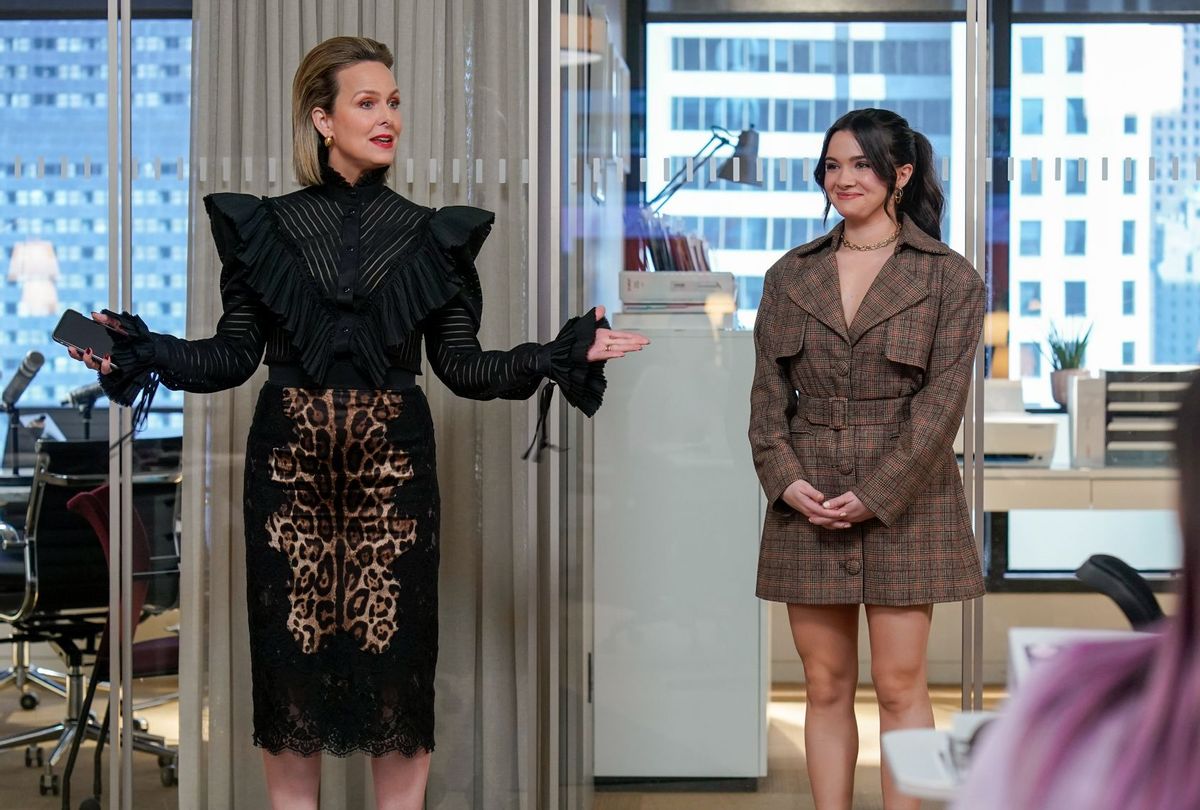 Melora Hardin and Katie Stevens in "The Bold Type" (Freeform)
--

Ahead of the 15th anniversary of the 2006 classic "The Devil Wears Prada," fans are revisiting and relitigating some of the film's greatest debates and cultural moments. For instance, who was the real villain — the impossible-to-please Miranda Priestly (Meryl Streep), or notoriously unsupportive boyfriend Nate (Adrian Grenier)?

Perhaps there's a third option. What we should be reexamining is harm caused by the movie's glorification of "grind culture" — in other words, making your job your life, and welcoming, arguably even fetishizing, being exploited.

Based on Lauren Weisburger's 2003 novel, "The Devil Wears Prada" is the story of Andy (Anne Hathaway), a newly graduated journalism student looking to make it in the editorial world, who unwittingly ends up as the junior personal assistant to the cold, demanding editor-in-chief of one of the world's biggest fashion magazines. Slowly but surely, Andy works her way up, transforming her style, learning and internalizing the ins and outs of the fashion industry, and eventually being asked by Miranda to replace Emily (Emily Blunt) as senior personal assistant. This culminates in Andy's delivery of perhaps the most devastatingly iconic line in cinematic history: "You're not going to Paris."

Throughout the film, we watch as Andy follows Miranda's highly specific instructions for picking up her coffee, meals, dry cleaning, and a wide range of other odds and ends, with very little notice and zero room for errors. Andy also works extremely long hours, with her phone ringing nonstop, and a seemingly endless array of day-to-day fires to put out, without a free moment to breathe. All of this is presumably not just worth it but necessary for Andy to rise in the journalism world, or at the very least, make it to Fashion Week in Paris.

The montages of Andy's daily, rigorous grind are meant to appear extreme for comedic effect, yet, her life is all too familiar and probably a whole lot less funny to the unsaid numbers of young professionals toiling away to make a sub-living wage — all, presumably, for a chance at making it in their respective industries. This is often called "paying your dues," a highly romanticized concept that tells young people to embrace workplace exploitation because there's simply no other way, and if they follow this path, they'll someday be the beneficiary rather than the object of exploitation. It's just like how we tell everyday workers to support billionaires' god-given right to hoard wealth, because if we work hard enough, someday we, too, can have yachts for our yachts.

That said, we can hardly blame "The Devil Wears Prada" for portraying and helping to glamorize "grind culture," which existed independently of the film. At the very least, it didn't give anyone rose-tinted glasses about working in the worlds of fashion and editorial. And unfortunately, much of the cultural pushback against workplace exploitation that especially targets young people is relatively new, extensively explored and criticized in recent books like Sarah Jaffe's "Work Won't Love You Back," or Rainesford Stauffer's "An Ordinary Age." For years, the expectation that young workers pay their dues was widely unchallenged, and has more recently been challenged as part of a cultural sea change broadly denouncing the exploitation of workers.

More recent portrayals of the fashion and editorial industries certainly have succeeded in showing that working in this world isn't a walk in the park, in addition to not glamorizing what it's like to toil away for toxic bosses. While arguably a bit too optimistic, Freeform's series "The Bold Type" could be seen as the millennial answer to "The Devil Wears Prada." Set at the fictional "Scarlet" women's magazine, the show follows three friends – rising journalist Jane (Katie Stevens), social media coordinator Kat (Aisha Dee) and fashionista Sutton (Meghan Fahy) – as they navigate their careers. Running the ship is  editor Jacqueline Carlisle (Melora Hardin).

One "Bold Type" storyline back in the first season attempted to realistically depict the low pay of fashion assistants when Sutton successfully gets a job offer — only to nearly have to pass it up when she sees the low salary, and must negotiate better benefits. Now in its final season, "The Bold Type" has shown how life-changing it can be to have bosses like Jacqueline Carlisle, who aren't only supportive mentors, but also model healthy behaviors – both physical and mental – to encourage their workers to take care of themselves, and be able to bring their fullest and best selves to their work. In its most recent episode, Jacqueline has encouraged or even required Jane and Kat to take time off, while standing up to the magazine's predominantly white, male board of directors to support her employees' creative vision.

Despite awareness of proper work-life balance in the younger generation of workers who have been trying to push back against the expected norms, that hasn't stopped employers from continuing to try and exploit this grind mentality. In a recent Teen Vogue piece on the cultural requirement that young professionals "pay their dues" in their industries by accepting exploitation without complaint, Staufford wrote that young people she interviewed "talked about being mocked when they needed to take paid time off to tend to their mental health, and several disabled or chronically ill young adults mentioned being pushed out of their workplaces.

"Some teachers and caregivers said they were told the fulfillment they get from their work should be payment enough," she continued. This concept is a focus of Jaffe's book as well, an expansive cultural study of how our notions and expectations of our jobs have transformed through the years. Today, the expectation that workers love their jobs and have dream careers, is often weaponized to deny them fair pay and decent working conditions, because the work they do should be "payment enough."

For all Miranda Priestly's casual cruelty and impossible demands, her character and toxicity seem softened, even justified by the natural charisma of Meryl Streep, who could make anyone likable and dare we say, aspirational (after all, she gave us couture "Cruella").

But 15 years on from the original release of "The Devil Wears Prada," things are changing. Embracing exploitation is no longer a virtue. Abusive bosses aren't doling out "tough love." Experience doesn't and never did pay bills. Sure, getting to Paris takes hard work — but it also takes supportive work environments, self-care, and anti-Miranda Priestlys willing to give their workers as much as they get.