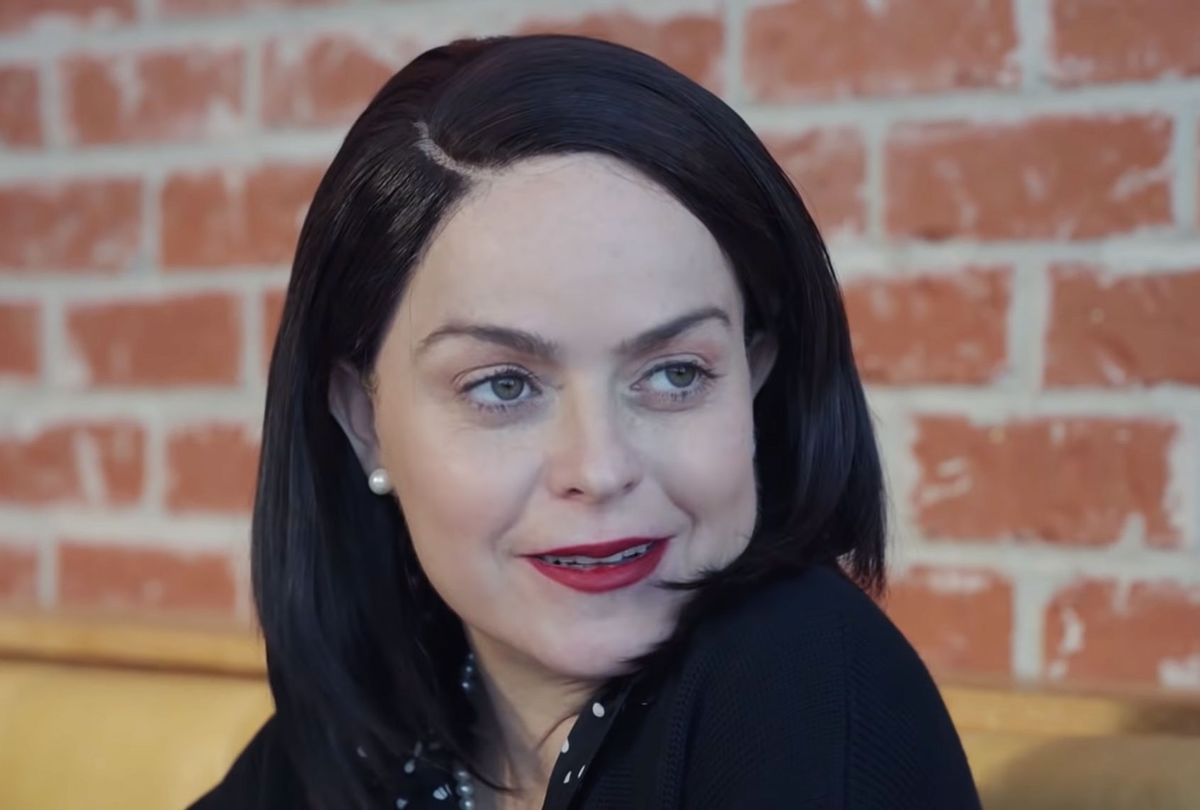 If imitation is the highest form of flattery, the forthcoming horror flick "Karen" might as well be an ode to the legendary storyteller Jordan Peele. And yet, for fans of Peele, at least, and much of the internet, the Coke Daniels-directed film is more upsetting than flattering.

Following the release of a second trailer for the movie on Monday, many are comparing the movie to Peele's critically acclaimed horror film, "Get Out" — but not in a good way. Like "Get Out," "Karen" is very clearly a movie about white supremacist violence targeting Black people – but it doesn't appear to carry the same nuanced commentary and depth, simply portraying more white violence for the sake of shock and outrage.

Similar criticisms have recently been made of Amazon's "Them," an anthology series that will explore the horrors of racial terrorism, and in its first season, shows repeated, graphic violence enacted upon a Black family and other Black characters for no real purpose except, presumably, to tell people that racism was and is real and bad. Of course, Black audiences and audiences of color know that, and aren't shocked by it. It's storytelling like this, and seemingly in "Karen," that make clear who the target audience is based on who could actually still be shocked by racist horror.

As the internet continues its scathing critiques of "Karen," mostly by calling it a knockoff of "Get Out," it's worth remembering what exactly made Peele's 2017 movie so unique and chilling. At first, "Get Out" appears to be a movie about an interracial couple spending the weekend in the woods with white girlfriend Rose Armitage's (Allison Williams) family. But the Armitages have another plan for Chris Washington (Daniel Kaluuya), Rose's Black boyfriend, which is quite literally to harvest Black people's bodies into which the Armitages will transplant their brains.

When not done right, racial horror — a relatively new genre that "Get Out" paved the way for — can just be offensive, reducing very real traumas and ongoing white supremacist violence to tropes and shock factor, and often catering to white ignorance. What made "Get Out" special was its deeper commentary, on the insidiousness of white liberalism, the underlying racism and performativity of many liberals who might — like Rose's father — cite their support for former President Obama to deflect from accusations of racism. In fact, it's lines and biting moments just like Dean Armitage (Bradley Whitford) proclaiming, "I would have voted Obama for a third term," that make the movie so haunting, because Black audiences and audiences of color who have had to quietly put up with white people's casual racism can relate so deeply to it.

Of course, all we've seen of "Karen" so far are trailers, which might not be enough to gauge its full depth and story, but its name and premise alone are dubious. Last summer, when the term "Karen" became popularized as slang for white women who call the police at the sight of Black people in their neighborhoods – or Black people bird-watching in the park, or Black people hosting a barbecue – some scholars and racial justice advocates raised concerns about how reducing white women's racism to a mere joke could be dangerous. There is, after all, a deeper, more layered history to white women wielding white femininity to harm Black people. At the height of white supremacist lynchings targeting Black people, it was white women's supposed fear of "dangerous" Black men that frequently drove lynch mobs to kill Black men.

Reducing "Karens" to a joke without actual insight given this very real and not-so-distant history, and the reality that even today, a white woman could call the cops and get a Black person killed, is in poor taste to say the least. And joking about "Karens" seems to lie at the heart of the forthcoming movie, "Karen."

"Karen" is understandably causing all kinds of controversy with its first trailers, though we may not know the full story until it releases in theaters on a date that's yet to be announced. You can watch the latest teaser trailer below.