From Karen Gillan as an assassin to the Obamas' musical, here's what's new on Netflix in July

Heists, crime, teens and animals - that's what's new to stream on Netflix to help you stay inside and cool 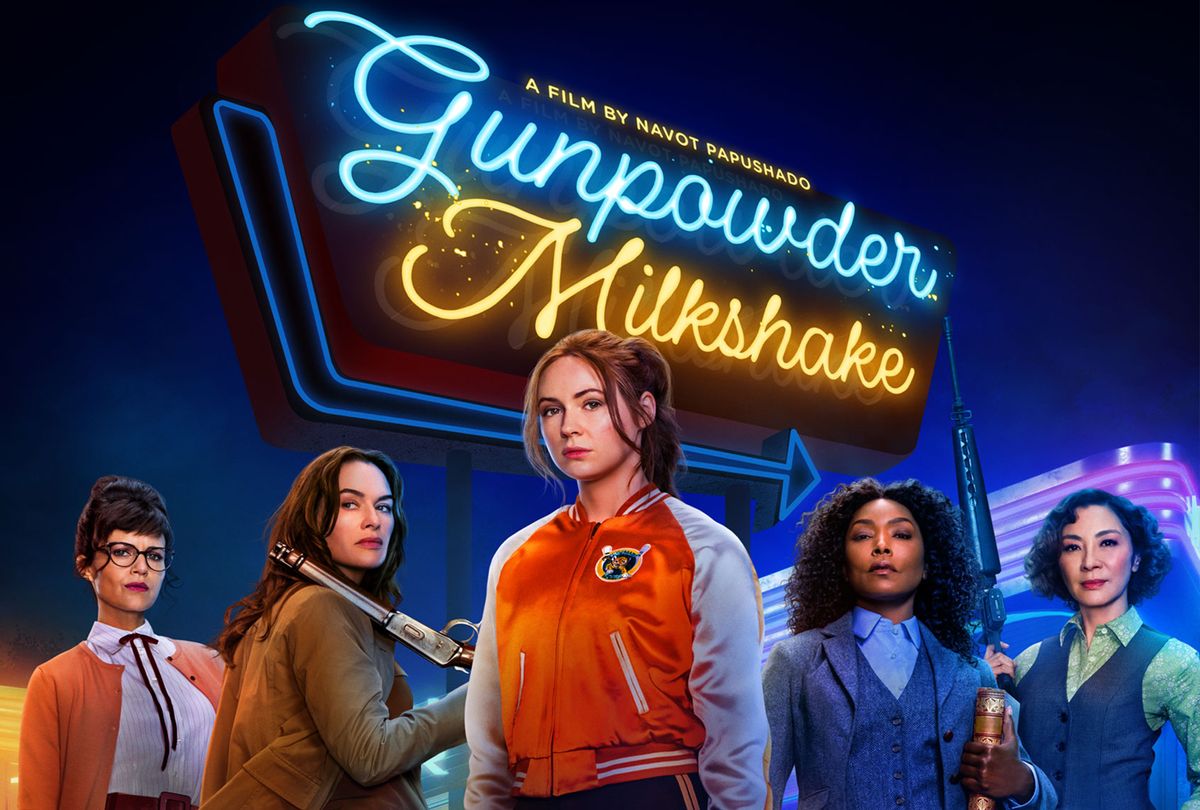 If a heat wave in your state is making the outdoors uninhabitable this month, consider staying in and streaming instead. Netflix is rolling out dozens of exciting new titles throughout July, from classics like all three "Austin Powers" movies to a dating show featuring contestants dressed quite literally as "sexy beasts."

But new Netflix titles also mean a whole wave of departing ones, and when titles are gone, they're gone. "The Iron Lady," which tells the story of the controversial life of British Prime Minister Margaret Thatcher played by Meryl Streep, leaves Netflix by July 5, while Disney favorite "The Princess and the Frog" starring the first Black Disney princess voiced by Anika Noni Rose, departs on the 15th. Meanwhile, "Spotlight," the 2015 drama on the Boston Globe investigation that unearthed widespread sexual abuse in the Catholic Church, starring Mark Ruffalo and Michael Keaton, will depart at the end of the month.

Also at the end of the month, Netflix will be saying goodbye to "Friends With Benefits," starring Mila Kunis, Justin Timberlake, and numerous cameos of fan favorites sprinkled in, throughout, on the 31st. Also saying goodbye are classic comedy-apocalypse flick "Zombieland," starring Jesse Eisenberg and Emma Stone, and the first "Mad Max."

But there's plenty to look forward to, and we got you covered. From the perfect crimes, to an Obama-produced musical on civics, Netflix's July additions are perfect for staying in, staying cool, and streaming.

Directed by the Emmy nominated Matt Ogens, "Audible" is the story of a Deaf high school football player, Amaree McKenstry, and his close friends during their senior year. Throughout the film, McKenstry copes with the loss of a friend's suicide, explores relationships, and prepares for the upcoming homecoming game. The filmmakers spoke to Salon about making a film that uses sound design to make an impact on its hearing viewers.

Aptly dropping on Independence Day, the highly anticipated, Obamas-executive-produced, short-form musical series is a bright and quick crash course on American civics, that's fun for the whole family — regardless of your family's background and familiarity with civics.. The series features music and voicing from artists like H.E.R., Lin-Manuel Miranda, Janelle Monáe, Amanda Gorman, Bebe Rexha and others.

No, it's not the movie based on the viral New Yorker essay "Cat Person" — it's "Cat People," a feel-good docuseries on the many, many different kinds of cat people out there, who come in all shapes and sizes, and from all backgrounds, united by their love for cats. This should help recalibrate the image of a cat person who isn't necessarily a shut-in and doesn't look like the scraggly haired lady on "The Simpsons."

To balance things out, of course, Netflix will be releasing the second season of the beloved 2018 documentary series of the deep, nuanced emotional bonds shared between different dog owners and their dogs. While the first season traveled the globe, this season will stay stateside and feature a former astronaut, Butler University's beloved canine mascot, a veteran and more.

Called the "mother of all action films" by Netflix, "Gunpowder Milkshake" is the story a mother-daughter assassin team and their pals who rebel against the men who could take everything from them. Directed by Navot Papushado, the action film looks like the latest in the delightfully expanding genre of odes to female rage and stars a bunch of badass women: "Doctor Who" alum Karen Gillan, "Game of Thrones" wine lover Lena Headey, Michelle Yeoh, Angela Bassett and Carla Gugino.

Who doesn't love a story of the perfect crime? "Heist" is the shocking docuseries on three of the biggest heists in modern American history, explained by the very people who pulled these heists off. From stealing millions in Vegas casino cash, to the biggest bourbon burglary in history, "Heist" will feature original interviews, exciting reenactments, and essentially pull back the curtain on your favorite fictional heist movies, like "Ocean's Eleven" and "Catch Me If You Can."

In another true crime deep dive, "Private Network" will investigate the murder of Mexican journalist Manuel Buendía, and explore the deep ties between politics and drug trafficking.

Season 1 of the breakout comedy "Never Have I Ever" was a fan favorite throughout last summer, and the Mindy Kaling-created show is back. This time around, Netflix teases a new love life and new classmate for teen protagonist Devi Vishwakumar (Maitreyi Ramakrishnan), as well as plenty of "questionable decisions."

It wouldn't be summer without a catty new dating show, and "Sexy Beasts" takes this quite literally, starring single contestants dressed in elaborate makeup and prosthetics to assume the form of a wide range of different animals. This, of course, is all in pursuit of bringing back blind-dating chemistry. The result is a chaotic and beastly new dating show.

In this new Netflix original anime, a shy boy will express himself via haiku poem to his bubbly but self-conscious crush, leading to a brief but magical summer. You can watch a trailer below.

"The Last Letter From Your Lover," July 23

Starring Shailene Woodley and Joe Alwyn, among others, this new "The Last Letter From Your Lover," based on the novel of the same name, follows the story of journalist Elle Haworth (Felicity Jones) as she uncovers the secret letters of two lovers, Jennifer Stirling (Woodley) and Callum Turner (Anthony O'Hare), having an extramarital affair in 1965 — all while embarking on a romance of her own. You can watch the steamy trailer below.

July 21
"Chernobyl 1986"
"The Movies That Made Us" Season 2
"One on One with Kirk Cameron" Season 1
"Sexy Beasts"
"Too Hot to Handle: Brazil"
"Trollhunters: Rise of the Titans"