How can you win when even women work against you? You take a road trip of course 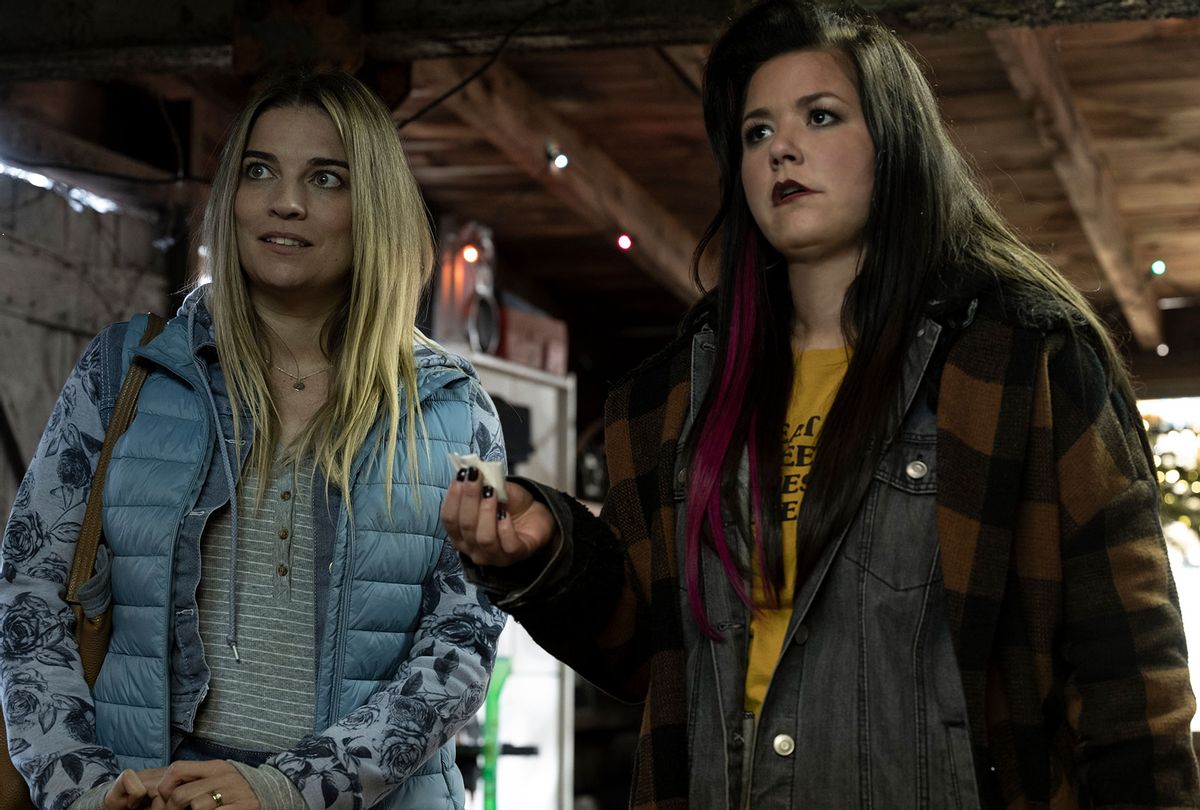 The following contains spoilers from the fourth episode of "Kevin Can F**k Himself" titled "Live Free or Die" that aired July 4. If you haven't watched it yet, you can read about the meaning behind the show's costumes.

Gillian Flynn's "Gone Girl" novel and film of the same name resonated particularly with female audiences across the country, as the ultimate revenge fantasy for disrespected, neglected or cheated wives and girlfriends. But it also provided a term for the trope and archetype of the "cool girl" — the women who conform themselves exactly to male desire, laugh at men's misogynistic jokes, pretend to enjoy Quentin Tarantino films, go with the patriarchal flow, and are rewarded by men through being recognized as "cool."

And really, who needs rights and freedoms when you can have male approval instead?

Another term for this particular female character today, of course, is a "pick me." But whatever you choose to call her, the cool girl is a recurring character — whether in our social scenes, on screen, or across the subliminal sexual fantasies of sexist men everywhere. On AMC's subversive new dark comedy "Kevin Can F**K Himself," prototypical sitcom wife Allison McRoberts (Annie Murphy) isn't the "cool girl," but she's become the unfortunate victim of one. And on Sunday's episode, she's had enough of it.

"Kevin Can F**k Himself" is the story of Allison's unusual quest for freedom, through – spoiler alert – secretly plotting to kill her emotionally abusive, all-controlling, sexist pig of a husband. He's taken her money, the only job she ever loved, and pretty much all her connections to the outside world. Yet, when Kevin (Eric Petersen) is actually on screen, he's purposely set up as the typical sitcom husband, a "lovable," clueless goofball, who isn't exactly easy on the eyes but has somehow managed to land a beautiful, doting wife like Allison.

With Kevin in the frame, the show assumes the form, coloring, lighting and camera setup of a classic multicam sitcom. Once he steps away, the show transforms into a single camera drama, becoming darker and harsher. We see the truth of the bleak, isolating conditions that Allison, pretty much every sitcom wife ever and plenty of real-life women face. These are precisely the conditions from which Allison eventually seeks help in an effort to free herself.

Through the first couple episodes, long-time neighbor Patty (Mary Hollis Inboden) joins Kevin and his father Pete (Brian Howe) and best friend Neil (Alex Bonifer) in drinking beers, laughing at Allison's expense, and getting into dumb shenanigans that ultimately create messes left to Allison to clean up. You see, Patty is the cool girl, "someone who pretends to hate things they like just to be one of the guys."

It isn't until the fourth episode that Allison forces Patty to reflect on the truth of what she's really been laughing at all these years: alarming, suffocating domestic abuse.

While the women take a road trip to Vermont to obtain oxycontin that Allison intends to use to stage her husband's death as an accidental overdose she reveals everything that Kevin, has put her through over the course of their marriage. One of her most devastating revelations is that Kevin cost Allison her job as a paralegal, the only thing that was truly hers and that she actually enjoyed, by humiliating her to her boss, and spreading lies that Allison was cheating on him.

"He didn't like something that was my own, so he took it away from me — like this car, like my friends, like any shred of my life that is my own," Allison says. She then points out how Patty laughed along to Kevin's jokes, to which Patty responds, apologetically, "It seemed harmless."

In this devastating moment, Allison holds up a mirror for the cool girl — the fictional characters and the real-life women — to look into, and she challenges the cool girl to interrogate what she's always laughed at, what she's always gone along with, who her complicity is harming. Allison's impassioned takedown of the cool girl is also arguably a warning to them: What does male approval really give you, when men could just as easily wield this same patriarchal power to harm you?

Any gendered privileges conferred upon you for being cool are conditional and temporary. Allison may have at one point been a cool girl, only to grow up to be a woman without options, whose husband has spent all her money and trapped her in a loveless marriage. Men's cruel humor, ignorance, apathy, disdain for anything that challenges them for what they find funny or enjoy, could just as easily be wielded against you, Allison warns. And so you might as well speak up, tell men their jokes are stupid, and, if you need approval so desperately, try to find it from people who aren't sexist pigs.

Cool girls are undeniably cringe, and arguably the modern Judas Iscariots of feminism. They're either complicit or the villains themselves, depending who you ask. But the ultimate villain, of course, is patriarchy. It forces us internalize misogyny and socializes women to see our value as tied to male approval, and to male perceptions of us as attractive, sexy, fun, not-difficult.

"Kevin Can F**k Himself" is not-so-subliminally heavy on the feminist and political messaging, validating female rage and encouraging you to root for a woman to kill her abuser. But arguably one of its most subversive points is that men are, actually, in fact, not all that funny. Women, on the other hand, laughing through their traumas and buddy-road-tripping out-of-state for hard drugs? Hilarious.

This show is also pretty unsubtle about its evaluation of men as useless, portraying Kevin as utterly helpless without Allison's forced servitude. In other words, men can't really give or do all that much for you, so what's the point of selling your soul for their nonexistent favors?