On AMC's ambitious "Kevin Can F**k Himself," Annie Murphy is a dutiful sitcom wife who goes rogue

The "Schitt's Creek" breakout tackles a show with a terrific concept, but ultimately may not be able to save it 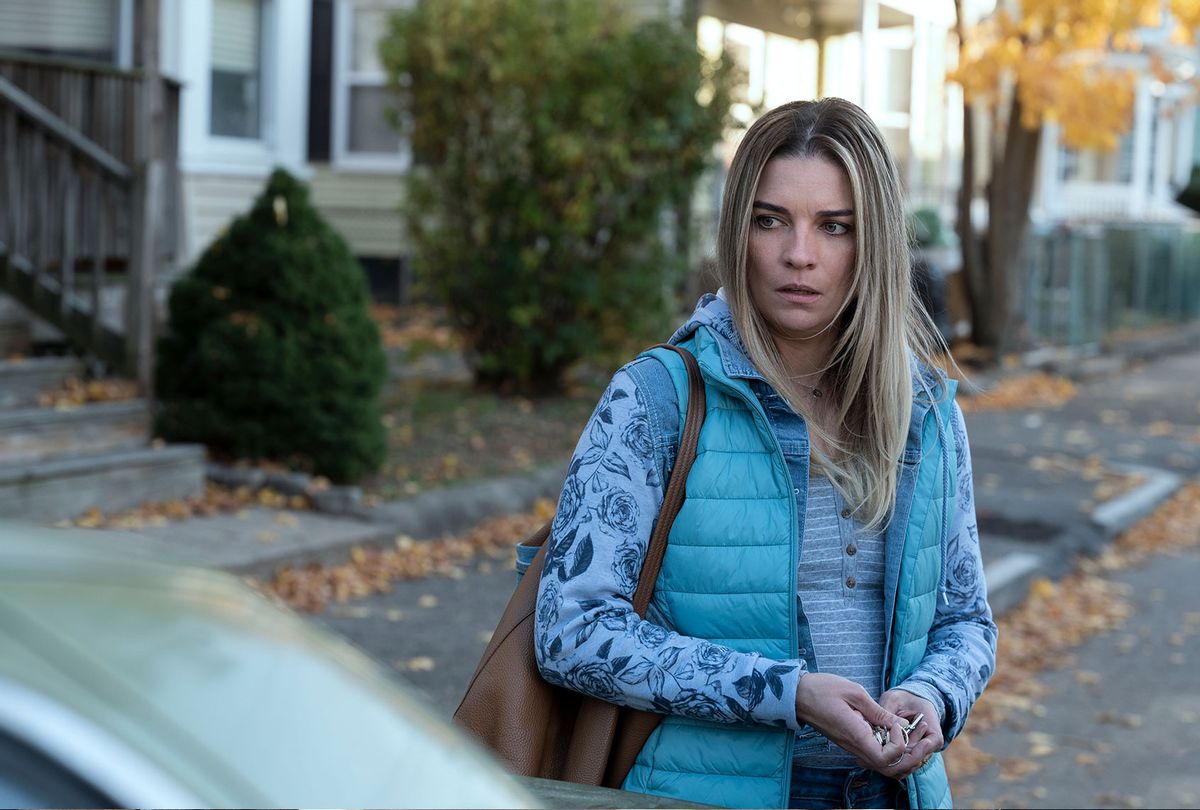 The obvious and most direct inspiration for AMC's "Kevin Can F**k Himself" is "Kevin Can Wait," a long gone CBS half-hour starring Kevin James as a retired cop married to a woman played by Erinn Hayes. That is, until producers killed off her character between the first and second seasons. The reason, according to James, was that "we were literally just running out of ideas."

Shocker! I mean, Hayes' surprise firing certainly was, not the short life and creative bankruptcy "Kevin Can Wait," the network's attempt to recapture some of that old "King of Queens" magic. (Also, its ratings.)  But it was the way her character was knocked off that was equally infuriating and chilling. James' comedy returned for a second season with its main character having skipped the mourning process and acknowledging his wife's passing by pointing out a piece of junk mail with her name on it. From there, James headed back the familiar company of his previous show's popular co-star Leah Remini.

Among the contemporaries of "King of Queens" are "Still Standing" and the one ABC hopes you'll never forget, "According to Jim" – which slumped on for several seasons too long. All are examples of a once-popular, hacky formula: the plain and perhaps pudgy schlub and his hotter, smarter wife. The guys are dopey and relatable; their wives are responsible killjoys and, in their writers' view, utterly disposable.

Currently this dynamic's main representative is "Family Guy," which should tell you something. An often-cited TV rule is that writers can get away with a lot more in animation than in live action. Nobody ever questions the resilience of Peter and Lois Griffin's marriage despite Peter's complete idiocy and selfishness because nothing about their world is bound to physics, common sense or reality. They are quite literally two-dimensional characters.

Whereas in "Kevin Can F**k Himself," Annie Murphy's challenge is to make us empathize completely with Allison McRoberts, a working-class wife whose life consists of catering to her useless and endlessly juvenile husband Kevin (Eric Petersen). When we see her she's clearing Kevin's dishes or putting food in front of him, or carting his laundry from one side of their cramped home to the other.

Creator Valerie Armstrong (who previously worked on "Lodge 49") takes these scenes and inventively has it both ways, careening Allison between dissimilar TV worlds as she hits her breaking point. In the too-bright, transparently staged multi-camera sitcom starring Kevin and his bros, she hides her rage because nobody's watching, but she's the star of a dour drama that captures her life in all its drudgery.

Armstrong recognizes the audience's fatigue with this done-to-death and sexist half-hour format, and is smart to capitalize on the public's strong affection for Murphy, who is fresh off an Emmy-winning run on "Schitt's Creek," to critique it.

If the actor were looking for a project that showcases her range and emotive agility, this will do it. She imitates the broad, hammy choreography of the network sitcom expertly, transitioning seamlessly between that side of Allison's life and the one where the giggles never show up.

Murphy and the directors of photography effect these switches back and forth without warning, constantly keeping the viewer on her toes since the divide between the two is as thin as the threshold between Allison's kitchen and her living room.

But as Allison questions how long she can keep this up – this, being her terrible marriage to a man-baby draining the life out of her – so do we.

Watching the first two episodes of "Kevin Can F**k Himself" drives home how stagnant the dumpy Mars and hausfrau Venus formula always was, and that accurate rendering soon becomes this show's fatal flaw.

Showrunner Craig DiGregorio delineates the satirical nature of the comedy side with total clarity, but it's still a show where the purported lead, Kevin, isn't funny and the punchlines are forced. If you're lampooning the worst kind of show over the course of one or two episodes it translates as parody. If you keep doing it beyond that, you're becoming what you originally intended to parody. And few shows wear out their welcome quicker than a soulless, candy-colored yuk-fest or a drab drama permeated by sickly lighting

Petersen's Kevin is an outstanding living cartoon of a man, but has no redeeming qualities. You won't wonder why Allison wants him out of her life – you'll want him gone too.

If only the gray-toned dramatic side of her existence offered respite. No such luck. Indeed, one of the most defeating parts about this show is the fact that virtually no one in Worcester, Massachusetts is on Allison's side save for a recently returned high school friend (Raymond Lee). His life and social circle could not be more separate from hers, though.

Allison's next-door neighbor Patty O'Connor (Mary Hollis Inboden), Neil's sister, is a more regular feature in her life, and she absolutely resents Allison's ambition and hopefulness, taking pleasure in watching the illusions that help Allison cope shatter one by one. Yet Allison seeks validation from Patty time and again for reasons that aren't immediately apparent and, at least in the four hours made available for review, insufficiently explained.

Although the concept has more appeal than the reality, there's hope that "Kevin Can F**k Himself" could turn into a better show in the back half of its eight-episode season. Judging from the opening four hours, pulling that off would require quite a hoist. Still, Murphy's strong performance and the solid enough premise hold the possibility of some kind of turnaround.

Whether such a rescue is possible will depend in part on whether the writers figure out that only one of the two shows we see here is worth expanding upon, and it's not the one propped up by canned laughter.

"Kevin Can F**k Himself" premieres with two episodes at 9 p.m. Sunday on AMC.