In a Massachusetts COVID outbreak, many of the infected were vaccinated: CDC study 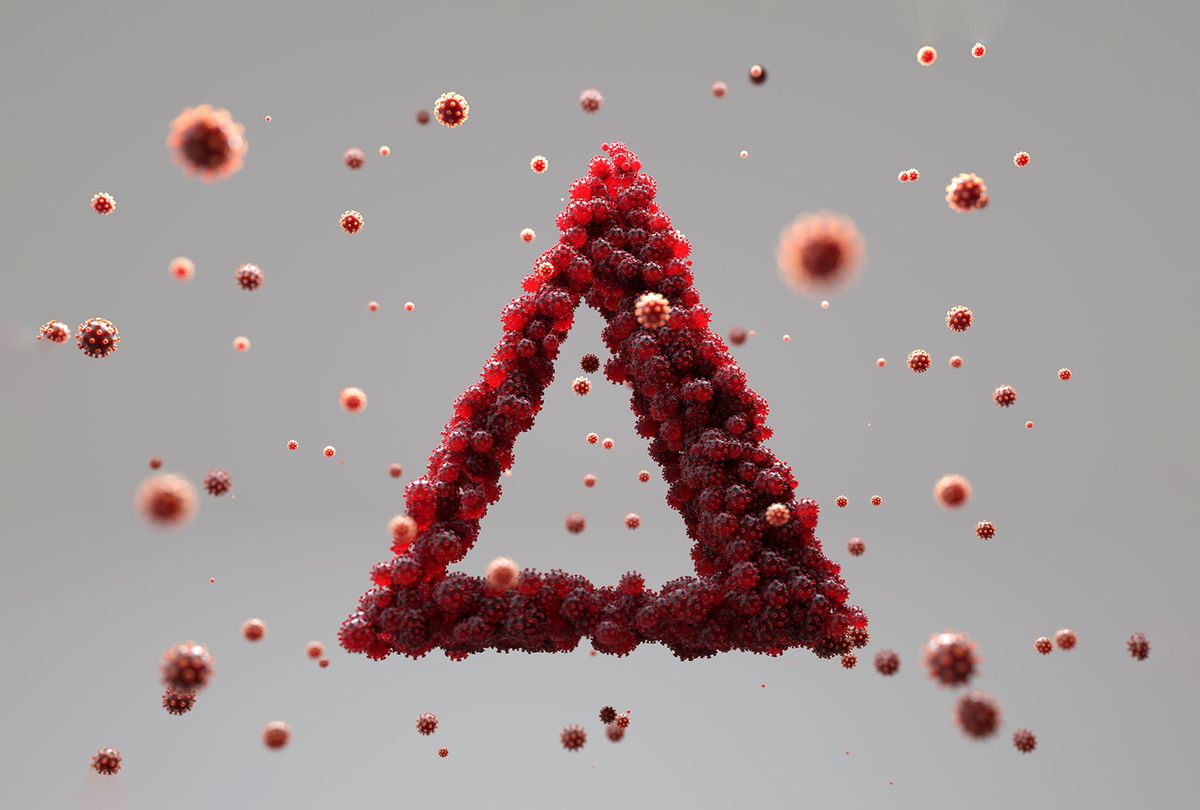 A sobering study by the Centers for Disease Control and Prevention (CDC) reinforces the idea that vaccination against SARS-CoV-2, the virus that causes COVID-19, is not always enough to stop transmission. Researchers arrived at this conclusion after analyzing the infected from a COVID-19 outbreak in Provincetown, Massachusetts, in which three-fourths of the infected were already fully vaccinated.

"This finding is concerning and was a pivotal discovery leading to CDC's updated mask recommendation," CDC director Dr. Rochelle Walensky explained in a statement. "The masking recommendation was updated to ensure the vaccinated public would not unknowingly transmit virus to others, including their unvaccinated or immunocompromised loved ones."

When she referenced an "updated mask recommendation," Walensky was describing the agency's recent policy urging people to wear masks when indoors in areas where the virus transmission is high or prolonged. Walensky also said that people who go to schools should be fully masked the entire time. Although the United States had made progress in reducing COVID-19 infection and spread several months ago, those achievements have been gradually reversed as unvaccinated Americans — many of them motivated by support for Donald Trump — continue to incubate and spread mutant strains of the SARS-CoV-2 virus.

The most dangerous of the bunch is the delta variant, which the CDC describes as being as infectious as chickenpox and capable of causing more severe illnesses than other types of COVID-19. On Friday, the CDC shared internal documents detailing how the new variant gives both vaccinated and unvaccinated Americans similarly high viral loads. The CDC's experts estimate there are 35,000 symptomatic infections each week among the 162 million vaccinated Americans.

This is the strain that circulated among the unlucky people of Provincetown who celebrated July 4th. The Cape Cod community is famous for its parties, especially on Independence Day, and at the time of this writing almost 900 cases have been reported for the full outbreak. The CDC only studied a subset of 469 cases, finding that people within that group "reported attending densely packed indoor and outdoor events at venues that included bars, restaurants, guest houses, and rental homes." The study also found that among people with breakthrough cases (that is, cases in which fully vaccinated people get sick), no one died and only four (1.2 percent) were hospitalized, with the most common symptoms being "cough, headache, sore throat, myalgia, and fever."

The fact that fewer people have died or suffered severely, as might have otherwise been the case, underscores a very important point: while the COVID-19 vaccines may not be as effective as we would like, one is undeniably better off being vaccinated than not. One's chances of dying or experiencing serious symptoms diminishes enormously after receiving one's shot (or shots).

A statistical misunderstanding of the CDC's Provincetown study, exemplified in several news headlines appearing in multiple outlets, conflates the idea of how susceptible the vaccinated are to the delta variant. The Washington Post's alarming headline read "CDC study shows three-fourths of people infected in Massachusetts COVID-19 outbreak were vaccinated," which implies that three-fourths of all vaccinated people would be inevitably infected. In fact, the three-fourths number was only among the subset of those infected.

That misinterpretation is stoking alarm among some watchdogs.

"Please don't do this," Matthew Gertz of Media Matters for America tweeted at The Washington Post for their headline. "Provincetown has one of the highest vaccination rates in the country. As vaccination rates increase the percentage of cases that are in vaccinated people NECESSARILY increases." He pointed out that Reuters, The Boston Globe and CNBC had used similar headlines, noting that Trump supporters may use headlines like those from Reuters and The Boston Globe to argue that "they don't work, what else aren't they telling us."

Indeed, the CDC is not arguing that vaccines are ineffective, but rather than for the broader public health, we may need to consider a return to more stringent lockdown policies.

"Findings from this investigation suggest that even jurisdictions without substantial or high COVID-19 transmission might consider expanding prevention strategies," the CDC writes, suggesting that people wear masks in indoor public settings even if they are fully vaccinated.

The delta variant has a number of mutations that have made it more threatening than other strains. A mutation called D614G is believed to increase the density of the spike protein on the SARS-CoV-2 virus. The spike protein causes the spike-like objects which stick out of virus' internal sphere, allowing it to penetrate and infect the body's cells. Although vaccines are designed to protect cells against those spikes, this mutation may help the virus circumvent those defenses.

The delta variants also has a mutation called L452R that scientists think may help the virus fight antibodies, which the immune system creates to eliminate threats. In addition, it has a mutation known as P681R which increases the viral loads in patients so they shed 1,000 times more of the virus than from previous coronavirus strains when they sneeze, cough, spit or otherwise release potentially infected bodily fluids.

None of this was inevitable. As President Joe Biden said during a Thursday press conference, "the existing vaccines work to prevent death, serious illness, and hospitalization." If "every American is vaccinated, in fact, we would be out of the woods." Speaking to Salon in May, Dr. Bernard Lo — professor of medicine at the University of California, San Francisco — anticipated that the vaccines may not be as effective against mutant strains. Lo also warned that unvaccinated people could cause a resurgence in the pandemic, although he stressed that not everyone who remains unvaccinated is doing so for political reasons.

"It's a worldwide issue as well," Lo explained in regard to how many poorer countries do not have access to the same vaccines as their wealthier counterparts. "There are a lot of countries that really don't have access to vaccines, and variants could emerge there."