What exactly is duck sauce? The sticky history of the Chinese-American takeout staple 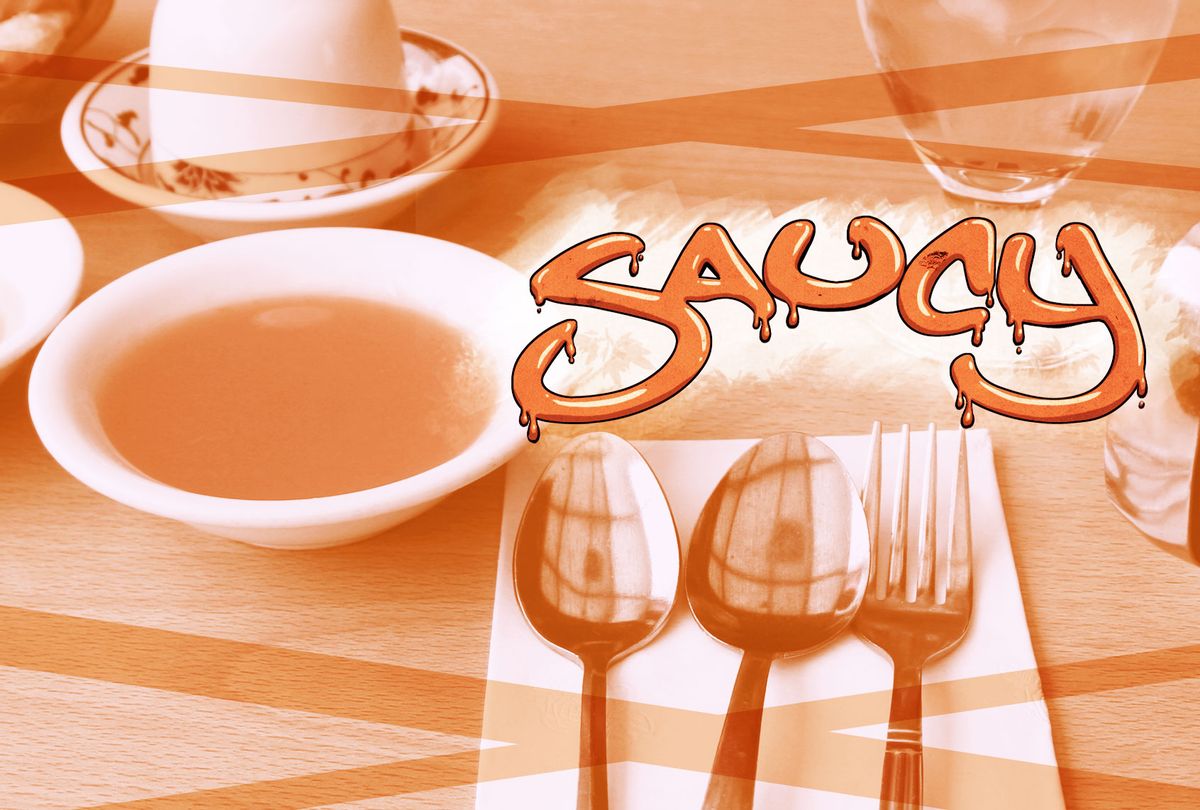 In the six years that I've been frequenting Asian Wok, the small Chinese takeout counter a few blocks from my apartment, I've never seen Liling, the kitchen manager, look flustered.

I've been there at all hours, from peak lunch rush to that final 30-minute window post-last call, and even when the restaurant is absolutely hectic and the kitchen reaches sweltering temperatures, she'll simply pin her thick black bangs away from her face and just continue counting.

You see, watching Liling, you realize that her kitchen runs by the numbers — the number of tickets still to be fulfilled, the number of precise folds on the edges of the hastily packaged steamed dumplings and, perhaps most importantly, the number of sauce packets allotted to each order.

There's a mysterious, though obviously calculated, math that goes into how many sauce packets each customer receives. Liling counts the packets, which are kept in a lockbox behind the counter, like cards, before shuffling them into paper bags. The distribution may seem arbitrary as each bag receives a different number and combination, but after years of observing, I've realized that it's dependent on a variety of factors.

There's the make-up of the order, the number of people she anticipates will be partaking in the meal, how well she likes the customer (truly, I've earned more sauce packets as my status as a loyal customer has cemented) and the number of fried items on the ticket. While soy sauce is a given, extra packets of the glistening orange, jelly-like duck sauce are meant to pair with fresh-from-the-fryer egg rolls and crisp pork wontons.

When I asked Liling about my sauce math theory, she simply laughed and put an extra duck sauce in the paper bag with my crab rangoon.

But what exactly is duck sauce and, perhaps more interestingly, from where does it derive its name?

Most of the slim plastic packets of duck sauce that you'll get with a takeout order are primarily made of water, sugar and cornstarch. Those are usually the first three ingredients — but then things get interesting. Apricot is the ingredient that gives the sauce its fruity sweetness and at least some of the orange coloring (the rest is made up by artificial caramel coloring and, frequently, Yellow Dye No. 6, which is a "sunset yellow").

Like many items on Chinese takeout menus in the States, duck sauce is an American invention, though whose origin is pretty hazy. There is no one specific recorded inventor or restaurant or origin. However, the apricot, which is a stone fruit, is a clue to the sauce's ties back to traditional Chinese cooking.

Plum sauce is a sweet and sour sauce that can be paired with savory Cantonese dishes, including roast duck. It's typically made with sweet plums — another stone fruit — ginger, garlic, chilis and a hefty dose of vinegar. There are theories that the gelatinous orange Chinese-American duck sauce is a reference to this; through time, it's been made with other stone fruits like peaches that are more typical of the United States, as well as sweeteners like molasses.

There are a few things that we know for sure, however,

The first is that it's not uncommon for American equivalents or interpretations of Chinese sauces to end up both sweeter and thicker. When I spoke with writer and food tour guide Michael Lin in January about the weird and wild development of McDonald's Szechuan Sauce, he said that "Chinese American food has had a long history, and it has been significantly impacted by local ingredients and Americans' tastes and preferences."

It was an "adapt or die" model, Lin said.

Americans anecdotally have a preference for thicker sauces — barbecue sauce, ketchup, mayonnaise and salad dressings — and enjoy things that veer more sweet than bitter. "To cater or accommodate to Americans' preferences, the very traditionally lighter (and thinner) sweet and sour sauce was changed to this thicker texture that we are more used to today," Lin wrote.

Secondly, we know duck sauce wasn't funnelled into plastic packets until at least 1955. That was the year that Harold M. Ross and Yale Kaplan filed a patent for "Dispensing Containers for Liquids," which radically changed the world of to-go condiments as we know it.

Two decades later, W.Y. Industries was founded in a small kitchen in Bohemia, NY, where founder Nelson Yeung first began filling those plastic packets with soy sauce and duck sauce. Two decades after that, in 1994, the New York Times reported that the company churned out more than 700 million packets of the company's four staples: soy sauce, duck sauce, mustard and hot sauce.

Brian Buchalski, the company's vice president of operations, said at the time that he had "not tired of Wah Yoan's duck sauce after eight years and often squeezes it onto a bowl of plain noodles."

"I've eaten it right out of the package," he said.

However, Buchalski told the Times, he had never had it with duck and estimated that "less than 5 percent" of all duck sauce actually finds its way to a duck.