A salmon and pesto pasta to fall in love to

An easy dinner that still impresses 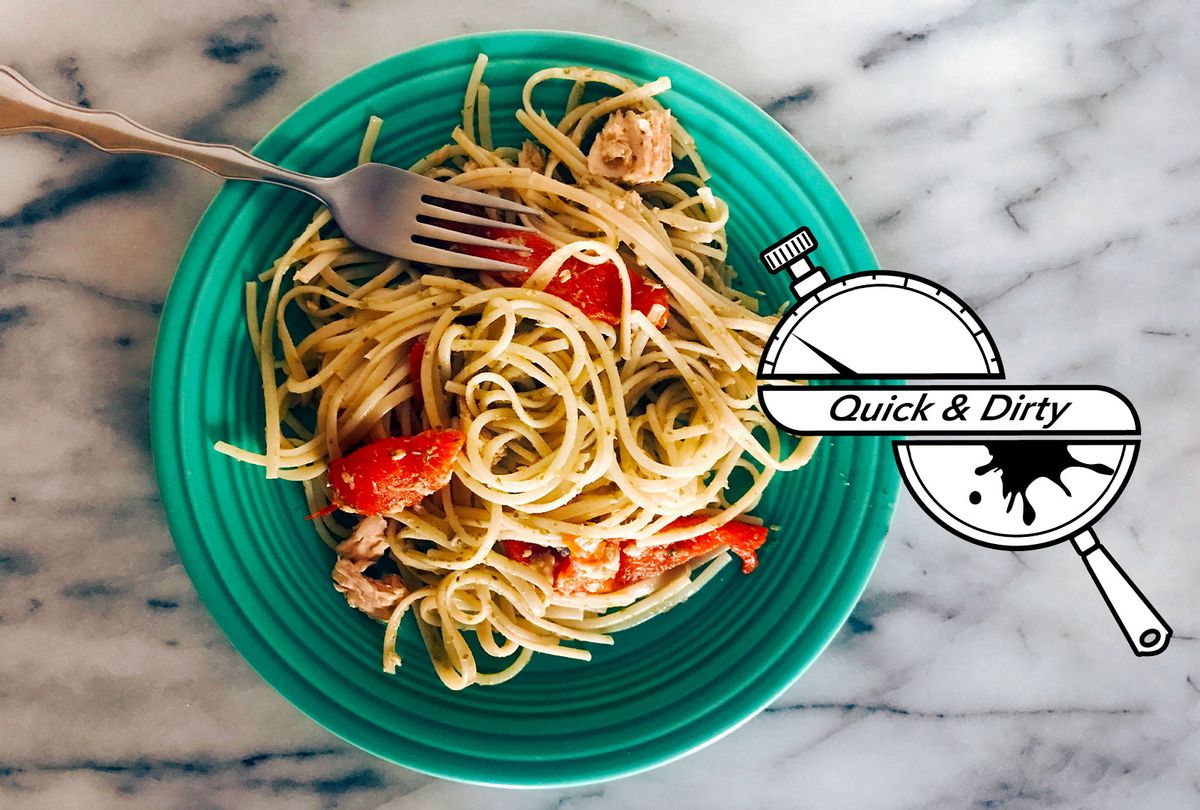 There's a lot of food in the final episode of the new season of Amazon Prime's "Modern Love." That checks out, because it's based on a New York Times essay I wrote. While a great deal of the story deviates wildly from my true experience, I can't say that its depiction of a woman who casually squirts ketchup on buttered bagels is entirely unrecognizable. And it was, I suppose, inevitable that the episode, with its thermoses of soups and its banana breads and its peppery fajitas, would remind me of how inexorably food is entwined with love. So let me tell you a little story.

The young woman has just recently started dating the young man when he makes her an outrageous offer — he wants her to come over and he'll cook her dinner. Because it is the nineties, she is subsisting mostly on cigarettes and whatever she can grift at parties. Cooking, to her, is not something that young, single people do, but sure, whatever. He makes her Cornish hens with little boiled, buttered red potatoes, nothing fancy. She is thinking, this guy's a magician.

She realizes she must reciprocate. At the time, her refrigerator contains three items: food for the cat, beer and an enormous tub of margarine that her mother gave her after a two-for-one sale at the Stop & Shop. She has never turned on her oven, nor, for that matter, the stovetop.

So on the evening of her big date, she goes to the bodega on her corner and grabs a few things that she thinks might be edible. A box of spaghetti. A jar of pesto. A jar of roasted peppers. A can of salmon. She picks up a pint of ice cream for dessert. She goes home and figures out how to boil water.

In time, she learns how to cook, and even to bake. But she keeps making that one meal, that first meal, again and again, for him. She makes it in different apartments, in different cities. She makes it for their children. She still makes it, to this day.

This is a dinner that a person with absolutely zero cooking experience can make, and I know that because I was that person. It comes together with ingredients you can easily find at your supermarket or the store where you get your scratchers and gum. It's easy enough for a rushed weeknight, but it's special enough, it turns out, to make somebody fall in love with you.

If you're advanced, serve with a nice green salad. Beginners can just open up some wine.