29 of the oldest actors to play teenagers on television

From "Fame" to "Riverdale," here are some of the oldest well-known actors portraying life as a teen on screen 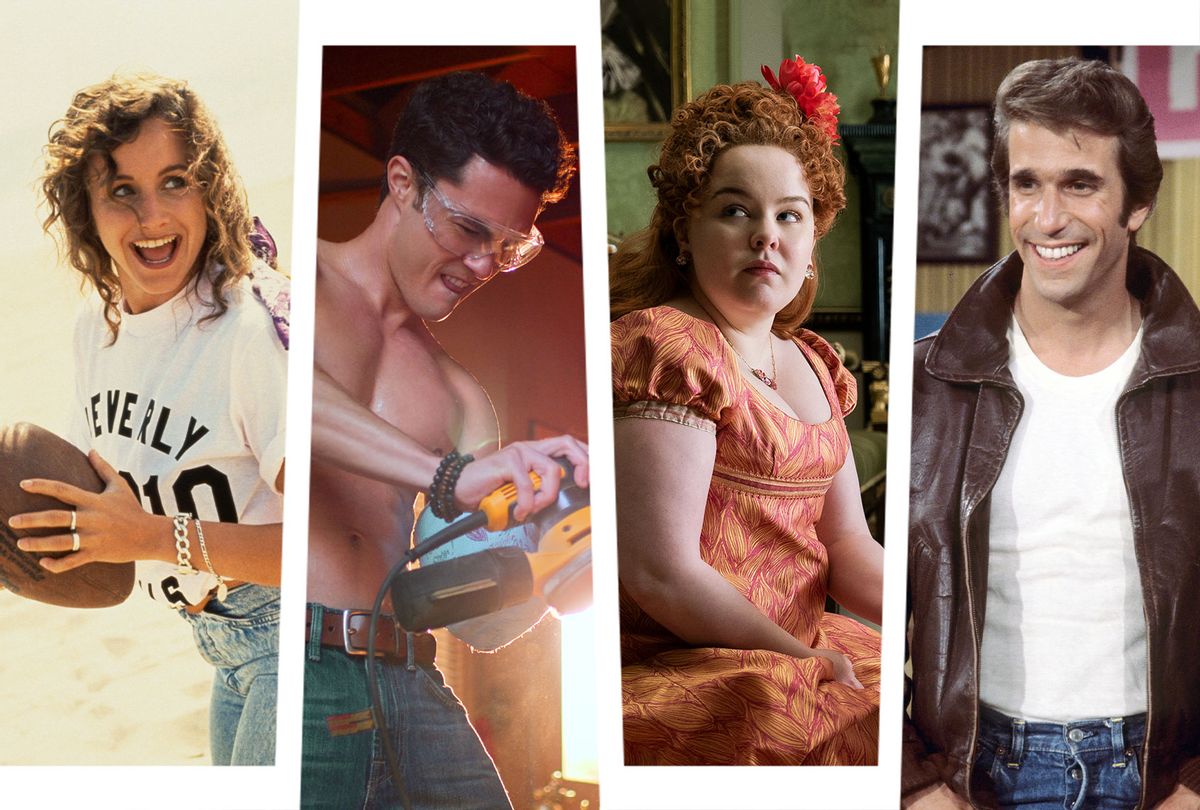 With Mindy Kaling's "Never Have I Ever" back on Netflix, the high school comedy is not only a reminder of the difficulties of being a hormone-driven teenager . . . but also the difficulties of casting actors who are as young as the teens they portray.

While a much-publicized open casting call landed the 19-year-old newcomer Maitreyi Ramakrishnan to play the show's lead, Devi Vishwakumar, her crush is played by an actor who left slamming lockers and cramming for the SAT behind more than a decade ago. At 30 years old, Darren Barnet, who portrays Paxton Hall-Yoshida, is only one of the many older actors to play a teenager onscreen.

Casting adults to play teens is a longstanding practice in Hollywood. While some may cry out against this inauthenticity, there are some logical reasons to cast someone who is no longer a minor. Most of the time, this comes down to work limitations. For one, underage actors are required to complete a certain amount of schooling during work hours. Also, the younger an actor is, the less time they are allowed on set. Plus, if more intimate scenes are involved, they're more easily handled featuring older, consenting adults instead of children.

From "Happy Days" to "Bridgerton," actors well into their 20s and even 30s have managed to (for the most part) convincingly depict the perils of adolescence. Check out a list of some of the oldest actors, all aged 25 or older, who've played teenagers on television.

"Never Have I Ever" (2019-present)
Actor(s): Darren Barnet
Age: (while on show): 29-30
Barnet plays swim team captain Paxton Hall-Yoshida who is one love interest for the show's lead, Devi (played by now 19-year-old Maitreyi Ramakrishnan). As Paxton, the actor has also been able to represent his mixed Japanese American heritage through his family and school storylines.

"Gilmore Girls" (2000-2007)
Actor(s): Keiko Agena
Age (while on show): 27-34
Agena plays Lane Kim, the hometown best friend of Rory Gilmore (played by then 19-year-old Alexis Bledel) turned lead drummer of a rock band. Although she was a fan-favorite character, many of those same fans felt that Lane deserved better in how she was portrayed and her character's disappointing arc over the seven seasons.

"Buffy the Vampire Slayer" (1997-2003)
Actor(s): Charisma Carpenter
Age (while on show): 27-30
Carpenter plays Cordelia Chase, a popular student at Sunnydale High as a cheerleader and alongside Buffy and other characters, learns to understand and fight supernatural forces. 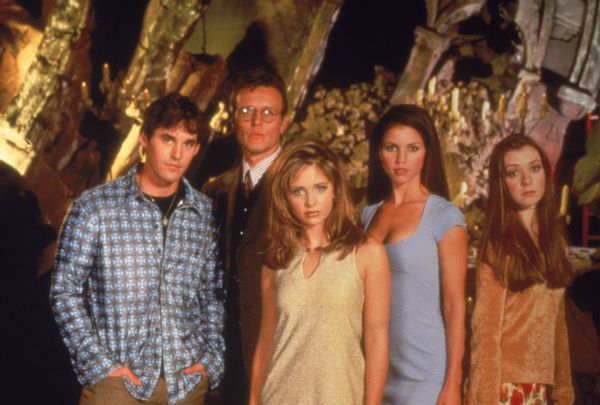 "Outer Banks" (2020-present)
Actor(s): Chase Stokes
Age (while on show): 28
Stokes plays John B, the leader of the Pogues gang who convinces his friends to go on a summer journey with him in order to search for his missing father and the unsolved mysteries behind his disappearance.

"Hannah Montana" (2006-2011)
Actor(s): Jason Earles
Age (while on show): 29 - 33
Earles plays Jackson Stewart, Hannah Montana's (played by Miley Cyrus) older brother who is always around to play jokes and pranks on his sister and their friends.

"Dawson's Creek" (1998-2003)
Actor(s): Meredith Monroe
Age (while on show): 29 -33
Monroe plays Andie McPhee on Dawson's Creek, an academically intelligent and ambitious girl who moves to Capeside with her parents and brother Jack (Kerr Smith). She becomes a love interest for Pacey (Joshua Jackson).

Morgan portrays Toni Topaz, a transfer student to Riverdale High and member of the Southside Serpents, who befriends and guides Jughead (Cole Sprouse) and helps the entitled Cheryl (Madelaine Petsch) with her bisexuality when the two begin dating.

Melton plays Reggie Mantle, the captain of the football team at Riverdale High who is often competitive against his teammates and was a former drug dealer. 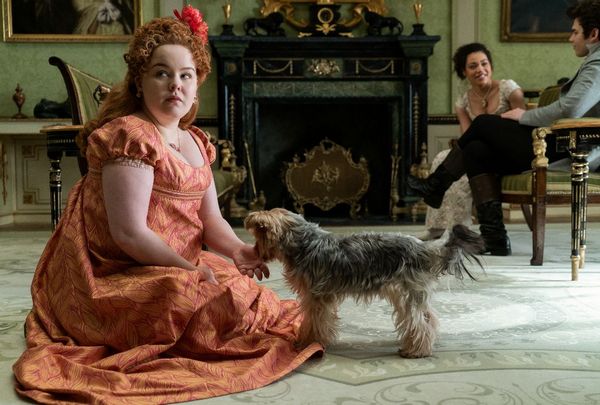 "Bridgerton" (2020-present)
Actor(s): Nicola Coughlan
Age (while on show): 33
Coughlan plays Penelope Featherington, a 17-year-old debutante who's been presented to society in hopes of landing a husband. And while she has an unrequited crush on one of the Bridgerton boys, she's also quite busy with her clandestine publishing pursuits. Coughlan has also recently (2018-present) played a teenager in the Irish comedy "Derry Girls."

"Glee" (2009-2015)
Actor(s): Cory Monteith
Age (while on show): 27 - 31
The late actor plays Finn Hudson, a high school student who was on the football team but is recruited to join the school's glee club after he's discovered singing in the gym showers.

Butler plays Zach Dempsey, a teenager and jock at Liberty High who dated Hannah Baker (Katherine Langford) before she died by suicide. Butler previously played another teenager, Reggie, on "Riverdale" before Melton took over.

Navarro plays Tony Padilla, a teenager at Liberty High who is friends with and helps Clay Jensen (Dylan Minnette) handle the tapes that his best friend Hannah Baker left behind.

Silver portrays Marcus Cole, the student president at Liberty High who attempted to sexually assault Hannah Baker and later tried to cover up his actions.

"On My Block" (2018-present)
Actor(s): Jessica Marie Garcia
Age (while on show): 31 - 34
Garcia plays Jasmine Flores, a confident and funny yet supportive friend and student on the show.

"Pretty Little Liars" (2010-2017)
Actor(s): Bianca Lawson
Age (while on show): 33 - 35
Lawson portrays Maya St. Germain, who was a newcomer to the town of Rosewood and moved into the old house of the presumed dead main character, Alison DiLaurentis (Sasha Pieterse).

"Happy Days" (1974-1984)
Actor(s): Henry Winkler
Age (while on show): 29 - 39
Winkler plays Arthur Fonzarelli, known as "The Fonz" on the show, originally a secondary character who was a greaser typically seen in a leather jacket and near his motorcycle. He's a high school dropout who at one point tries going back to school with Richie Cunningham (Ron Howard).

"Head of the Class" (1986-1991)
Actor(s): Dan Frischmann, Tony O'Dell
Age (while on show): 27 - 32 (Frischmann), 26 - 31(O'Dell)
Frischmann plays Arvid Engen, one of the students in the individualized honors program of the New York City high school that the show centers around. Arvid's areas of expertise include mathematics and science.

O'Dell plays Alan Pinkard, another student in the honors program with a competitive spirit and passion for political science, especially as an avid conservative fan of Ronald Reagan.

"Fame" (1982-1987)
Actor(s): Lori Singer
Age (while on show): 25 - 26
Singer plays Julie Miller, a shy and talented cellist who moves to New York City to pursue the arts and attends a performing arts school after moving from her small Michigan hometown.

Donovan plays Amber, another popular it-girl of Beverly Hills running in the same social circles and events as both Cher and Dionne, whom she initially often competes with.

"The O.C." (2003-2007)
Actor(s): Ben McKenzie
Age (while on show): 25 - 29
McKenzie plays Ryan Atwood, a teenager who faced turmoil in his hometown and moves to Newport Beach where he navigates life among the affluent and privileged.

"Teen Wolf" (2011-2017)
Actor(s): Arden Cho
Age (while on show): 30 - 32
Cho portrays Kira Yukimura, who discovers she is a Kitsune like her mother, a species of Japanese fox spirit with supernatural powers. Her mother's own powers are the reason for their move to Beacon Falls, California. Kira is a Thunder Kitsune with powers over electricity and foxfire.

"Gossip Girl" (new) (2021)
Actor(s): Jordan Alexander, Thomas Doherty
Age (while on show): 27 (Alexander), 25 (Doherty)
Alexander plays Julien Calloway, the it-girl and influencer at the top of Constance-Billard's social ladder in New York City. It should be noted that at 27, she is actually older than Tavi Gevinson, 25, who plays one of the school's teachers. 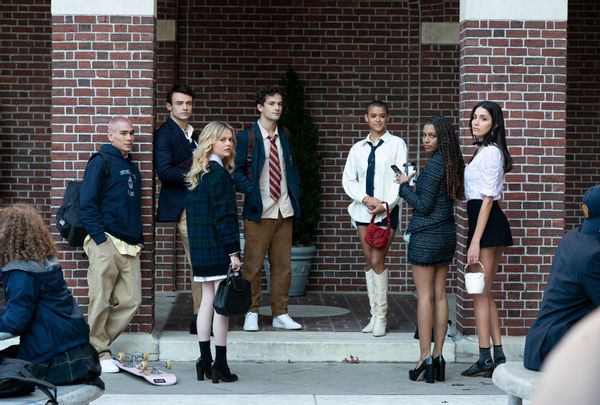