Britney Spears is a cautionary tale of pornification 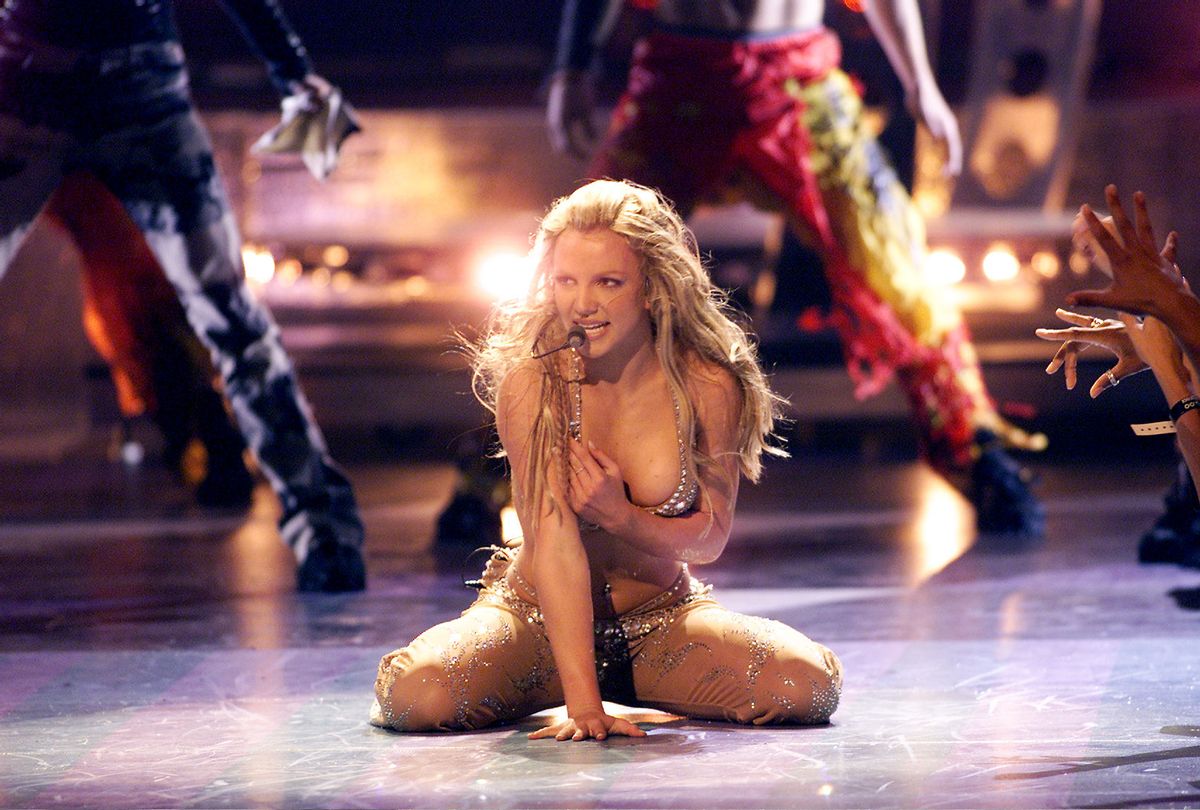 Just this morning I noticed I was resting my coffee cup on a disposable coaster advertising Mugaholics with the tag line, "Sip me baby one more time." Over 20 years since Britney Spears released the No. 1 single "Baby, One More Time," her work continues in conversation with the culture – mysteriously arriving even on my dresser in 2021.

Britney has been on a lot of people's minds lately, in the aftermath of the documentary "Framing Britney Spears" and the widespread news about the oppressive terms of her father's conservatorship.  Many reading this grew up with Britney Spears' music as the soundtrack to our adolescence and youth. We watched her explode into the pop music scene, writing and singing outrageously catchy tunes with a striking confidence for one so young. Then we watched as she was pilloried by talking heads, hounded by paparazzi, and publicly unraveled.  Media messaging was almost exclusively damning of the young star, delighting in relentlessly castigating her.

It's odd to think of something like pornification as having a beginning. Its creep was so gradual and comprehensive that most of us think it is normal to see half-naked and naked women everywhere: on phones, social media, the mall, in magazines, movies, and television, sexualized in music lyrics and videos, in comedy material, on billboards, bus advertisements, bumper stickers, t-shirts, video games and comic books, in hookup culture, at parties and nightclubs, and in everyday conversations. Indeed, most of us barely see female nudity so ubiquitous is it.

Britney Spears is a child of pornification, and her life story so far illuminates the power and influence of raunch culture.  Britney's story unmasks the following doublespeak: men control the terms and power of pornification, not the girl or woman in a tight skirt and stripper heels.

Britney signed with Jive Records in 1997 at the age of 15 and released "Baby, One More Time" in 1999, delicately surfing an early wave of pornification in a Catholic school uniform. An immensely talented cis girl who enjoyed the spotlight, Britney produced hit song after hit song, performing a coy raunchiness. She catapulted to stardom playing the object of the male gaze. This was powerful . . . until it wasn't. One of pornification's many lies is that individual girls and women control the story of their sexiness.

The creators of "Framing Britney Spears" feature many cringe-inducing moments of a very young Britney gracefully fending off lecherous comments from men two and three times her age, demonstrating the skills of a sugar baby, one of the few "occupations" pornification provides skills in.  (This may partly explain why so many teen girls are attracted to sugar dating.)

In sugar relationships, which some consider a form of sex work, the younger party offers their youth and beauty in exchange for expensive meals, designer items, trips, and (hopefully) money. Sugar dating, especially between male sugar daddies and female sugar babies, reinscribes traditional gender roles with a twist. A wealthy man pays a young, beautiful woman to charm, soothe, flatter, entertain, flirt, and maybe have sex with him, absent expectations of continuity or fidelity.  Britney Spears was in a sugar relationship with the entertainment industry, flattering, soothing, and gently flirting with men who would soon turn on her.

Britney struggled with mental health issues arising in the intersection of sexism and fame in the mid-aughts. Tenacious paparazzi stalked her, seeking to capture any "miss-steps" in photos then widely disseminated. Seemingly everyone – Christian groups, talking heads, media personalities, and fans – felt they had a right to weigh in on Britney's life, calling her "irresponsible" and a "bad role model."  This captures another dimension of pornification: women's bodies are on display, such that all viewers –women, men, trans, straight, bi, and gay – claim an ownership of them, a right to judge, evaluate, praise and condemn. In Britney's case this not only included her physical appearance (like the critical speculation over why she shaved her head for example), but also her character.

For example, a woman might feel strong and sexy wearing a low-cut dress out on a weekend night, but her pride and pleasure in this self-display, like the exotic dancer, like Britney Spears, can quickly become a source of pain and fear when someone calls her a "fat whore" or "a hole no one would want to f**k."  A woman's feelings of power dissipate when men are threatened by, jealous of, frustrated by or tire of the female exhaustedly objectifying herself for their approval, and so they call her a "slut" and "bad mother" and destroy her.  Britney was too famous and talented to easily dismiss, so a patriarchal/patrician legal system conferred and appointed Britney's father to control of her life.

It remains to be seen if Britney will escape her father Jamie's rule, even as he recently said he plans to step down from the role of conservator, which suggests progress. I am also heartened by the huge number of fans advocating the "Free Britney movement," the large number of celebrities supporting her, and the change in the media tone from disparaging to empathetic.

As Britney slowly, hopefully, frees herself from her father's control, the public again sees Ms. Spears embrace pornification as "empowerment." She recently posted several topless photos on Instagram, confusing her fans who worried she'd been forced to display them without consent.  But, Britney explained that the topless photos (nipples covered by her hands) were her way of taking control of her body and feeling "lighter" after being weighed down by the conservatorship.

As a Gender Studies professor and scholar, I cannot count the number of times I have heard/read/seen young women equate pornification with "reclaiming their body," like Britney did as teen, and continues to do as a 39-year old woman. It's immensely challenging to sensitively engage with these claims.  On the one hand, I want women and girls to be free, and wear whatever they like, and be as sexy as they please.  Further, individually, it's not my business what anyone else does with their body, and I don't particularly care how naked anyone is. On the other hand, letting that be the end of the conversation allows patriarchy to run amok defining "sexual freedom" as a monotonous performance for the male gaze that perpetuates gender inequality.

Let me be very clear – I am not telling any girl, woman, and Britney Spears what to wear or not wear. Nor am I judging women who enjoy pornification as "bad" or "wrong."  Instead, I am suggesting that all of us take a breath and ask ourselves who is benefitting from pornification and what do we think of it?

Bernadette Barton is Professor of Sociology and Gender Studies at Morehead State University, and author of the book "The Pornification of America: How Raunch Culture Is Ruining Our Society" and "Stripped: More Stories From Exotic Dancers."