Consider the lobster thermidor: In defense of mixing seafood and cheese — sometimes

It's a controversial combination. But when done right, the results can be luxurious 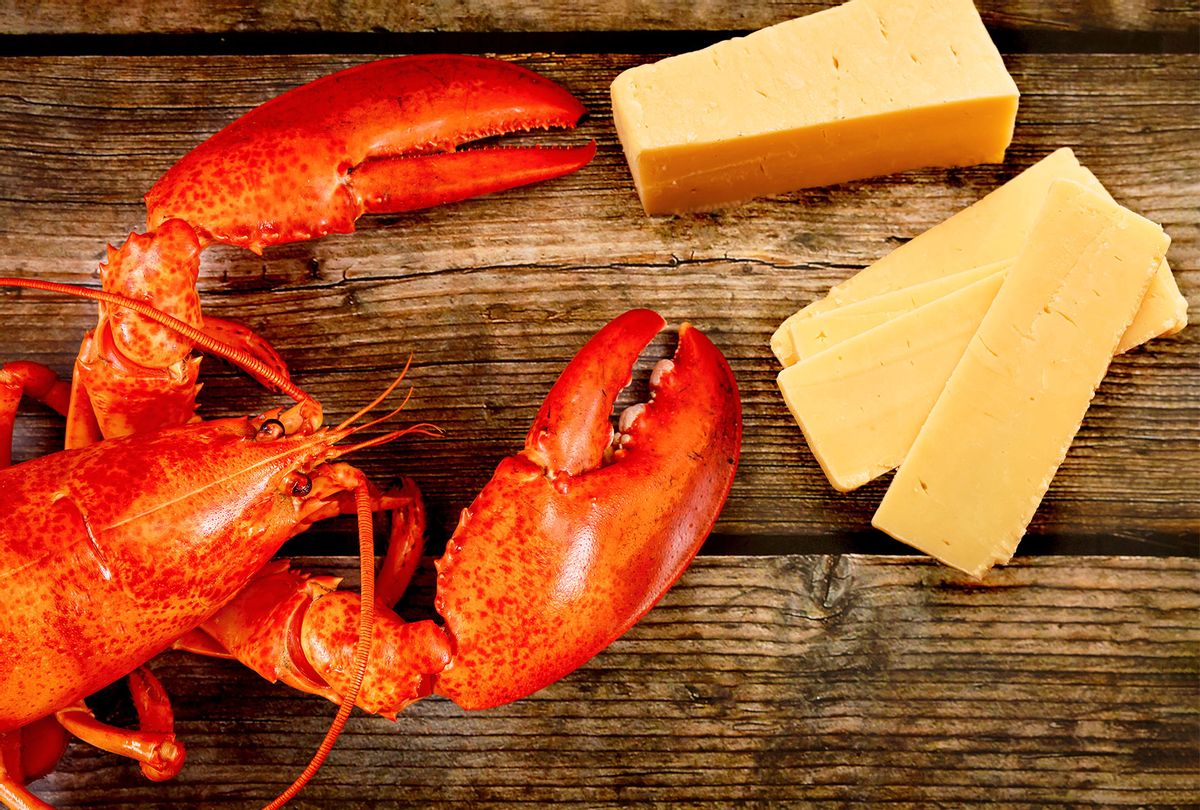 Well, would you put a slice of cheddar on a lobster roll? This is the text I received when I messaged my friend, a lifelong Mainer from a fishing family, to ask his thoughts on mixing seafood and cheese. I'll admit, the thought of that particular dish made me queasy. But I wasn't opposed to the combination in other dishes.

To me, it depends on context. To him, however, the thought of a cheese-covered lobster was grotesque enough to close the conversation.

"What about lobster thermidor?" I inquired, referring to the French dish made by removing lobster meat from its shell, cooking it in an egg yolk and brandy sauce before returning it to its shell to cover with cheese  — often Gruyère — and baking until bubbly and brown. "Or white clam pizza?"

It's a controversial combination, but one that appears in cuisines around the globe. The best enchiladas del mar I ever had were stuffed with minced crab and shrimp, covered in a salsa verde and generously sprinkled with crumbly, briny cotija. In Greece, there's shrimp saganaki, a flavorful mix of sautéed shrimp, tomatoes, olives and pan-fried cheese, typically feta. McDonald's has the Filet-O-Fish, Maryland has crab dip, my local deli has a tuna melt, and — and I'm going to show my midwestern roots here — just writing this has me craving a hearty, cheddar-covered tuna noodle casserole.

When I ran a Twitter poll asking people how they felt about the combination, 259 people responded over the course of 12 hours. Almost 46% were on board, citing dishes like lobster macaroni and cheese, cream cheese bagels with lox and shrimp with cheese grits as affirmative reasons. Thirty-five percent said the thought made them squeamish, while the remaining respondents said they'd never given their preferences much thought. Of those who said they were against the combination, some of the most adamantly opposed were Italian, Italian-American cooks and food professionals.

Dig into the history and there are a variety of explanations behind the unofficial ban. Some say it's a way to maintain a regional divide and associated traditions. Northern Italian food tends to be a little richer and, due to the region's proximity to Switzerland, Austria and France, there's a lot of crossover in how cheese, meats and cream are used in dishes. Southern Italian food is lighter and brighter, with a lot of simple seafood and vegetable-based dishes.

According to Daniela Savone, chef brand ambassador for Botticelli foods and writer for La Cucina Italiana USA, the traditional course structure of Italian meals didn't incorporate the mixture of seafood and cheese.

"For Italians — in Italy — fish or seafood, if eaten as the entree or 'secondo' course, prepare and serve it as simple as possible, typically with olive oil, lemon & fresh herbs, and with a small vegetable side or 'contorno' because they don't want to take away from the beauty, freshness and taste of the fish," she said.

Savone said that while she likes to sprinkle a little grated cheese on a bowl of pasta and shellfish, like linguine alle vongole, "adding cheese and lots of heavy cream to seafood is an Americanized thing."

"Italian-Americans, depending on the generation and 'how Italian' they truly are — and who have been to Italy or grew up like myself in a first-generation Italian home — know that the way seafood and cheese is served here would never be served in Italy," she said.

Maureen Minard, a D.C.-based history instructor whose family is Puglian, said there may also be some old wives' wisdom associated with reluctance to mix the two.

"Italians actually have tons of strong opinions on dairy and when to consume it," she said. "For example, one never has a cappuccino after 11 a.m. It is due to the dairy upsetting the stomach. Italians are very concerned with one's health and constitution. There are tons of phrases or things a nonna might say about how food might sit in your stomach."

While that may not be true for everyone, there is a lingering, prevailing sense that the combination of seafood and cheese just isn't done.

"Why don't cheese and seafood go together?" said food writer Natalia Manzocco. "Because my nonna said so and if you put parmigiano on your spaghetti frutti di mare her ghost will chase you with a wooden spoon."

As a non-Italian, I understand the hesitancy. The idea of overpowering delicate steamed mussels with, say, a hunk of buttery brie is not just unappealing, but it seems like a waste of both ingredients. The mussels will shine more brightly with a simple splash of citrus while the brie belongs with something acidic. (Perhaps Maggie Hennessy's tomato and brie pasta?) That said, home cooking is more fun when culinary "rules" — including so-called bans — are viewed as suggested parameters.

After all, it's not too late to change your mind, as seen on a recent episode of "Top Chef" when judges Padma Lakshmi and Tom Colicchio were served a smoked trout dish showered with a dusting of briny cheese.

"Considering I really hate any mixture of seafood and cheese, I didn't mind this dish," Lakshmi said. Collichio, mid-bite, nodded: "I'm with you."