How Washington dealt with a pandemic — in the 18th century

U.S. political parties were similarly riven by arguments over public health back in the late 18th century 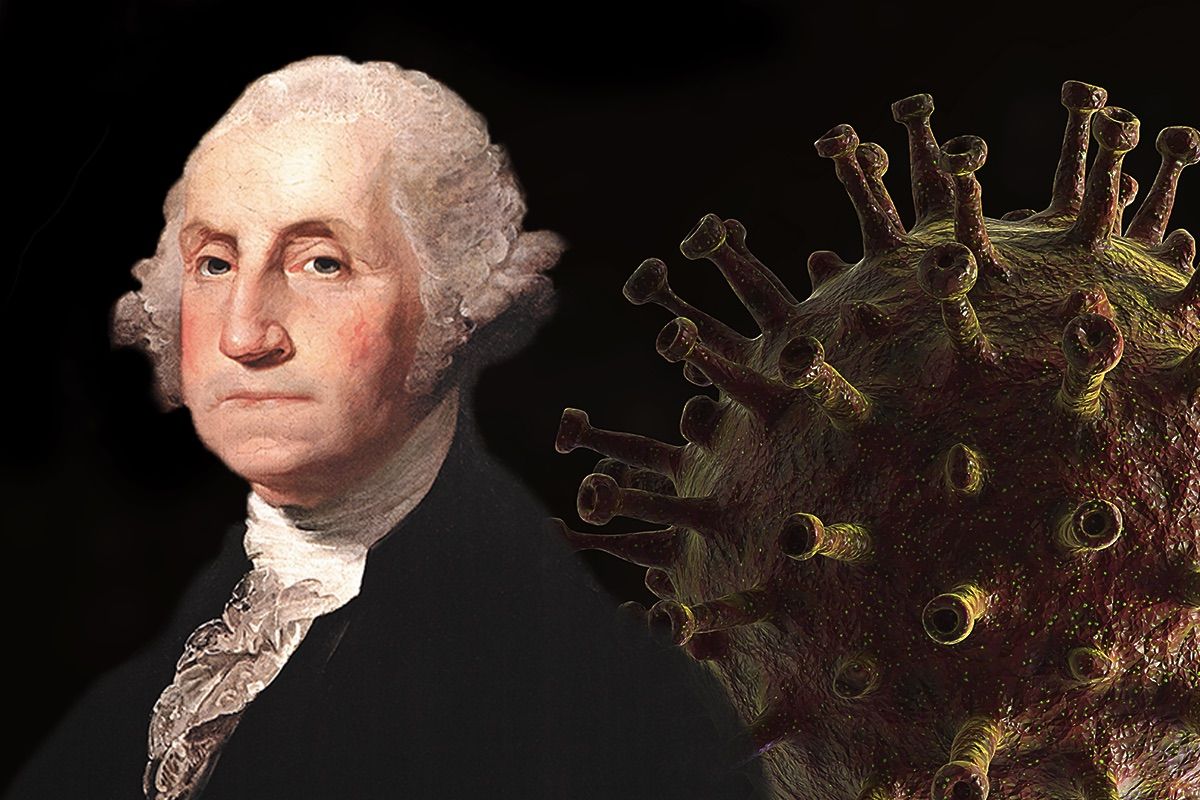 Last year, George Washington's presidential administration became surprisingly relevant to today's politics — not only because of his prescience with regards to so many of America's current political ills, or his founding father status. Rather Washington, like Trump and now Biden, had to fight a raging pandemic.

As biologist Joshua S. Loomis explains in his book "Epidemics: The Impact of Germs and Their Power Over Humanity," Washington and other founding fathers like John Adams were concerned that because most soldiers in the Continental Army had not been exposed to smallpox as children, they would be susceptible to an outbreak once everyone was living in close quarters. As John Adams argued, "the smallpox is ten times more terrible than Britons, Canadians, and Indians together."

These Founding Fathers' fears were confirmed when an epidemic hit Boston (then controlled by the British) and refugees began to pour in behind American lines. Washington responded by imposing strict quarantine on any soldier showing signs of the disease or who had recently received variolation, an early form of inoculation in which people were infected with substances from the pustules of mildly infected patients.

While quarantining worked for the American cause in Boston, however, it was less successful in Canada, as nearly half the troops were wiped out by smallpox. Britain took advantage of this, quickly dashing American dreams of conquering part of Canada.

Just as Biden did with today's military, Washington eventually decided that he needed to require every soldier to receive an inoculation (albeit through variolation), a policy that he secretly implemented during the winters of 1777 and 1778. His plan worked; today many historians argue that it was essential to America's success in the Revolutionary War, as Washington otherwise would have had to waste time fighting outbreaks and possibly lose too many of his troops in the process.

The parallels between federal pandemic management now and then are astonishing, given the 243-year time gap. And while the tenor of the cultural conversation may have been different — certainly there was no "culture war" then, at least not in the modern sense — Washington was, like many world leaders, acting on pro-science, pro-common welfare principles.

As historians attest, when Washington had the power to do so in a robust way, he always prioritized protecting lives and using the best current scientific knowledge. If he lacked that power, he still tried to behave responsibly, both to protect his own life and set a good example. He lived in imperfect times — both in terms of what a president could accomplish and what public officials understood about infectious diseases — but managed to consistently handle pandemics with remarkable insight and skill.

According to Dr. Lindsay M. Chervinsky, author of "The Cabinet: George Washington and the Creation of an American Institution," there was no concept of national public health during the Washington administration, which lasted from 1789 to 1797. Because public health matters were perceived as the strict domain of state and local authorities, Washington was unable to act when a severe yellow fever outbreak swept through Philadelphia (then the capital) in 1793. Instead the president, Congress and other major officials fled the city that year (and during outbreaks in the subsequent years) when they knew the weather made it more likely they'd get infected. After the cold weather killed off enough mosquitoes to make the threat subside, they would leave Germantown, Pennsylvania or Trenton, New Jersey and return to govern from Philadelphia. This not only protected the government's key players from harm, but (perhaps unintentionally) showed the public how it should behave during an outbreak.

Although the pandemic was politicized during Washington's presidency, neither side displayed flat-out contempt for science. The two major political parties then were the Democratic-Republicans (led by Thomas Jefferson and James Madison) and the Federalists (led by Alexander Hamilton and John Adams, with Washington having Federalist sympathies). The Democratic-Republicans tended to blame the pandemic on the unhealthy physical climate in cities, a position in keeping with their pro-rural political philosophy. Federalists, who were xenophobic and protectionist, argued that immigrants and merchant ships from the Caribbean and Africa had brought diseases to American shores. Since yellow fever is transmitted through infected mosquito bites, each side had a point: Mosquitoes die out in Philadelphia during the winter, so the yellow fever had to have been imported from somewhere (in this case Saint-Domingue, or modern-day Haiti), but once it arrived the fetid conditions in Philadelphia offered them a fertile breeding ground.

"The main parallel today is that the disease and the 'treatment' or vaccine has become polarized, but for very different reasons than in 1793," Chervinsky told Salon by email. "No one was arguing the disease was a hoax or denying science. Instead, they came to different conclusions based on observations, even if those observations were politically biased." Neither side based their entire position on fabricating facts, as Trump and his supporters did during the COVID-19 pandemic. "Both sides' observations were valid, they just weren't the whole picture," Chervinsky added.

As Loomis noted, Washington was also dealing with disadvantages beyond his control.

"It is important to keep in mind that in the late 18th and early 19th centuries, no one yet understood how epidemic diseases were transmitted," Loomis wrote to Salon. "Most still believed that noxious odors (miasma), imbalanced body fluids (humors), natural disasters, or evil spirits were the causes of epidemic diseases like yellow fever, plague, and smallpox." Those views would change in the mid-19th century thanks to scientists Louis Pasteur, Robert Koch, John Snow, Joseph Lister and Ignaz Semmelweis who popularized what we now know as Germ Theory.

Given this context, leaders in Washington's time responded to epidemics through basic sanitation measures and quarantining, evacuating from a dangerous area if necessary. As general, Washington was "more proactive and pragmatic when it came to disease prevention" because it was necessary from a military standpoint. As president, he merely did what most of his contemporaries would have been expected to do in analogous circumstances. He also refrained from creating a bully pulpit, at least when it came to public health issues.

"For instance, he never publicly encouraged widespread smallpox variolation for the general population nor did he respond outside the norm when yellow fever struck Philadelphia in 1793," Loomis added.

The point here is not that Washington responded to the pandemics of his time perfectly. At the same time, both he and America's other political leaders understood that infectious diseases were a serious problem and needed to be addressed. They also understood that public officials had a responsibility to use the best scientific knowledge available, even if the responsibility fell on local officials in certain situations.

Yet there is one major political difference between pandemic management then and now. While Washington still had his limitations as a leader, at no point did either he or any of the other political leaders of his time flat-out deny science or disregard the public welfare.

It is also clear that, while we can't know with certainty how they would have reacted to the pandemic, the politicians of 1780s and 1790s certainly would not have viewed Biden's vaccine mandates and other COVID-19 policies as tyrannical. Such policies are in line with Washington's variolation mandate for soldiers and his moving the government out of Philadelphia during yellow fever outbreaks. Washington was also willing to use political power creatively when he deemed it necessary for the public good, a philosophy that he never questioned was compatible with democracy.

"I'm looking hard, but I have yet to see a vaccination or mask mandate relating to COVID-19 from the Biden administration that I think comes even close to the line of unconstitutionality or lack of executive authority," Laurence Tribe, a legal scholar at Harvard University who specializes in constitutional law, told Salon by email.