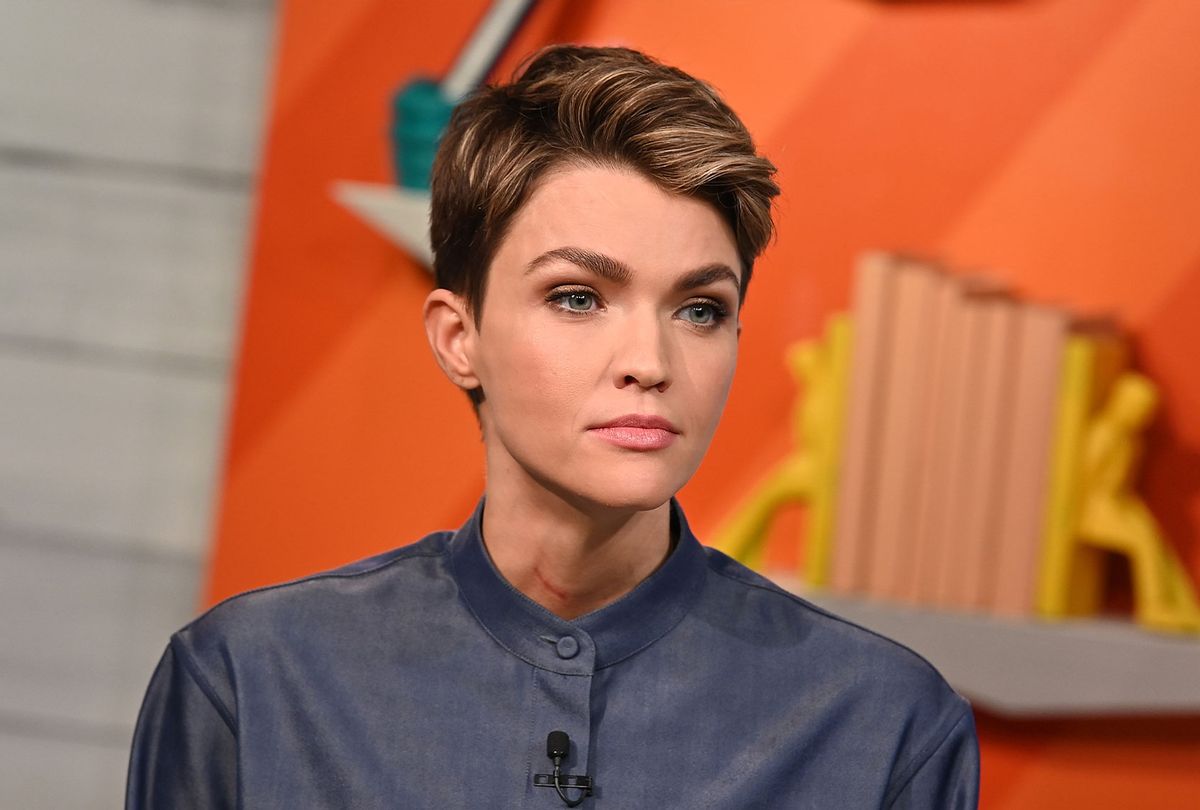 When Ruby Rose joined CW's "Batwoman" as Kat Kane, the titular Batwoman, in 2019, the casting was celebrated as a triumph for LGBTQ representation, as Rose is lesbian and genderfluid. The character of Kat Kane is also lesbian, and one of the first openly queer onscreen superheroes.

But Rose's tenure as Batwoman was short-lived, as they departed the show after one season. In a series of Instagram story posts on Wednesday, Rose finally opened up about the real reasons they left the show last year, citing abuse and unsafe working conditions.

Addressing "Batwoman" showrunner Caroline Dries, executive producers Greg Berlanti and Sarah Schechter, and the CW, Rose wrote, "I will come for you so what happened to me never happens to another person again. . . . I can finally take back my life and the truth. Shame on you."

Rose specifically alleges that after they were severely injured filming a stunt, they were given 10 days to return to filming after a major surgery for two herniated discs, "or the whole crew and cast would be fired and I'd let everyone down because [then-Warner Bros. Television Group head] Peter Roth said he wouldn't recast and I just lost the studio millions (by getting injured on his set)."

RELATED: Ruby Rose on how she embraced gender fluidity: "I just wanted to be more comfortable in my own skin"

According to Rose, they weren't the only one who sustained serious injuries on the set of "Batwoman." They allege that a crewmember suffered third-degree burns and a production assistant experienced an on-set accident that left them quadriplegic. Rose says the CW initially refused to help the production assistant, who was left to use GoFundMe to raise medical expenses for the incident.

Rose also claims "Batwoman" resumed filming during the pandemic despite safety concerns, even as other CW shows like "Riverdale" and "The Flash" shut down for safety reasons. According to the actor, the CW "ruined" and "destroyed" the character of Kate Kane-slash-Batwoman.

Shortly after Rose made these claims on their social media, Warner Bros. TV has since responded in a statement shared on social media by calling the star's comments "revisionist history," and claimed that they had parted ways with Rose over for other reasons.

"The truth is that Warner Bros. Television had decided not to exercise its option to engage Ruby for Season 2 of 'Batwoman' based on multiple complaints about workplace behavior that were extensively reviewed and handled privately out of respect for all concerned," the statement reads.

Since Rose's departure from the show, the lead role of Batwoman has been taken on by Javicia Leslie, who became TV's first Black Batwoman. Leslie plays Ryan Wilder, who has taken on the mantle of Batwoman from Kate, who is written off as having suffered injuries from a plane crash early in Season 2, and is now being played by Wallis Day.

As the conversation about more diverse superheroes continues, Rose's allegations also highlight the importance of ensuring that the diverse actors who are cast in these roles are supported behind the scenes, too. Onscreen representation is vitally important, but only one part of the equation when it comes to creating more inclusive spaces and stories.