Why, exactly, are two of the most controversial senators cosplaying as nice people? 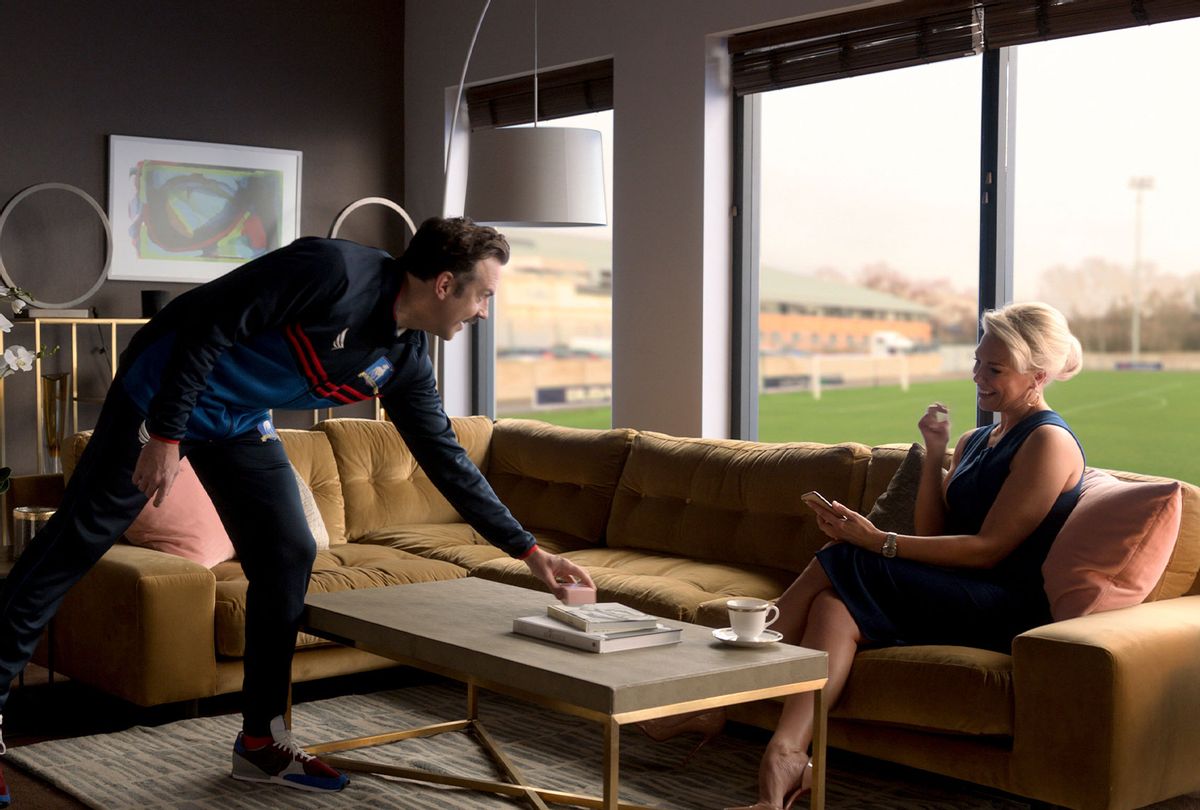 With Halloween a few days away, Capitol Hill is getting spooky.

In the Emmy-winning comedy, Kansas native Ted is a famous American college football coach who moves to London to coach the AFC Richmond football club, which Rebecca owns. Since American football and the sport the rest of the world calls football are vastly different, it's clear that his selection is unexpected to say the least.

RELATED: The "Ted Lasso" way is comforting – and a counter to the hollow nationalism Americans have embraced

It turns out that Rebecca chose Ted to deliberately try and sabotage the team, which once belonged to her philandering ex-husband. She has no interest in seeing Ted succeed, let alone building a friendship with him – but somewhere between morning biscuit dropoffs and emotionally vulnerable conversations, the two build a deep, almost familial friendship. And for all Ted and Rebecca's problems, like Ted's compulsive need to be liked, as the Season 2 team therapist Dr. Sharon Fieldstone (Sarah Niles) points out, or Rebecca's mean-spirited reasons for hiring Ted, both have become widely beloved characters on a show that's famous for its prevailing niceness and positivity. 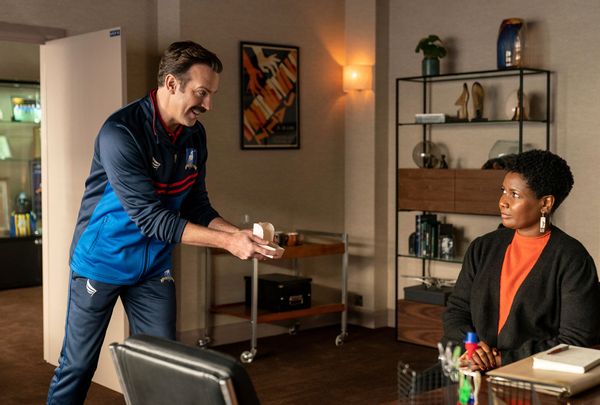 It's all just very nice, which is why Romney and Sinema's cosplaying raised a few eyebrows.

One of the posts is a GIF of Romney as Ted proferring Sinema, in the role of Rebecca, a box of the signature biscuits. In another post, he shares a still photo of him handing her the box. "Biscuits with the boss," he writes, and captions the follow-up tweet, "She's one tough cookie."

In another tweeted GIF, the mustachioed Romney tapping the yellow hand-lettered "BELIEVE" sign, mimicking the inspirational message that of Coach Lasso hangs above his doorway.

"If you believe in yourself, and have clear eyes and full hearts — you can't lose," he captions the post, paraphrasing another sports-centric series, "Friday Night Lights."

And in yet another tweet, Romney tags Sudeikis directly, posing in Ted's signature coaching attire with a soccer ball in one hand. "After 10 years, I'm finally returning the favor. How was my @TedLasso, @JasonSudeikis?" he writes.

The irony of Romney and Sinema posing as Ted and Rebecca hasn't been lost on their critics on social media. The exchange is tantamount to two of the most controversial members of Congress cosplaying as, well, nice people. (They aren't nice people.)

Romney, after all, is most famous for bucking his party to vote to impeach former President Trump during Trump's first impeachment trial, only to go on to support nearly all of Trump's agenda, including confirming his nightmarish Supreme Court and judicial nominees.

Sinema, on the other hand, has been in the news more lately, most notably for derailing nearly all of President Biden and the Democratic party's agenda. Sinema has opposed minimum wage increases, climate change action, and ending the filibuster, which is key to almost any progressive policy change. The Arizona senator is increasingly cozying up to Republicans like Romney as a result.

The irony of their supposed, feel-good, "across the aisle" friendship is that Romney's own policy stances could have Sinema, who is openly bisexual, removed from her job. "A reminder that Mitt Romney's public position is that it should be legal for Kyrsten Sinema to be fired from a job for being bisexual," one user tweeted.

"It's nice to see two people from two different parties come together over their mutual disdain for the poor and love for lining their own pockets," another wrote.

Arguably in some ways, Romney and Sinema reflect the worst traits of the characters they're dressed as. There's Romney's almost compulsive need to be liked by everyone, from anti-Trump Republicans and some liberals, as demonstrated by his pro-impeachment vote, to the most intolerant wings of the Republican party, as demonstrated by nearly all his policy stances. And as for Sinema, you'll recall how Rebecca spent the entire first season of "Ted Lasso" sabotaging her own team. Well, Sinema, in real life, has spent the past year sabotaging her own political party.