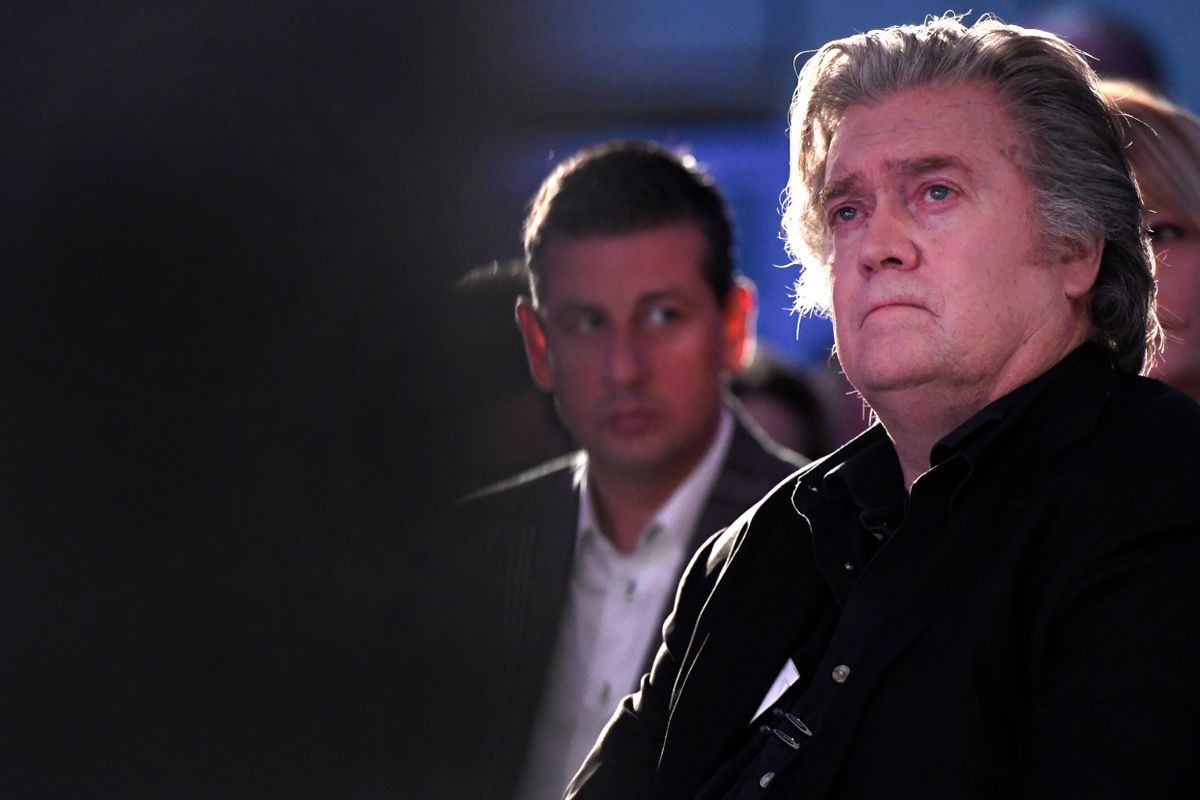 Former Trump adviser Steve Bannon was indicted by a federal grand jury for contempt of Congress in connection with his refusal to comply with a subpoena from the House select committee investigating the Jan. 6 Capitol riot, the Department of Justice announced Friday.

It was the latest development in a well-publicized saga that saw Attorney General Merrick Garland under immense political pressure to indict the former Trump confidant for stonewalling the committee. In recent days, some legal groups even called for Garland's resignation over his refusal to take full-throated action against Trump Administration officials, including Bannon, who they believe played a central role in the attempted insurrection.

"Since my first day in office, I have promised Justice Department employees that together we would show the American people by word and deed that the department adheres to the rule of law, follows the facts and the law and pursues equal justice under the law," Garland said in a statement announcing the charges. "Today's charges reflect the department's steadfast commitment to these principles."

The indictment also answers a long-running question: whether or not former White House officials and others who faced subpoenas from the Jan. 6 committee would be forced to comply with the requests. The Bannon case is widely seen by legal experts as a test case that will determine the committee's power to compel cooperation from others who look to stonewall their investigation using controversial legal arguments for executive privilege.

These charges against Bannon also foreshadow another imminent showdown with former White House Chief of Staff Mark Meadows, who reportedly failed to appear for a scheduled deposition before the committee Friday. Former DOJ official Jeffrey Clark, who is accused of being one of the main architects of Trump's efforts to overturn the 2020 election results, also appeared before the committee last week but did not answer any questions, according to multiple reports.

Bannon's legal drama began in early October when the Democrat-led committee subpoenaed the longtime right-wing operative for both documents and testimony. The committee pointed to reports that Bannon appeared to play a central role in Trump's efforts to subvert the 2020 election results, appearing many times at the Willard Hotel "war room" where Trump allies allegedly gamed out ways to keep the defeated president in power. On Jan. 5, Bannon also made a series of incendiary comments on his popular podcast — appropriately called "The War Room" — in which he appeared to encourage violence by saying "all hell is going to break loose" and "we're all going to converge" on the Capitol on Jan. 6 to "impose our will," according to an analysis by Media Matter for America.

"It's like in football. You have to impose your will on the opposition."

At the time, Bannon's attorneys cited executive privilege for his refusal to cooperate with the Jan. 6 committee's request — despite the fact that Trump was no longer in office.

The committee then referred him for criminal contempt of Congress on Oct. 21.